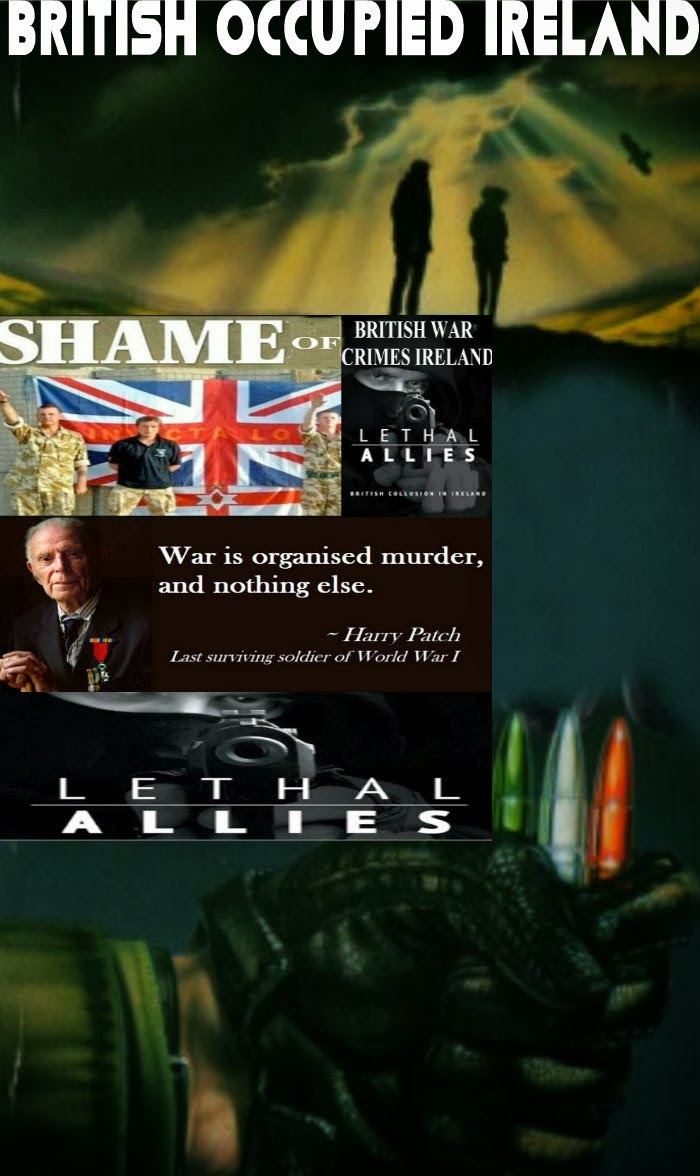 November 21, 2013 "Information Clearing House - Soldiers from an undercover unit used by the British army in Northern Ireland killed unarmed civilians, former members have told BBC One's Panorama.
Speaking publicly for the first time, the ex-members of the Military Reaction Force (MRF), which was disbanded in 1973, said they had been tasked with "hunting down" IRA members in Belfast.
The former soldiers said they believed the unit had saved many lives.
The Ministry of Defence said it had referred the disclosures to police.
'Surveillance from gutters'
The details have emerged a day after Northern Ireland's attorney general, John Larkin, suggested ending any prosecutions over Troubles-related killings that took place before the signing of the Good Friday Agreement in 1998.
The proposal has been criticised by groups representing relatives of victims.
Panorama has been told the MRF consisted of about 40 men handpicked from across the British army.
Before it was disbanded 40 years ago, after 18 months, plain-clothes soldiers carried out round-the-clock patrols of west Belfast - the heartland of the IRA - in unmarked cars.
Three former members of the unit, who agreed to be interviewed on condition their identities were disguised, said they had posed as Belfast City Council road sweepers, dustmen and even "meths drinkers", carrying out surveillance from street gutters.
But surveillance was just one part of their work.
One of the soldiers said they had also fired on suspected IRA members.
He described their mission as "to draw out the IRA and to minimise their activities... if they needed shooting, they'd be shot".
'Targets taken down'
Another former member of the unit said: "We never wore uniform - very few people knew what rank anyone was anyway.
"We were hunting down hardcore baby-killers, terrorists, people that would kill you without even thinking about it."
A third former MRF soldier said: "If you had a player who was a well-known shooter who carried out quite a lot of assassinations... then he had to be taken out.
"[They were] killers themselves, and they had no mercy for anybody."
In 1972 there were more than 10,600 shootings in Northern Ireland. It is not possible to say how many the unit was involved in.
The MRF's operational records have been destroyed and its former members refused to incriminate themselves or their comrades in specific incidents when interviewed by Panorama.
But they admitted shooting and killing unarmed civilians.
When asked if on occasion the MRF would make an assumption that someone had a weapon, even if they could not see one, one of the former soldiers replied "occasionally".
"We didn't go around town blasting, shooting all over the place like you see on the TV, we were going down there and finding, looking for our targets, finding them and taking them down," he said. 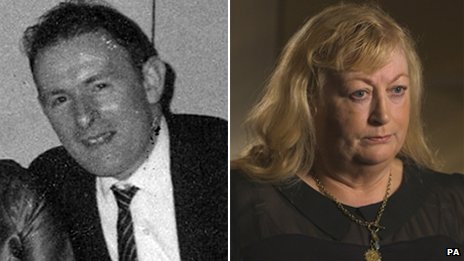 Patricia McVeigh says her father Patrick was shot in the back as he stopped to talk to men at a checkpoint
"We may not have seen a weapon, but there more than likely would have been weapons there in a vigilante patrol."
Panorama has identified 10 unarmed civilians shot, according to witnesses, by the MRF:
Patricia McVeigh told the BBC she believed her father, Patrick McVeigh, had been shot in the back and killed by plain clothes soldiers on 12 May 1972 and said she wanted justice for him.
"He was an innocent man, he had every right to be on the street walking home. He didn't deserve to die like this," she said.
Her solicitor Padraig O'Muirigh said he was considering civil action against the Ministry of Defence in light of Panorama's revelations.
The MoD refused to say whether soldiers involved in specific shootings had been members of the MRF.
'Pretty gruesome'
It said it had referred allegations that MRF soldiers shot unarmed men to police in Northern Ireland.
But the members of the MRF who Panorama interviewed said their actions had ultimately helped bring about the IRA's decision to lay down arms.
Gen Sir Mike Jackson, the former head of the British army, and a young paratrooper captain in 1972, said he had known little of the unit's activities at the time, but admired the bravery of soldiers involved in undercover work.
He said: "That takes a lot of courage and it's a cold courage. It's not the courage of hot blood [used by] soldiers in a firefight.
"You know if you are discovered, a pretty gruesome fate may well await you - torture followed by murder." 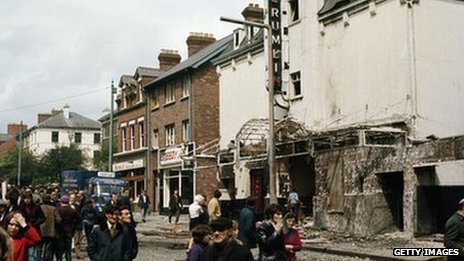 The IRA planted nearly 1,800 bombs - an average of five a day - in 1972
Col Richard Kemp, who carried out 10 tours of Northern Ireland between 1979 and 2001, told BBC Radio 4's Today programme charges could be brought if there was new evidence unarmed civilians had been killed.
But he added: "Soldiers often speak with bravado and I wonder how many of those soldiers are saying that they themselves shot and killed unarmed civilians."
Panorama has learnt a Ministry of Defence review concluded the MRF had "no provision for detailed command and control".
Forty years later and families and victims are still looking for answers as to who carried out shootings.
Former detectives are reviewing all of the deaths in Northern Ireland during the conflict as part of the Historical Enquiries Team set up following the peace process.
Around 11% of the 3,260 deaths being reviewed were the responsibility of the state.
Panorama: Britain's Secret Terror Force, BBC One, Thursday 21 November at 21:00 GMT and then available in the UK on the BBC iPlayer.
What's your response? -  Scroll down to add / read comments
Posted by Unknown at 3:36 PM