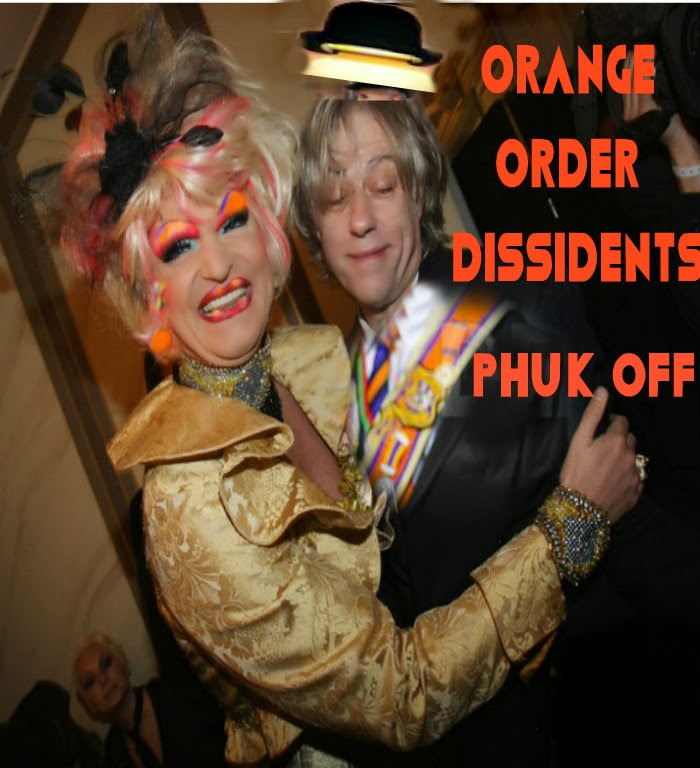 "Give it a f***ing rest and grow up!" -- that's the message from West Brit, Bob Geldof to peace process critics and dissidents in Northern Ireland.

The ever-colourful and controversial rock singer turned Third World and environmental campaigner is back inBelfast this week.
His band The Boomtown Rats has reformed for a 17-date British Isles tour which kicked off in Dublin last weekend and they hit the Ulster Hall on Friday.
And Bob -- who sang his way to the top of the UK charts with Rat Trap and I Don't Like Mondays -- has castigated those in Northern Irelandwho are "harping on about the past".
Asked if he takes a continuing interest in Northern Ireland affairs, Bob said "of course".
"If you talk to me about the difference between the time when the Rats first showed up in the north in 1979 and when we show up this week, it is a world away.
"For those who keep harping on about the past and those tired old mythologies -- give it a f***ing rest and grow up like the rest of the place seems to have done.
"The peace agreement was one of the greatest moments of my life. I actually have a framed copy of the signed thing by everyone."
Bob has fond memories of Belfast as the city played host to the Rats when they were banned by their home city of Dublin -- where they were labelled as "licentious festering reprobates".
"The gigs in Belfast were heroic. It was just a fantastic crowd.
"I remember talking to Phil Lynott about it and we both agreed that given the choice of gigs, it was Belfast for us. And we are playing the Ulster Hall again. I just hope they have improved the bloody sound this time!"
* Tickets for The Boomtown Rats at the Ulster Hall are £30 -- from Ticketmaster outlets.
* You can read more about Bob Geldof becoming the first Irishman in space, why he will never write another autobiography and why he believes the world could end by 2030 in next week's Sunday Life.
Posted by Unknown at 5:00 AM