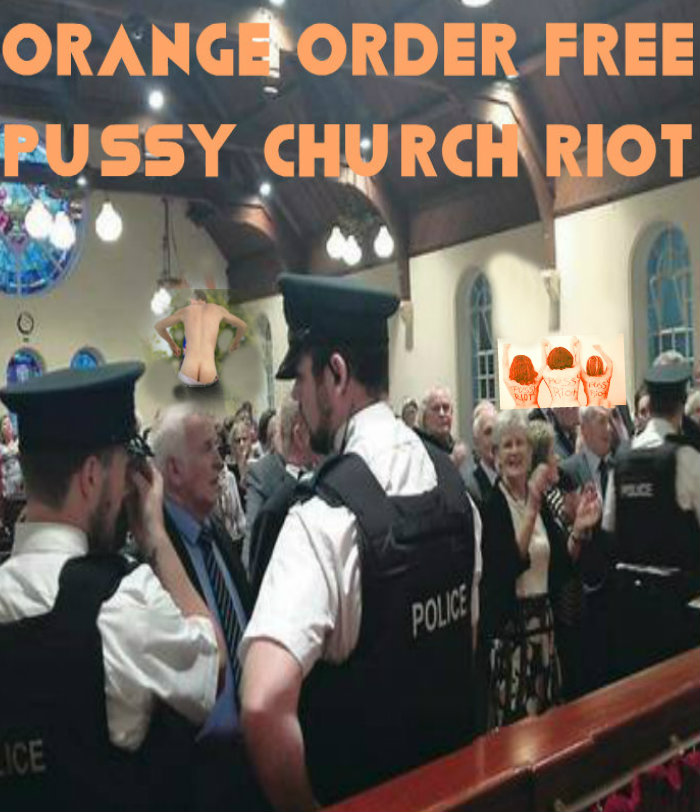 British Paramilitary police were again present, as observers at morning worship, in what has become known as the Orange Order Free Pussy Church, in British Occupied Ireland, where there were unprecedented riots by the Orange Order three weeks ago, against  a Protestant minister who refuses to join the Orange Order. This week Orange order riots in Church were replaced by another “very visual” performance.
For a third week in a row, the PSNI were present in the Protestant Curch of Ballynahinch Congregational Church, as an Orange Order section of the congregation, rose and left the building shortly after the start of service, in a“very visual” protest, as service began at 11.30am. On this occasion the riot of three weeks ago, was replaced by a different type Orange Order protest in the Church. The Orange Order Church rioters after leaving, reconvened in the nearby Orange Hall.
Prior to Sunday’s service, one of the church trustees, said that there would “definitely” be a protest at yesterday’s service where he also promised another “very visual” performance, similar to Free Pussy  Riot's 11 women from about 20 to 33, wearing orange colored balaclavas would stage a provocative guerrilla performance.The lyrical themes of the Orange Order such as the Sash, and Kick the Pope were also played, as Orange Order Free Pussy included opposition in their repetoire, to the visit of Richard Haass from the US to Ireland, whom they regard as a dictator. They have also sang a wee number titled, "Orange Prayer - Mother of God, Chase the American Fenians Away!. The Orange Order Church Rioters said, their protest was directed primarily at non secular Orange order ministers in Politics and the Church. 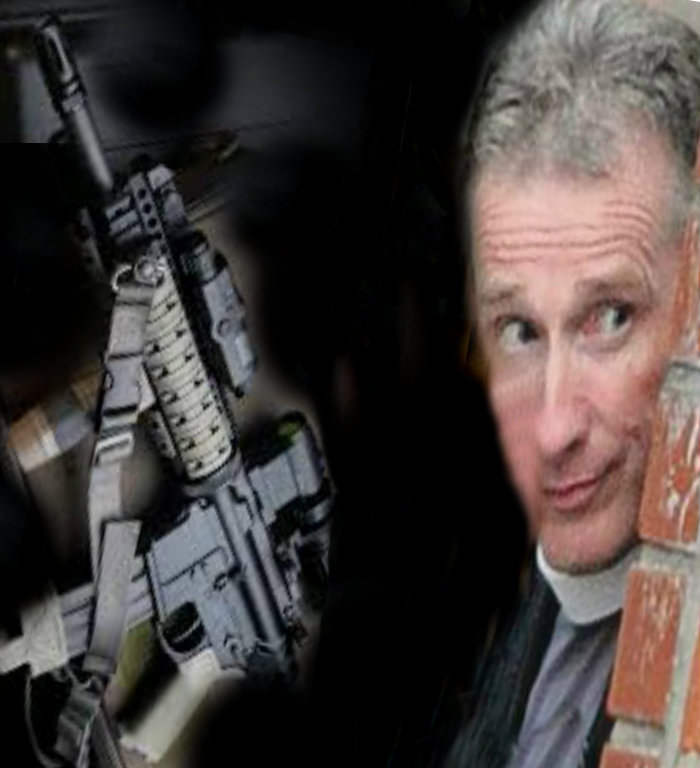 There was also a banner which contained a Bible verse from Jeremiah chapter 23, verse one, in which Jesus Christ, rants against pastors and American politicians who “destroy and scatter” the Children of Israel. The God fearing Rev Speers has said little in public, since the protests yesterday when asked about the banner. It's not clear, if Israel plans a drone strike, to help their beleaguered Orange order bretheren. Billy Hamilton, who is listed as bring responsible for the church bulletin, said he did not go to church in the morning. When he was asked why he was unable to attend, he said: “It’s none of your xxxxxxx business where I go.”
Last week a member of another Protestant church, appealed for an end to the Orange Order riots and protests, which he said brought “shame” on Christianity. Another said: “It is sad and heartbreaking to see the display of godless, carnal, unscriptural, unChristlike behaviour displayed in Ballynahinch Congregational Church.
“Scenes of wickedness and evil intent presented in the media are to be condemned by all true Christians and, indeed, all Congregationalists. There appears to be no evidence of saving grace or the mind of Christ in this vitriolic and vicious behaviour.” 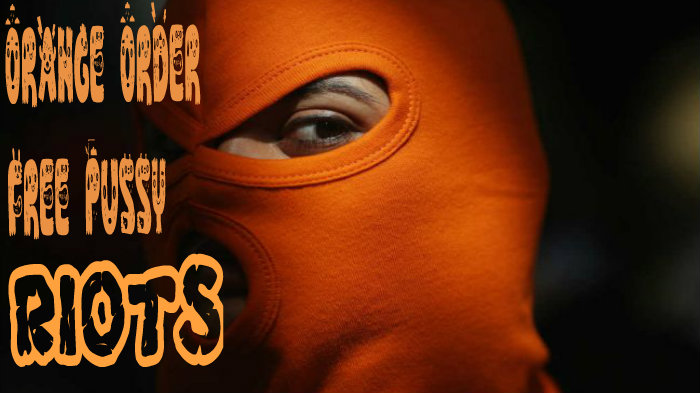 Part of the protest is against Richard Haass who is to chair all-party talks, on the most divisive issues confronting British Occupied Ireland later this week and wants them to be as inclusive as possible. It is not clear, if he will rule on the burning issue of internment without trial by the British.

On Sunday, around 40 orange men who are church members, left their seats in Ballynahinch Congregational Church and began to roar and shout at the minister. They roared "Out, Out, Out" and we want our fleg while clapping, whistling cheering and kicking the church furniture, while at the same time surrounding the minister in the pulpit. One orange man was spoken to by police for messing with the organ the organ.There has also been calls for all orange men to be barred from Church services in British Occupied Ireland before they cause anymore church riots and declared an illegal organization in Ireland.

A very senior church official in the Protestant church, says he has never saw anything like these orange men rioting in the church before, with other law abiding god fearing Protestants parishioners and their minister in a seriously divided Protestant congregation this week. Rev Victor Neill's commented on the Orange Order riot, after armed paramilitary police officers stormed the service at Ballynahinch Congregational Church, after their minister came under siege by a group of angry rioting Orange Order worshippers on Sunday."We wouldn't wish this on anyone, we haven't seen anything like it before,there are sometimes issues like this but I have never seen them reach this stage." said Rev Victor Neill, the chairperson of the Protestant Congregational Union of Ireland.

During the extraordinary rioting in the Church, the Rev George Speers was forced to use a megaphone, to try to be heard by his congregation, above the jeering Orange men from the pews while preaching. This is the second time this week, where Orange men have prevented a congregation in a church in British Occupied Ireland, from hearing their preacher and praying, They also blasted a Catholic Church with sectarian flute noise and cacophonous Lambeg drums, while a priest was attempting to say mass. Aside from the orange sectarianism against Catholics, they are now turning on their own with riots in Protestant churches, with the paramilitary PSNI police forced to storm and invade the Protestant Church to bring the riot under control. It is understood that the PSNI considered using water cannon and plastic bullets in the Church at one stage. Disputes inspired by the Orange Order have split Protestant parishioners and church-goers who support the minister and those who support the Orange Order.


Many of the details are sketchy because the Orange Order, are involved in a massive cover up about their own involvement with the attacks on the Protestant minister under siege and under attack. Rev Neill said: "We can do no more than offer our help and wait and see.We issued our statement to both sides but no-one has come forward." Geoff Buchanan who is involved with the boys at the church, says he understands both sides in the bitter row but the rioting of the Orange Order protest was inappropriate in a church setting."There were a lot of young children there and it is hard to justify that sort of rioting and level of noise. I am pretty neutral in this, but both sides have dug trenches and are very reluctant to back down.There needs to be a cooling off period and mediation so both sides can learn to be in the same building together."

Trustee Trevor Carruthers said: "I was 12 stone 6 when this all started and I dropped to 10 stone 6." while trustee Jimmy McClenaghan said: "This has been going on for more than two years, people can't sleep at night.I know one Orange woman who went to the doctors to get drugs and the doctor said, 'I suppose you belong to that Protestant church as well over there.'" It is also understood, that some republican paramilitaries have offered to protect the minister from the Orange Order. It is also understood, that the republican Mayor of Belfast, has offered to mediate but has been told in no uncertain terms to fcuk off, unless he puts the Fleg back up. There are also reports that the the Orange Order have called in the Ulster Volunteer Force and death threats have been issued to the Protestant minister from loyalist paramilitaries.Some commentators in the Belfast Telegraph give us a little more insight into the secret affair which is being covered up.
Posted by Unknown at 4:25 PM