She is known as the English Viceroyal of British Occupied Ireland. The overlord who overrules native ministers of the Stormont Parliament and overrules judges who ordered the immediate release of Martin Corey. Others called her the Countess or the Count and unfortunately with the passage of time many have dropped the U, which is a bit rough but then there's Her Majesty and it certainly applies there, so the statement hold true either way, its PUTIN FREE PUSSY C(O)UNT #RELEASE MARTIN COREY


The case of Pussy Riot was adopted by human rights group Amnesty International, which designated the women prisoners of conscience. Putin stated that the band had "undermined the moral foundations" of the nation and "got what they asked for" On February 21, 2012, the group staged a performance in Moscow's Cathedral of Christ the Savior. Their music entitled "Punk Prayer - Mother of God, Chase Putin Away!" was stopped by Church officials "Punk Prayer - Mother of God, Chase Putin Away!". The women were initially imprisoned but a pussy was freed by Putin later .Putin has since given political sanctuary to whistle blower Edward Snowden and offered political asylum to prisoner of conscience Martin Corey, who has been interned without trial, for more than 3 years in British Occupied Ireland, after already serving almost twenty years for political offences.

Amnesty before being infiltrated, were an excellent, highly respected organization, who previously produced a report on Martin Corey's colleagues interned around Martin's original arrest, which the following excerpt from an Amensty International  report explained: "Apparently pre-designated persons were arrested and not mal-treated until processed and transferred to a special interrogation centre, where they were then subjected to severe beatings and physical tortures in the nature of being forced to stand in a "search position" (legs apart, hands against wall) for hours at a time.

When they would collapse, severe beatings were again administered. This pattern was followed by prolonged interrogation, often over several hours, The prisoners were offered money to give information relating to Irish Republican Army activities in Northern Ireland. During these tortures, the prisoners were first stripped naked, their heads covered with an opaque cloth bag with no ventilation. They were then dressed in large boiler suits (one-piece coverall garments). They were forced into the search position in a room filled with the high pitched whining sound of am air compressor or similar device. This went on in some cases for 6 to 7 days. Many prisoners felt they were on the brink of insanity — one alleges he prayed for death, another that he tried to kill himself by banging his head against some metal piping in the room.

In short, the allegations are of such nature as to provide a prima facie case of brutality and torture in contravention of Article 5 of the Universal Declaration of Human Rights and Article 5 of the European Convention on Human Rights. These statements conjure a familiar picture of activities employed by an army of occupation against a hostile population."

As a result of Amnesty's work a case was taken by the Irish Government against the British Government to the European Court of Human Rights set up after the Nuremberg Nazi Trials. Britain was found guilty of the torture of Martin Corey comrades and they promised to cease their activities. They then to circumvent Human Rights Laws, started the process of rendering their torture overseas and taught the Americans how to uses their infamous 5 torture techniques. These techniques became infamous in Abu Graib torture, invented by the British in Occupied Ireland used on Martin Corey and his comrades, almost 40 years ago in Long Kesh Concentration Camp, British Occupied Ireland.


The Army Pulled The Trigger, But The West Loaded The Gun

How Western liberals provided the moral ammo for the massacres in Egypt.

Brendan O’Neill is editor of spiked. http://www.spiked-online.com
Posted by Unknown at 5:08 PM 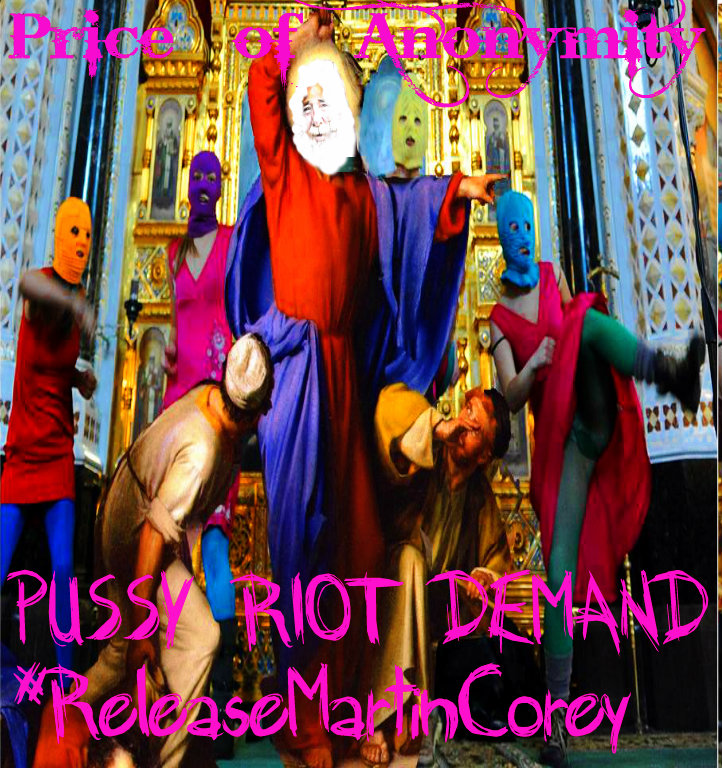 According to the Belfast Telegraph

"As Marian McGlinchey was returned for trial accused of aiding and abetting at an Easter commemoration event, her lawyers sought reporting restrictions in the case.
They argued that she faced greater threat of being killed by loyalist paramilitaries if her details and any up-to-date photos were published.
But a judge at Belfast Magistrates' Court refused to grant the order due to a lack of evidence that the risk to life is real and immediate.
McGlinchey (59) and of no fixed address, is charged in connection with a demonstration at Derry City Cemetery in April 2011.
It is alleged that she helped another person who addressed the rally in support of an outlawed organisation, namely the Irish Republican Army.
McGlinchey, also known as Marian Price, served a jail sentence along with her late sister Dolours for the 1973 IRA bomb attack on the Old Bailey in London.
She was returned to prison when her licence was revoked following the new charge, spending two years in custody before finally being released earlier this year.
Along with her late sister Dolours, she distanced herself from mainstream republicanism over Sinn Fein's support for the Northern Ireland peace process.
Plagued by ill-health in recent years, she appeared in court today for a preliminary enquiry to determine whether she has a case to answer on the aiding and abetting a terrorist rally charge.
Wearing a brown duffel coat and glasses, McGlinchey shook her head when asked if she wanted to give evidence or call witnesses at this stage in the case.
District Judge Barney McElholm ruled that there was a prima facie case against her and returned her for trial at Belfast Crown Court on a date to be set.
She was bailed to live at an address in Belfast but banned from applying for a new passport without prior permission.
Seeking the anonymity order, defence counsel Sean Devine produced a doctor's report which stated media attention was likely to cause greater anxiety and worsen her medical condition.
He argued that police had previously informed her that she was under threat.
A newspaper article from June this year claiming loyalist paramilitaries still planned to kill her at the first opportunity was also produced.
Contending that McGlinchey's physical appearance has changed, Mr Devinesaid: "The level of protection being sought is relatively modest - images of her should not be published."
But a prosecution barrister opposed the application, stressing the late notification given by the defence.
He added: "The defendant has on previous occasions sought to use the media in pursuit of her own political and ideological ambitions.
"She was aware of the threats on her."
Dismissing the application, Judge McElholm accepted McGlinchey's appearance had altered but suggested it may be due to her now wearing glasses.
He also pointed to the amount of images and information about her already in the public domain.
After referring to the need for any anonymity application to be notified to police and prosecutors at the earliest opportunity, he ruled: "At the moment we have no objective evidence as to whether or not there is a real and immediate risk to the life and well-being of the applicant.
" ' In those circumstances I refuse to make an anonymity order.' " 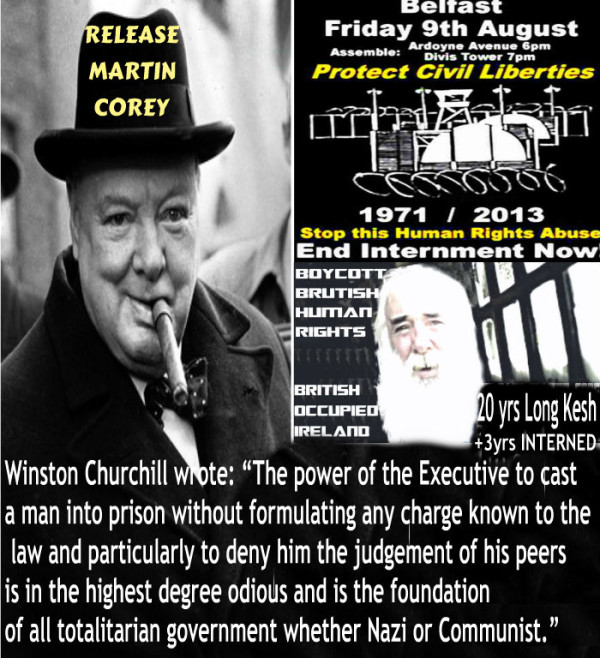 www.releasemartincorey.com
Posted by Unknown at 4:40 AM