NUNS IRELAND TALKIN THROUGH THEIR FANNY 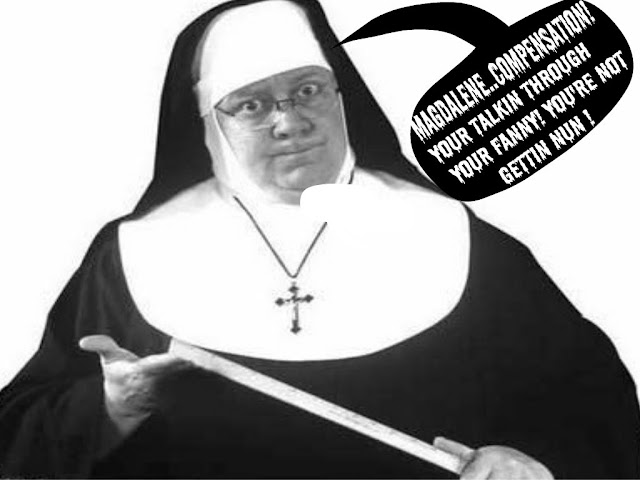 Nuns Will not Pay Magdalene Compensation

Four congregations say they are willing to assist in all other aspects of recommended package but will not contribute to fund, which could cost up to €58 million

The four religious congregations that ran the Magdalene laundries have told the Government they will not make any financial contribution to the multimillion-euro fund set up to recompense former residents.
The Mercy Sisters, the Sisters of Our Lady of Charity, the Sisters of Charity and the Good Shepherd Sisters have informed Minister for Justice Alan Shatter in recent days that they will not pay into the fund, which could cost up to €58 million.
A spokeswoman for Mr Shatter said he was “disappointed” with the decision of the four orders not to make a financial contribution.However, it is understood they have said they are willing to assist fully in all other aspects of the package recommended by MrJustice John Quirke in his recent report, including the assembly of records and looking after former residents who remain in their care.
He will brief his ministerial colleagues about the situation at the weekly Cabinet meeting this morning.

No comment
Three of the four orders contacted through a spokesman were not prepared to make any comment at this point in time.
The Government announced the scheme last month after Mr Justice Quirke had conducted an examination of the various options to compensate the women who lived in the laundries, many of whom are now elderly.
The minimum payment was €11,500 for women who spent three months or less in a laundry and the maximum approved was €100,000 for those who were residents for 10 years or more.
Groups representing the women argued that higher awards should have been made available to those who had been long-term residents.
There was no onus on any applicant to show they had suffered hardship, injury or abuse. Some 600 women are reckoned to be eligible. The scheme is expected to cost between €34.5 million and €58 million.
When the scheme was announced, Mr Shatter said taxpayers expected the four religious orders to share the burden and make a contribution to the scheme. He would not be drawn on the amount he expected them to contribute.

State apology
The scheme follows on from a full apology on behalf of the State made to the survivors by Taoiseach Enda Kenny in the Dáil this year, in which he said that nobody should have been subjected to the conditions they endured.
That apology came in the wake an investigation by former senator Martin McAleese into the running and conditions within the laundries which were in operation for the best part of a century.
The report also established that the State had played a significant role in the continued operation of the laundries.

http://www.releasemartincorey.com
Posted by Unknown at 5:35 PM 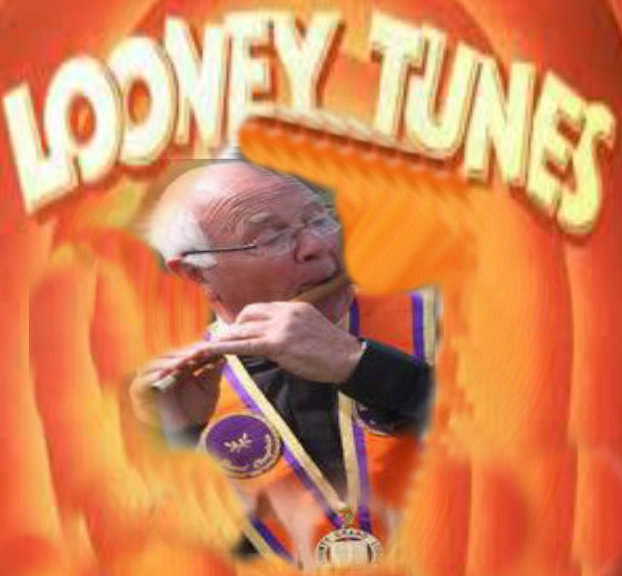 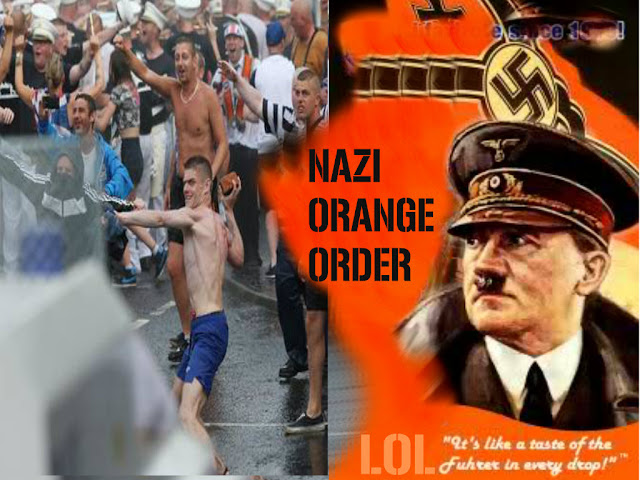 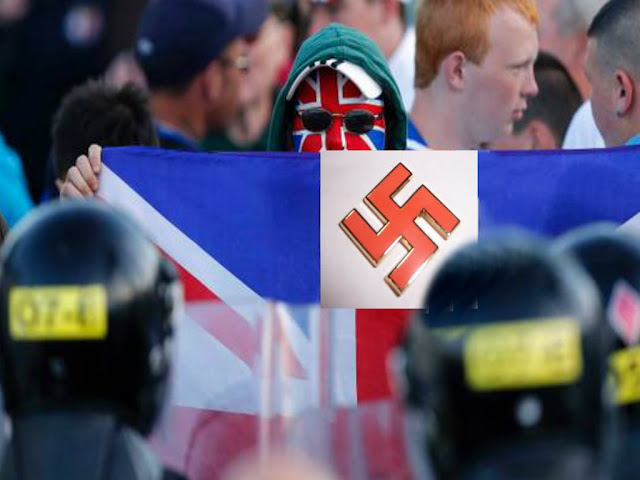 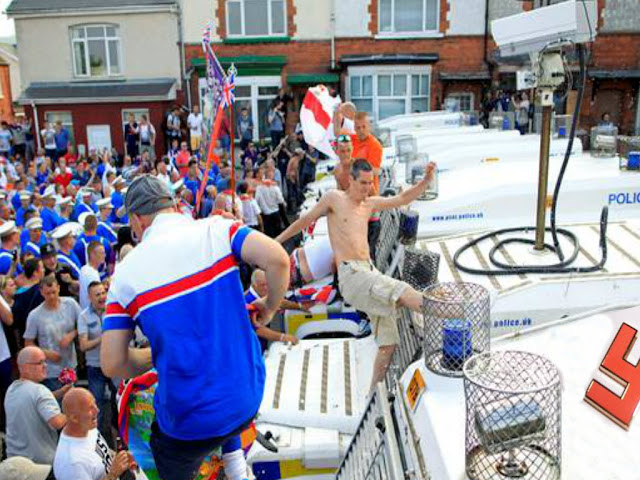 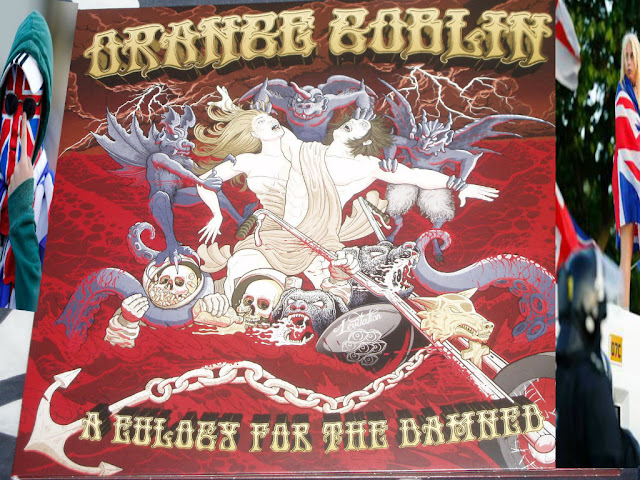 The truth about the orange order is that year in, year out their marches are accompanied by violence, despite a so-called peace process.The Orange Order was created almost 200 years ago to deliberately incite sectarian strife to divide, conquer and enable the British colonial domination in Ireland. The Orange Order was exclusively Protestant, pro-British and murderously anti-Catholic. The British colonial authorities mentored the Orange Order,with its vicious sectarianism to drive a wedge between both communities to subjugate the native Irish.

A call has now been made for the Church of Ireland to disassociate completely itself from the Orange Order, in the wake of the most recent loyalist rioting in North Belfast. According to the Irish Times:


"Independent David Norris expressed his disgust at the rioting after Orange Order marchers were refused permission to return on their July 12th parade via a 300 metres section of the route that passed by a Nationalist area.


Mr Norris described the behaviour of loyalist rioters as “stupid”.
He added: “When they were prisoners they were like Neanderthals. They were reading comics and doing press-ups whereas the ‘Shinners’ for whom I wouldn’t give a toss, at least had the intelligence to do university degrees.”


He told the Seanad that as a southern unionist “I am bitterly ashamed of the behaviour of people who call themselves Unionists and Protestants. They are a disgrace to any decent representation of those values.


“I would like to call on the Church of Ireland to which I belong to disassociate themselves completely from the Orange Order. It has shrivelled down to a third of its original support.”


He also said: “I would like to suggest that no decent Christian minister, pastor or parishioner should be associated with the Orange Order.” And he called on the Rev Ian Paisley “who did his best to stir up hatred that led to all the violence. . . let him come out now and undo some of the harm he did by denouncing the violence.” 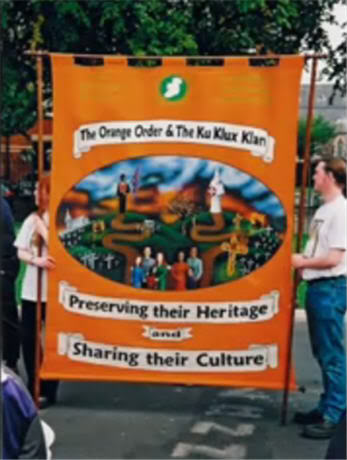 Richard Wallace wrote of the Orange Order in the Blanket as follows;

"When I think of the violent nature of the Orange Order, I am drawn to thesimilarities of the KKK. In both organizations, the “perpetrators of enslavement” are White Anglo Saxon Protestant, i.e., English WASP. Both are secret organizations designed to strike terror into the hearts of their target in order to maintain dominance over a group they consider inferior; both were given their privilege by the English. The Orange order and the KKK are cousin organizations with identical purpose, method and motivation.


The Orange Order was formed in 1795 as a militant Protestant organization, whose purpose was to preserve English Protestant privilege and supremacy over the Native Irish whose land their fathers stole. They pilfered their name from William of Orange who defeated the English King James in 1690, 105 years earlier. James was Catholic, so the name "Orange" was chosen for only one reason, because it successfully incited the English-Scottish Protestant population against the native Irish who were predominantly Catholic. The Orangemen were organized and officered by the English Protestant landowners and Belfast businessmen, and they immediately launched a reign of terror on the Native Irish, and that reign of terror was not limited to the Catholic majority. The Ulster Plantation derives its name from the phrase "Transplantation of English Society". Their sole purpose is to terrorize and murder the Irish to reinforce their claim to stolen lands and resources.


The KKK was organized in Pulaske, Tennessee in 1866 as a secret militant White Anglo Saxon Protestant organization, whose purpose was to preserve white privilege and supremacy over African Americans, whom they called "Niggers". They formed immediately after the Blacks were emancipated, that is "freed from forced slavery". First they assassinated President Lincoln for freeing the Blacks, then the always clever WASP's invented "convict leasing", whereby the large plantations owners could lease prisoners from the State. These newly freed blacks soon found themselves behind bars, working on the same plantations they had been freed from. These plantation owners and the State representatives were predominantly Protestant descendants of the English Plantation slave owners. This is the identical status quo as in Northern Ireland society. The KKK assumed the mantle of the Knights of the Golden Circle, an earlier English invention. The KKK took its name from the Greek "Ku Klos" meaning Circle, and the English word "Clan"; i.e., the English Circle. The term plantation comes from the phrase "Transplantation of English Society". The Orange Order and the KKK have identical agendas and identical modes of operation. The KKK is the epitome of the violence visited upon the blacks by their WASP neighbors. The Orange Order is the epitome of the violence visited upon the Native Irish by their WASP neighbors.


Both organizations carry out a campaign of terror, beatings, burnings of churches and homes, bombings, shootings, rapes, and intimidations. They burn children in their homes and nail men to fence posts in the day. They lynch men in the middle of the night and rape and abuse their women. The KKK and the OO both strike terror into the hearts of the innocents.

They both strike under cover of night, (in Ireland they strike in full daylight) with the help of State police collusion. It took the full power of the U.S. Government, led by an Irish Catholic, President John F. Kennedy, and the inspiration of Martin Luther King, a Black man, to break the KKK. The always vengeful WASP’s assassinated both John Kennedy and Martin Luther King.


In its peak, the KKK had 4.5 million members, mostly White Anglo-Saxon Protestants. Today they number in the mere thousands. The Civil Rights Organization in Derry modeled themselves after Martin Luther King, but they were gunned down in broad daylight by Government Sponsored (WASP) assassins. Martin Luther King was assassinated by a die-hard holdout of white supremacy in spite of the fact that he no longer had the support and protection of the State.

Don't look to the British to Break the Orange Order any time soon, and forget their paid-for puppets in Dublin. The British cherish their Orange card, all 60,000 of them wagging the tail of the dog, as it is their trump card. Northern Ireland is their boot camp, where they train their military, with live targets.

The British military send new recruits to Northern Ireland, and when they have done a year or two of terrorizing unarmed civilians, they are then categorized as battle hardened soldiers, qualified to go into battle anywhere. Without NorthernIreland in turmoil, the British have no excuse for even having a military.

Its a terrible thing for the Irish to kill Irish, on behalf of the Queen of England."