APARTHEID ORANGE NOT DEAD IN AFRICA OR BRITISH OCCUPIED IRELAND

ORANGE APARTHEID IS NOT DEAD IN AFRICA & BRITISH OCCUPIED IRELAND 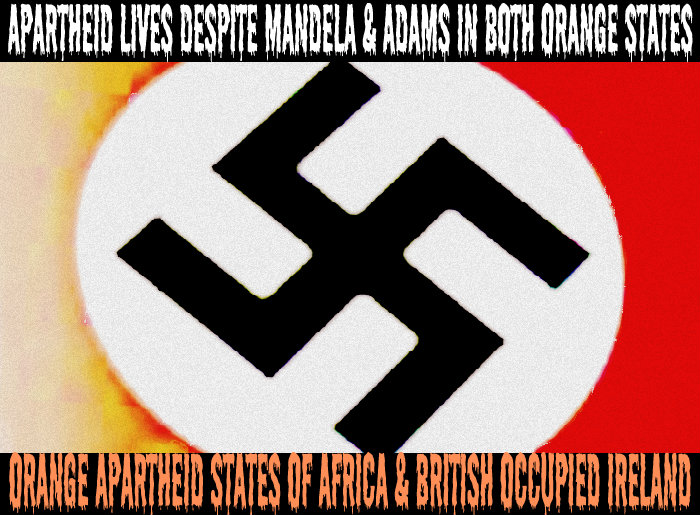 Mandela’s Greatness May Be Assured -- But

By John PilgerJuly 11, 2013 "Information Clearing House -  When I reported from South Africa in the 1960s, the Nazi admirer Johannes Vorster occupied the prime minister’s residence in Cape Town. Thirty years later, as I waited at the gates, it was as if the guards had not changed. White Afrikaners checked my ID with the confidence of men in secure work. One carried a copy of Long Walk to Freedom, Nelson Mandela’s autobiography. “It’s very eenspirational,” he said.

Mandela had just had his afternoon nap and looked sleepy; his shoelaces were untied. Wearing a bright gold shirt, he meandered into the room. “Welcome back,” said the first president of a democratic South Africa, beaming. “You must understand that to have been banned from my country is a great honour.” The sheer grace and charm of the man made you feel good. He chuckled about his elevation to sainthood. “That’s not the job I applied for,” he said drily.

Still, he was well used to deferential interviews and I was ticked off several times – “you completely forgot what I said” and “I have already explained that matter to you”. In brooking no criticism of the African National Congress (ANC), he revealed something of why millions of South Africans will mourn his passing but not his “legacy”.

I had asked him why the pledges he and the ANC had given on his release from prison in 1990 had not been kept. The liberation government, Mandela had promised, would take over the apartheid economy, including the banks – and “a change or modification of our views in this regard is inconceivable”. Once in power, the party’s official policy to end the impoverishment of most South Africans, the Reconstruction and Development Programme (RDP), was abandoned, with one of his ministers boasting that the ANC’s politics were Thatcherite.

“You can put any label on it if you like,” he replied. “…but, for this country, privatisation is the fundamental policy.”

“You have to appreciate that every process incorporates a change.”

Few ordinary South Africans were aware that this “process” had begun in high secrecy more than two years before Mandela’s release when the ANC in exile had, in effect, done a deal with prominent members of the Afrikaaner elite at meetings in a stately home, Mells Park House, near Bath. The prime movers were the corporations that had underpinned apartheid.

Around the same time, Mandela was conducting his own secret negotiations. In 1982, he had been moved from Robben Island to Pollsmoor Prison, where he could receive and entertain people. The apartheid regime’s aim was to split the ANC between the “moderates” they could “do business with” (Mandela, Thabo Mbeki and Oliver Tambo) and those in the frontline townships who led the United Democratic Front (UDF). On 5 July, 1989, Mandela was spirited out of prison to meet P.W. Botha, the white minority president known as the Groot Krokodil (Big Crocodile). Mandela was delighted that Botha poured the tea.
With democratic elections in 1994, racial apartheid was ended, and economic apartheid had a new face. During the 1980s, the Botha regime had offered black businessmen generous loans, allowing them set up companies outside the Bantustans. A new black bourgeoisie emerged quickly, along with a rampant cronyism. ANC chieftains moved into mansions in “golf and country estates”. As disparities between white and black narrowed, they widened between black and black.

The familiar refrain that the new wealth would “trickle down” and “create jobs” was lost in dodgy merger deals and “restructuring” that cost jobs. For foreign companies, a black face on the board often ensured that nothing had changed. In 2001, George Soros told the Davos Economic Forum, “South Africa is in the hands of international capital.”

In the townships, people felt little change and were subjected to apartheid-era evictions; some expressed nostalgia for the “order” of the old regime. The post-apartheid achievements in de-segregating daily life in South Africa, including schools, were undercut by the extremes and corruption of a “neoliberalism” to which the ANC devoted itself. This led directly to state crimes such as the massacre of 34 miners at Marikana in 2012, which evoked the infamous Sharpeville massacre more than half a century earlier. Both had been protests about injustice.

Mandela, too, fostered crony relationships with wealthy whites from the corporate world, including those who had profited from apartheid. He saw this as part of “reconciliation”. Perhaps he and his beloved ANC had been in struggle and exile for so long they were willing to accept and collude with the forces that had been the people’s enemy. There were those who genuinely wanted radical change, including a few in the South African Communist Party, but it was the powerful influence of mission Christianity that may have left the most indelible mark. White liberals at home and abroad warmed to this, often ignoring or welcoming Mandela’s reluctance to spell out a coherent vision, as Amilcar Cabral and Pandit Nehru had done.
Ironically, Mandela seemed to change in retirement, alerting the world to the post 9/11 dangers of George W. Bush and Tony Blair. His description of Blair as “Bush’s foreign minister” was mischievously timed; Thabo Mbeki, his successor, was about to arrive in London to meet Blair. I wonder what he would make of the recent “pilgrimage” to his cell on Robben Island by Barack Obama, the unrelenting jailer of Guantanamo.
Mandela seemed unfailingly gracious.

When my interview with him was over, he patted me on the arm as if to say I was forgiven for contradicting him. We walked to his silver Mercedes, which consumed his small grey head among a bevy of white men with huge arms and wires in their ears. One of them gave an order in Afrikaans and he was gone.

Apartheid Did Not Die

Martin Corey Interned Without Trial. His

John Pilger’s film, Apartheid Did Not Die, can be viewed on www.johnpilger.com

Apartheid Did Not Die 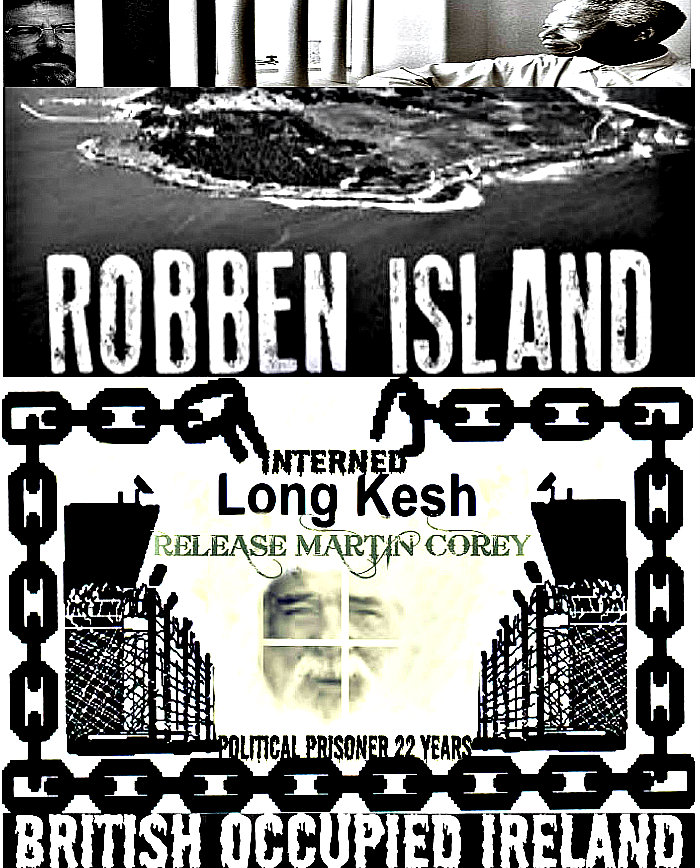