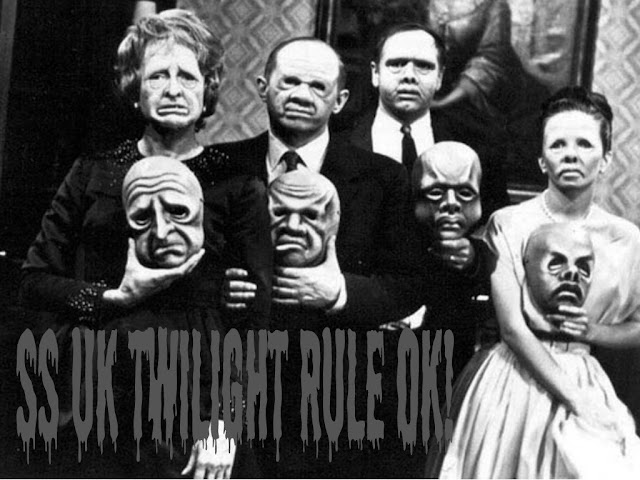 The Guineapigs were fourteen Irish political prisoners on whom the British Army experimented with sensory deprivation torture in 1971. It still continues 40 years later, on Marian Price who is experimented on, in a British military Hospital in Belfast today after her sister Dolours died as a result of drug experiments carried out on her while being forced fed 40 years ago. These 'techniques' were outlawed, following Britain's conviction at the International Court of Human Rights at Strasbourg, but were exported by SS UK and used by their WASPs in the USA.

In Ireland in 1971, there was a deliberate and careful use of modern torture techniques, not just to get information but to perfect the SS UK system of Sensory Deprivation for use against civilians. An ex-internee John McGuffin spent two years researching a book he wrote, following his release from where he had been held without charge or trial. The book called 'The Guineapigs"  was dedicated to the blanket men in Long Kesh concentration camp and the women political prisoners in Armagh jail. 'Na reabhloidi Abu.'


The CIA operates under orders from British

international bankers based in the city of London

Rothschild’s and the Windsor’s. Since it was first

They do not bring ‘some’ of the drugs into Britain but

I would estimate MI6 bring in around ninety

percent of the drugs in. They do this by pulling the

strings of many organised crime and terrorist

groups and these groups like the IRA are full of MI6

[2006] Whistleblower dies in suspicious circumstances on stage at UFO conference