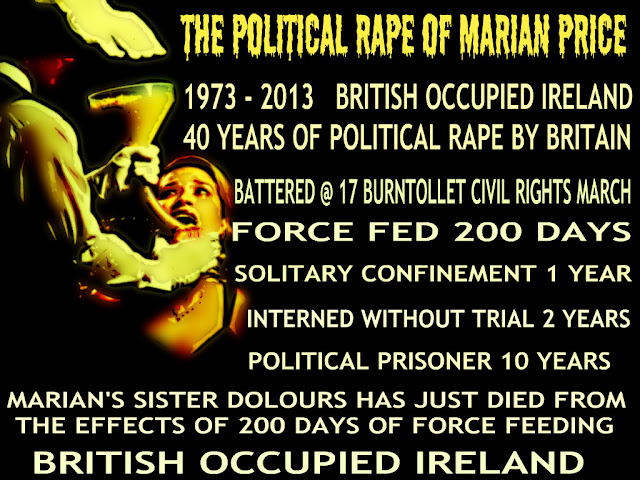 "Four male prison officers tie you into the chair so tightly with
sheets you can't struggle," says Price. "You clench your teeth to try
to keep your mouth closed but they push a metal spring device around
your jaw to prise it open.
"They force a wooden clamp with a hole in the middle into your mouth.
Then, they insert a big rubber tube down that. They hold your head
back. You can't move.
"They throw whatever they like into the food mixer - orange juice,
soup, or cartons of cream if they want to beef up the calories. They
take jugs of this gruel from the food mixer and pour it into a funnel
attached to the tube.
"The force-feeding takes 15 minutes but it feels like forever. You're
in control of nothing. You're terrified the food will go down the
wrong way and you won't be able to let them know because you can't
speak or move. You're frightened you'll choke to death."
Price was force-fed 400 times over six months. "I knew nothing about
force-feeding beforehand," says Price. "I thought it was like when
you hold a baby's nose and put a spoon in its mouth. Ignorance was
bliss." 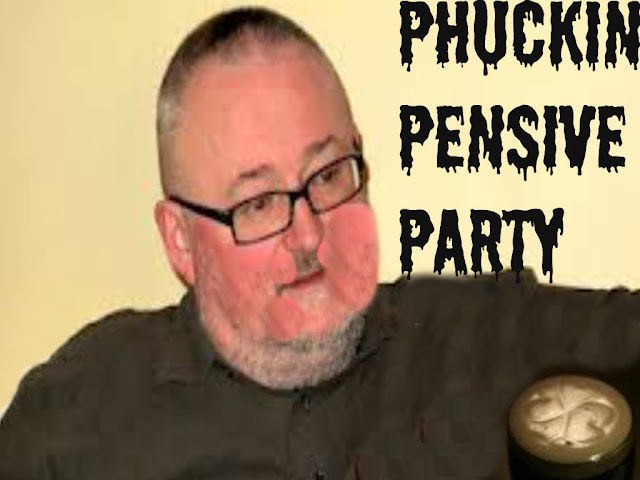 The only statistics important in our man’s head though are the one’s he made up himself: Anglo Irish Bank was set up by the Brits to ruin the country to get us back into the Commonwealth – sure just look at it’s name! 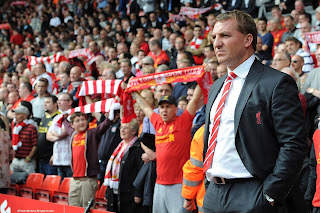 Sport
The true barstool republican is invariably a soccer fan. Nothing wrong with that but when it comes to indigenous Irish sports like hurling and football, they are for boggers and muck savages. Local soccer teams are out too because they’re not ‘big-time’ enough and if he was to go and support them he’d actually have to leave the pub because the games are not on Sky Sports.
The oval ball causes a big dilemma for most barstool Republicans. It’s a quintessentially English game but we’re good at it and we’ve enjoyed beating them a lot in the last few years. The big problem for the bar stool republican though is that it’s played by posh people from Rochestown so that means it must be bad because poshies are just rich langers.
But! Then again it’s a unified Ireland rugby team and soccer is as English a creation as rugby. This is a dilemma which often overheats the barstool Republican’s brain so it’s easier to ignore the realities. More cider! Brits out!

The National Anthem
Asking him to sing Amhrán na bhFiann is like asking a hamster to do long division. Just don’t go there. It’s everyone else’s fault that he can’t remember any Irish from school too. He heard that the Brits deliberately made up loads of difficult grammar rules in the 1920’s and sneaked them into the curriculum so people couldn’t learn the language.

An Gardaí Síochána
More than the British army, more than Rangers winning the Scottish league, more than marching Orangemen waving Union Jacks there’s no group these cábógs hate more than An Garda Síochána aka ‘The Guardians of the Peace’.
Every extreme left or right wing group has to have a group they can take their frustration out on and here in good old Éire it’s the misfortunate Gardaí. The handy part about this for cowardly groups like Éirigí is that they never have to confront any Englishman or woman directly with their irrational blather.

Oh I do love Ay-rah!
Barstool Republicans hate the way the English refer to Ireland as ‘Éire’. There’s nothing worse than people respecting you enough to refer to your country by its name in the native tongue, right?

FashionBarstool Republicans purchase all their wardrobe collections in sports shops. The only time of the year they go shopping is when the new strip for their favourite British team is launched. Liverpool tops are a favourite ‘cos the Liverpool lads are hard and sectarian. The Irish rugby or soccer jerseys just don’t say ‘Brits Out’ quite the way a Liverpool top does. Who cares if all profits from Liverpool merchandise go to the United Kingdom instead of Irish associations who’ll put the money directly back into their respective sports here in Ireland?

Who was Michael Collins?
In table quizzes the barstool Republican likes to show off his knowledge by being the first to blurt out that Michael Collins is the name of the astronaut who stayed behind when Neil Armstrong and Buzz Aldrin stepped onto the moon.