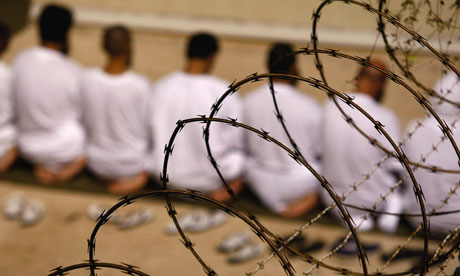 Marian Price is currently interned without trial in a British Gulag in Occupied Ireland Other internees like Martin Corey are also being interned without trial on concocted secret service hearsay, to justify their ever expanding budgets and try provoke another lucrative money making racket of 40 years of making war on ordinary Irish people.

The hunger strike of Marian Price lasted over 200 days,being force-fed by prison authorities for 167 of them. In an interview with Suzanne Breen, Marian Price described being force-fed: "Four male prison officers tie you into the chair so tightly with sheets you can't struggle. You clench your teeth to try to keep your mouth closed but they push a metal spring device around your jaw to prise it open. They force a wooden clamp with a hole in the middle into your mouth. Then, they insert a big rubber tube down that. They hold your head back. You can't move. They throw whatever they like into the food mixer – orange juice, soup, or cartons of cream if they want to beef up the calories. They take jugs of this gruel from the food mixer and pour it into a funnel attached to the tube. The force-feeding takes 15 minutes but it feels like forever. You're in control of nothing. You're terrified the food will go down the wrong way and you won't be able to let them know because you can't speak or move. You're frightened you'll choke to death."


Hunger strikes have deep roots in Irish society and in the Irish psyche. Fasting in order to bring attention to an injustice which one felt under his lord, and thus embarrass him into a solution, was a common feature of society in Early Irish society and this tactic was fully incorporated into the Brehon legal system. The tradition is ultimately most likely part of the still older Indo-European tradition of which the Irish were part.[8]
The tactic was used by Irish republicans from 1917 and, subsequently, during the Anglo-Irish War, in the 1920s. Early use of hunger strikes by republicans had been countered by the British with force-feeding, which culminated in 1917 in the death of Thomas Ashe in Mountjoy Prison.
In October 1920, the Lord Mayor of Cork, Terence MacSwiney, died on hunger strike in Brixton prison. Two other Cork IRA men, Joe Murphy and Michael Fitzgerald, also died on hunger strike in this protest along with Monaghan native,Conor McElvaney who lasted 79 days before death. TheGuinness Book of Records lists the world record in hunger strike (without forced feeding) as 94 days, which was set from August 11 to November 12, 1920 by John and Peter Crowley, Thomas Donovan, Michael Burke, Michael O’Reilly, Christopher Upton, John Power, Joseph Kenny and Seán Hennessy at the prison of Cork. Arthur Griffith called off the strikes after the deaths of MacSwiney, Murphy and Fitzgerald.
After the end of the Irish Civil War in October 1923, up to 8000 IRA prisoners went on hunger strike to protest their continued detention by the Irish Free State (a total of over 12,000 republicans had been interned by May 1923). Two men, Denny Barry and Andrew O’Sullivan, died on the strike. The strike, however, was called off before any more deaths occurred. The Free State subsequently released the women republican prisoners. Most of the male Republicans were not released until the following year.
Under the de Valera Fianna Fáil government three hunger strikers died in the Republic of Ireland in the 1940s. They wereSean McCaughey, Tony d’Arcy and Sean (Jack) McNeela. Hundreds of others carried out shorter hunger strikes during the deValera years with no sympathy from the Government.
The tactic was revived by the Provisional IRA in the early 1970s, when several republicans such as Sean MacStiofainsuccessfully used hunger strikes to get themselves released from custody without charge in the Republic of Ireland. Michael Gaughan died after being force-fed in a British prison in 1974.Frank Stagg, an IRA member being held in a British jail, died after a 62-day hunger strike in 1976 which he began as a campaign to be repatriated to Ireland.

Main article: 1981 Irish hunger strike
In 1980, seven Republican prisoners in the Maze Prisonlaunched a hunger strike as a protest against the revocation by the British government of a prisoner-of-war-like Special Category Status for paramilitary prisoners in Northern Ireland. The strike, led by Brendan Hughes, was called off before any deaths, when Britain seemed to offer to concede their demands; however, the British then reneged on the details of the agreement. The prisoners then called another hunger strike the following year. This time, instead of many prisoners striking at the same time, the hunger strikers started fasting one after the other in order to maximise publicity over the fate of each one.
Bobby Sands was the first of ten Irish republican paramilitaryprisoners to die during a hunger strike in 1981. There was widespread support for the hunger strikers from Irish republicans and the broader nationalist community on both sides of the Irish border. Some of the hunger strikers were elected to both the Irish and British parliaments by an electorate who wished to register their support for the hunger strikers. The ten men survived without food for 46 to 73 days,[9] taking only water and salt. After the deaths of the men and severe public disorder, the British government granted partial concessions to the prisoners, and the strike was called off.

This article appeared in Campaign for a United Ireland
One Island – One Nation
Posted by Unknown at 4:30 PM