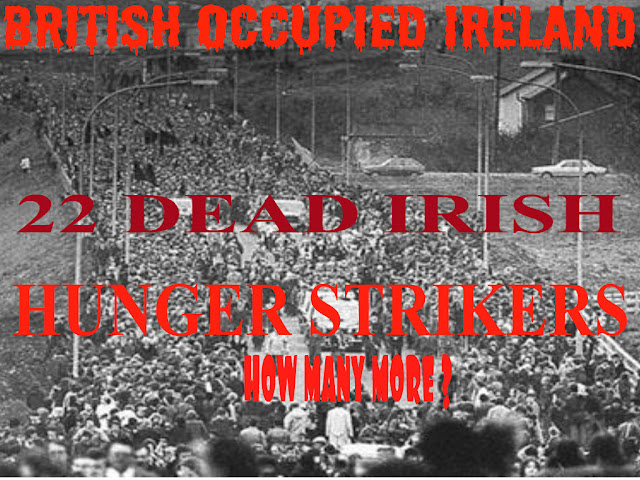 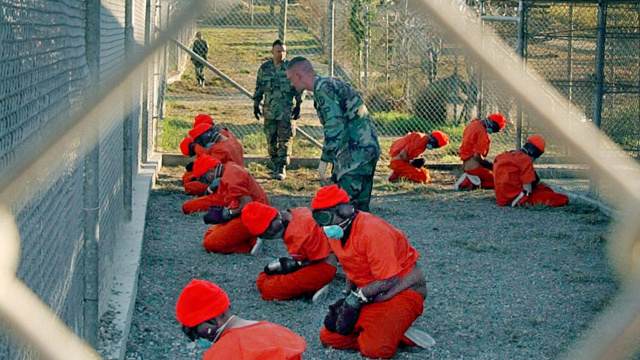 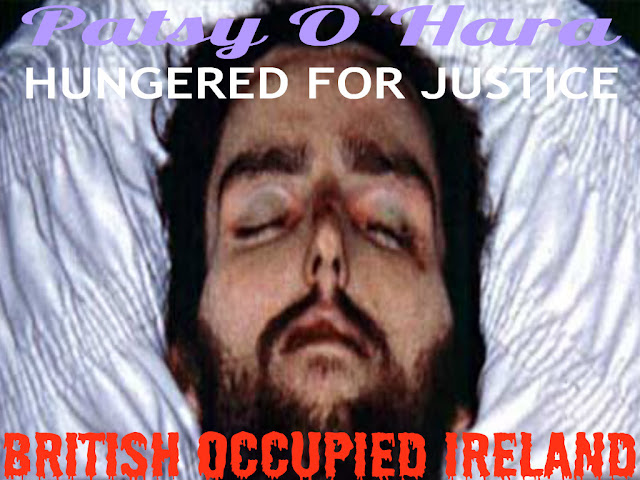 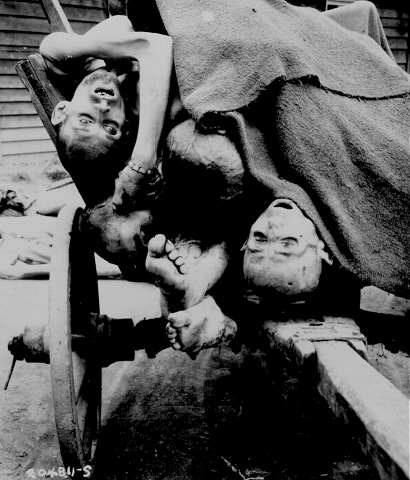 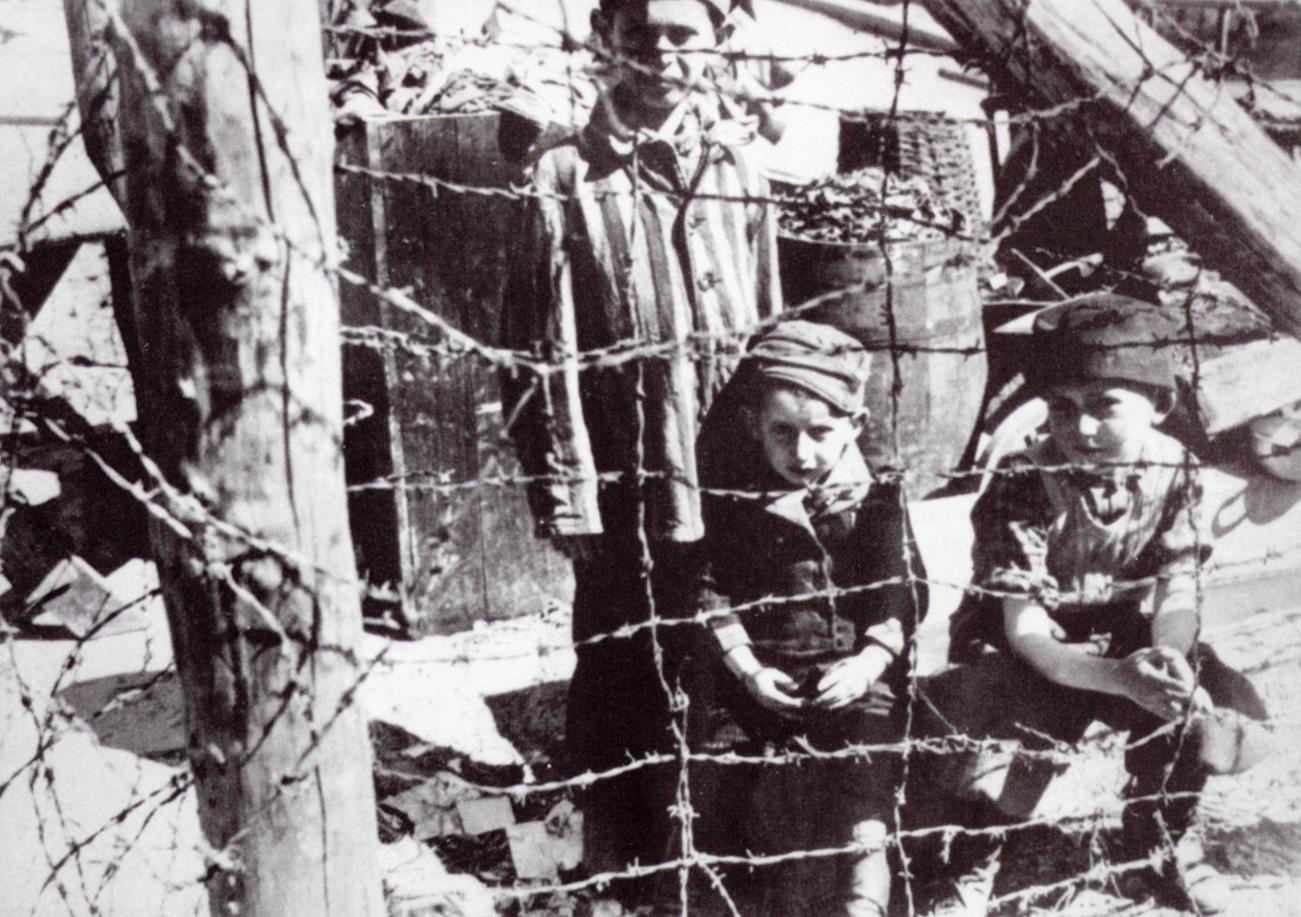 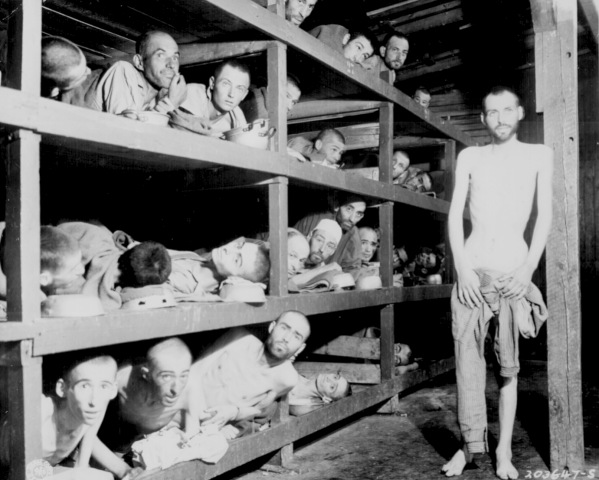 Goebbels rose to power in 1933 with Hitler and the Nazi Party and was appointed Propaganda Minister. His first acts was the burning of books. He exercised totalitarian control over the media, arts and information in Germany.

In November 1938, Goebbels got the chance to take decisive action against the Jews for which he had been waiting when a Jewish youth, Herschel Grynszpan, shot a German diplomat in Paris, Ernst vom Rath, in revenge for the deportation of his family to Poland and the persecution of German Jews generally. On 9 November, the evening vom Rath died of his wounds, Goebbels was at the Bürgerbräu Keller in Munich with Hitler, celebrating the anniversary of the 1923 Beer Hall Putsch with a large crowd of veteran Nazis. Goebbels told Hitler that "spontaneous" anti-Jewish violence had already broken out in German cities. When Hitler said he approved of what was happening, Goebbels took this as authorization to organise a nationwide pogrom against the Jews. He wrote in his diary:

Hitler decides: demonstrations should be allowed to continue. The police should be withdrawn. For once the Jews should get the feel of popular anger ... I immediately gave the necessary instructions to the police and the Party. Then I briefly spoke in that vein to the Party leadership. Stormy applause. All are instantly at the phones. Now people will act.

The result of Goebbels' incitement was Kristallnacht, the "Night of Broken Glass," during which the S.A. and Nazi Party went on a rampage of anti-Jewish violence and destruction, killing at least 90 and maybe as many as 200 people, destroying over a thousand synagogues and hundreds of Jewish businesses and homes, and dragging some 30,000 Jews off to concentration camps, where at least another thousand died before the remainder were released after several months of brutal treatment. The longer-term effect was to drive 80,000 Jews to emigrate, most leaving behind all their property in their desperation to escape. Foreign opinion reacted with horror, bringing to a sudden end the climate of appeasement of Nazi Germany in the western democracies. Goebbels' pogrom thus moved Germany significantly closer to war, at a time when rearmament was still far from complete. Göring and some other Nazi leaders were furious at Goebbels' actions, about which they had not been consulted. Goebbels, however, was delighted. "As was to be expected, the entire nation is in uproar," he wrote. "This is one dead man who is costing the Jews dear. Our darling Jews will think twice in future before gunning down German diplomats."

The concentration camps invented by the British followed. From Paelstine to Guantanomo to British Occupied Ireland , Goebbels is alive and well still torturing worldwide today. After World War 2 people worldwide asked how did the German people stand idly by and let it happen. Our children will ask the same questions about us today. What are YOU doing today?


Hunger Strike at Gitmo: ‘We Are Dying a Slow Death Here’
By Pardiss KebriaeiApril 13, 2013 "Information Clearing House" -"MSNBC" -  I’ve just returned from Guantanamo, where my clients and a majority of the other 166 men there have been on hunger strike for over two months. Most of them have been cleared for release or will never be charged. But the Obama administration has refused to send them home.
I met with men who are weak and have lost between 30 and 40 pounds. They told me of other men who are skeletal and barely moving, who have coughed up blood, passed out, and one who tried to hang himself.
One of the men I met with, Sabry Mohammed, a Yemeni who remains detained years after he was approved for release by the Obama administration, said, “We are dying a slow death here.” Yet the authorities say they will not let men die–they will force-feed them when their body weight drops dangerously low, strapping them into chairs and forcing a tube up their noses that pumps formula into their stomachs. The military reports that so far, 11 men are being “saved” this way. Yet as one of the men put it, the irony is that “the government will keep us alive by force-feeding us but they will let us die by detaining us forever.”
Today, 166 men remain at Guantanamo, more than eleven years after they arrived in hoods and shackles. Most are being held without charge and will never be charged. The Obama administration has approved more than half of the men–86–for transfer, but hasn’t mustered the political will to overcome congressional hurdles, despite saying it can and will. As their indefinite detention stretches into a second decade, men are aging, declining and dying. Last September, Adnan Latif, a husband and a father, a man twice cleared for transfer under the Bush and Obama administrations, was the ninth prisoner to die. The current crisis at the base had specific triggers, but there has been an emergency at Guantanamo for years.
The strike was sparked in early February, when prison authorities ordered searches of the men’s Qurans. One man told me, “I won’t even touch the Quran without washing my hands, how could I use it to hide something dirty?” The men viewed the searches as desecration, which should hardly have been news to those in charge. A former Muslim chaplain at Guantanamo once described the handling of the holy books as “the most contentious issue” at the prison. Given the sensitivity of the practice and the history of religious abuse at Guantanamo–acts like throwing Qurans on the ground and shaving detainees’ beards as punishment–the authorities should have known better. Indeed, former commanders did know better. In a 2009 review of conditions at Guantanamo, ordered by the Obama administration, a commander at the base recognized that standard operating procedures “do not permit searching of the Koran.” The rule reflected an “elevated respect” for detainees’ religious concerns–a lesson learned from the early years. It is unclear why that changed. Another of my clients said, “They are taking the camp back to 2006.”
So far, prison authorities have defended their actions and downplayed the scale of the strike. Inside the prison, my clients have described various tactics used to make life even more difficult and break the strike. Some have been life-threatening, like delaying the delivery of filtered drinking water, forcing detainees to drink from the tap of sink faucets attached to toilets in their cells. Before, there used to be signs above the sinks saying it was not safe to drink the water. One man said he would rather go without water than drink from the sink.
As the strike enters its third month and the crisis deepens, the authorities must reach for a resolution before someone dies. My clients are asking for assurances that their Qurans will not be searched, or to hand them in altogether rather than see them desecrated.
But the solution to the broader calamity is closing Guantanamo, beginning with the release of men like Sabry. He told me he does not want to die, he wants to return to his family, but he and others are continuing the strike because they have been pushed too far and this is the only means they have to protest peacefully. The only thing they can control is their own bodies. It is an act of strength even as they are growing weaker. They are desperately wanting to believe there is still a life for them beyond the prison walls.
At the end of our meeting last week, Sabry showed me a painting he made recently, of the prison surrounded by mountains.  But outside the high, tight-mesh fence that encloses Camp 6, where Sabry is held, there is ocean. “I don’t know what is outside. It is just what I imagine.”  After more than eleven years, it is long past time for the United States to send Sabry home.
Pardiss Kebriaei is a senior attorney at the Center for Constitutional Rights who represents men detained at Guantanamo. She is lead counsel for CCR on the targeted killing case, Al-Aulaqi v. Panetta.
What's your response? -  Scroll down to add / read comments
We are testing a new comment software and would appreciate your opinion. Pleaseclick here
Please read our  Comment Policy before posting -