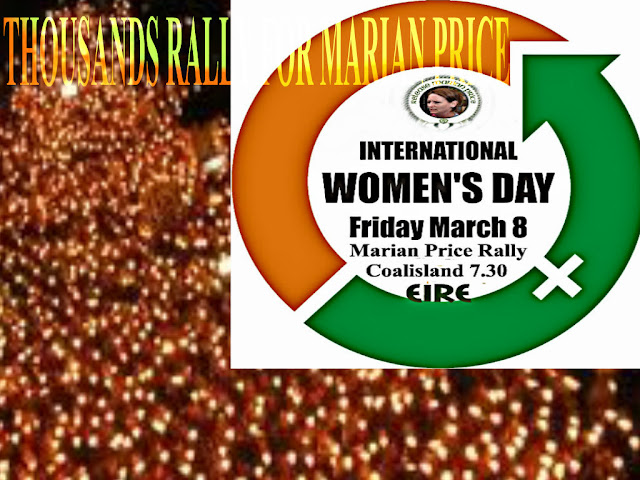 Reports are coming to our desk, of a huge rally of several thousand people, under cover of darkness,  in solidarity with the interned Marian Price, taking place in Coalisland as we publish. We are awaiting independent confirmation of theses reports, before publishing further details on the International Women's Day rally against internment without trial in British Occupied Ireland. Meanwhile here are the latest updates from Irish Republican News.