Bernadette (Devlin) McAliskey addressed this year's Bloody Sunday March For Justice. Despite a very wet day up to 5,000 people attended the march in solidarity with the victims of Bloody Sunday.

Thanks very much. I wasn't really quite sure where to start here today. It's good to see so many people here. I thought actually that Kate was going to read out some of the thanks to people before I started but she's going to do that afterwards.

So I'd just like to take a minute to thank Kate Nash, to thank The Nash Sisters, to thank the families who have asserted their right to keep this issue to the fore until the truth is followed by accountability for the action.

It has been a lonely enough path at times for families. There are times when people who are in the thick of what is actually happening – the people who have actually have suffered the brunt of the pain and the loss - who have to travel very lonely paths sometimes - although we try our best to stand with everybody.

The ebb comes and goes. And it takes very brave people to keep standing their ground when there are plenty of people with them and when there are no people simply because they know that justice remains to be done needs nd not simply be seen to be have done.

So here on the forty-first anniversary of Bloody Sunday I'm actually surprised myself that on this cold day that somewhere in the back of my head is a slightly-too-close for me at the minute a very uncomfortable memory of standing here forty-one years ago.

And even though some people from time to time get tired or begin to collaborate with the state in believing that it's all best swept away somewhere and new starts made on corrupt beginnings.

We still have to keep in front of people's minds that it didn't just happen to us. Bloody Sunday is not exclusive to the people of Doire - not exclusive to the people of Northern Ireland. Had many of you had the opportunity, which you didn't, to be at some of the events yesterday, and hear Jenny Hicks speak of the loss of her two daughters at the cover-up in Hillsborough, to hear Dave Douglas speak about the cover-up of the attack on the miners, to hear Susan McKay speak on the cover-up of sexual abuse of innocent children who were supposed to be safe in the care of institutions and were violated there.

And let us remember that even today when the vast majority of the innocent have been declared innocent - which we always knew - that innocence is still denied to young Gerald Donaghey. Innocence is still denied to that young person on whose corpse soldiers planted nail bombs in his pockets so that they could say they saw them there or whatever it was they did. There has still not been a declaration of innocence for young Gerald Donaghy.

Let us also remember, and we talked about that yesterday as well, that that pattern, that pattern of the state action doing what they want, lying about the fact they did it, being able to draw in the great and the good - the media, the police, the Church, the social speakers, the powerful - to maintain the lie.

That demonising of the victims, that long, long process of barricading the truth away from the people. People talk about how long The Saville Inquiry took - how expensive The Saville Inquiry was. It took a long time and it cost alot of money because for every single inch of that journey, for every single day of that journey, the British government, who set the Inquiry up, prevented the truth from being brought before it.

And as one of the people and I still say - I never asked for that Inquiry...I never wanted it...that's my personal stand...I never wanted to go to it because the man who was sitting there, decent human being though he was, was an employee of the government I saw murder people in front of my eyes!

How was he going to find his employer guilty? So he laid the blame at a half a dozen soldiers. And they still have not been held to account.

But the true culprits will never be held to account unless we keep on this path until they are.

But let us not forget what took us onto the streets that day.

We did not stand here forty-one years ago for the purpose of being shot. That's not why we came here. We didn't stand here all that time ago to create a situation that we would have to remember year after year.

We came on the streets that day to end the policy of internment without trial. That's what took us here.

But we still have internment without trial!

We still have people in prison on the whim and the dictate of the Northern Ireland Secretary of State - the Overlord of this place.

And whatever minions of small people who think they have power here... the fact that they cannot have Martin Corey released means they have no power! Power still lies in the fist of the Northern Ireland Secretary of State. But they have paper power.

Marian Price remains in prison on the whim of the Secretary of State.

Dolours Price cannot be harmed by this state anymore because they have finally destroyed that good woman and she is now gone.

But the Minister of so-called Justice, David so-called “Liberal” Ford, under Article 7 of the 2000 Act, at the stroke of a pen could release her sister whom they are also trying to break in body and soul and spirit and mind. And for what?

It took all day yesterday in the High Court for a very brave lawyer to keep battling against David Ford and we're not supposed to say this because David Ford asked the judge to insure there was no reporting.

But in the High Court, on a judicial review, the judge said that David Ford's behaviour and his judgment on not allowing Marian Price out - and not even considering it – for a few hours to sit by the coffin of her sister was unlawful, unreasonable and irrational. That's what the judge said about the Minister of Justice of this small, misbegotten, corrupt, little, pretending state.

And he said that that young woman should be released for at least four hours to sit by the coffin of a sister with whom she had shared a cell for many years. With whom she had suffered the human torture, degrading and inhuman treatment of having a tube put down her throat, into her stomach, held down until a jug of liquid was poured into that funnel, into that tube and into that stomach every single day for over [two] hundred days.

When we talk about people on hunger strike many young people here forget that when Marian Price and Dolours Price were on hunger strike it wasn't that they were fasting - they were force fed in that manner for every day for [two] hundred days - and it destroyed those young women. It destroyed their physical health and still the state not satisfied.

Bullies one of them all of her life and imprisons the other one.

We came here forty-one years ago to demand (the end of) internment without trial. We came here forty-one years ago to make it perfectly clear that if Her Majesty's government – Her Majesty owns the government – if her Majesty's government in the United Kingdom of Great Britain and Northern Ireland could not insure that this part of her jurisdiction was governed openly, transparently, democratically and within the dictates of fundamental human rights and freedoms - which should be extended to people in prison - which should be extended to people who should not have their liberty removed from them except by due, open process of law - then this place should not be governed by Her Majesty's United Kingdom government.

And I would like to say from this platform that I for one have not changed that position. And I don't care who is currently standing between us, between us and Her Majesty's government and attempting to administer democracy on their behalf.

Make it work openly, democratically in support of the civil rights we have demanded since 1968!

We stand today looking at a new dispensation, people still in prison, the people in these houses – people who live here - no housing executive after a few years! No welfare state! No health! No benefit! No civil rights! No nothing! 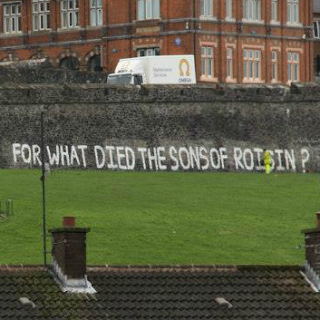 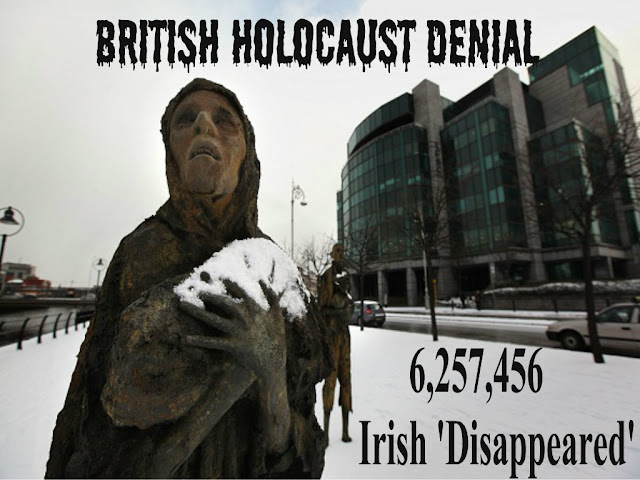