Ireland is an Irish Island 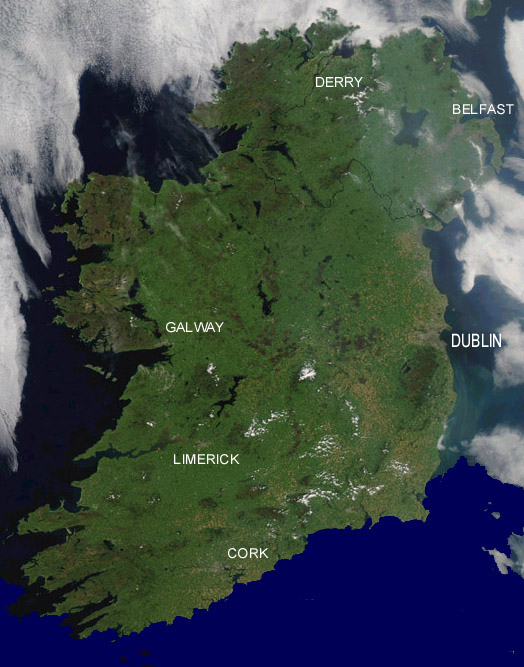 Unlike land frontiers, coastlines cannot be altered at the stroke of a pen. The Ulster Unionist movement have tried to redefine the boundary of the word “Ireland” which stubbornly remains in use for the entire island worldwide. Ireland is one of the clearest physical entities in the world, particularly when the earth is viewed from space. To say otherwise ii a nonsense. Free Irish people can say so with absolute confidence.


Unlike land frontiers, coastlines cannot be altered at the stroke of a pen. Northern Ireland.means exactly what it says, of itself it means nothing, no more no less, it is simply Irish. Ireland’s status as an island is thus a politically immovable frontier. Its extent is fixed by the sea in perpetuity and any partition leaves an unviable state of British poppycock.. In addition, the island as a “natural” political unit has both an economic logic and is a matter of basic common sense.


Ethnic nationalism is a rare dubious luxury in our contemporary world but in Ireland no such frontier is possible in the long run. It is impossible to define an ethnic Irish identity, because the geographical and historical Irish identity, is in absolute conflict with it and cannot be changed to match, unless the British bomb the coastline or drain the Irish Sea.. Ethnic nationalism is doomed to failure because “Huns“ cannot submit to an Irishness based on the ethnic “Taig“ identity, neither can they escape it until they have a Spiritual Awakening, from their political and cultural neurosis.
Posted by Unknown at 9:21 PM

FREEDOM CENSORED The Power of Choice

Thousands attend anti-abortion vigil in Dublin - Where were all these born again pro-life virgins, when tens of thousands of Irish children were being raped ?


Link The Power of Choice