Which county would be celebrating in Croke Park this evening? Here’s how it all unfolded. 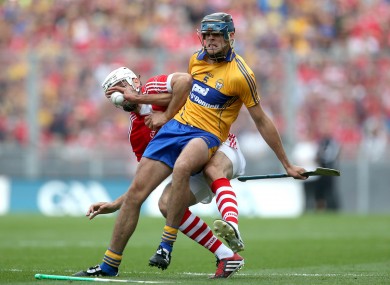 Ron Kavana an Irish singer, songwriter, guitarist and band leader. Born in the County Cork town of Fermoy, the best thing to come out of Cork since the Boys of Kilmichael.

So after an amazing hurling summer, who would prevail in the final?

It was Cork against Clare in the battle to claim the Liam McCarthy Cup.
As always, we’d love to hear your comments. Send them to fintan@thescore.ie, tweet them @TheScoreGAA, find us on Facebook, or leave a comment below.
RESULT: Cork 3-16 Clare 0-25
15.02 – And now here comes the Cork side out onto the pitch.
14.23 – Welcome to Croke Park as we commence the build-up for the 2013 All-Ireland senior hurling final between Cork and Clare.
14.25 – The minor match between Galway and Waterford is entering the closing stages and you can follow the latest on that game here.
14.26 – It’s looking like Waterford’s day with attacker Patrick Curran just after finding the net to put his side seven points clear in the minor match.
14.26 – The crowds are starting to stream in for the senior showdown at 3.30pm and the fans have been congregating around Croke Park from early today. 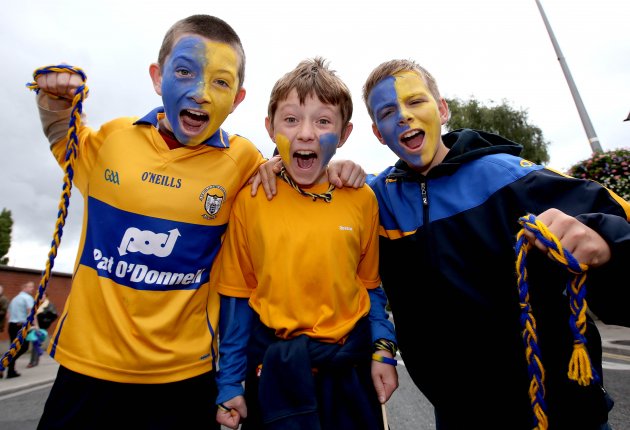 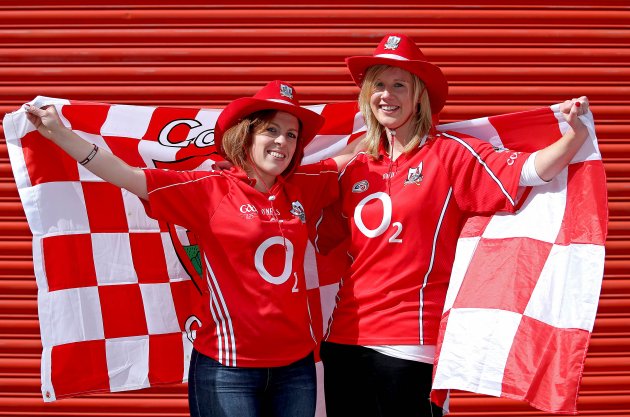 14.30 – The referee for today’s main game is Offaly’s Brian Gavin. The linesman and standby referee is Westmeath’s James McGrath while Johnny Ryan of Tipperary is the other linesman.
Then we have James Owens of Wexford as the sideline official with the four umpires, all Offaly men, being Michael Gavin, David Gavin, William Flynn and PJ Lawlor.
14.32 – And Waterford have just been crowned All-Ireland senior minor hurling champions with a 1-21 to 0-16 win over Galway. Great scenes of celebration here amongst their players and supporters, they’ve endured plenty unhappy days at this venue before.
14.47 – Here’s the teams that are named to start this afternoon:

14.48 – Rumours that John Conlon would miss out due to a shoulder injury seem unfounded at the moment. We’ll let you know if there’s any updates on that.
14.49 – The ‘Hurling Stars of the 80′s’ are currently being introduced to the crowd in Croke Park. The team is made up of players who did not win an All-Ireland senior medal.
14.49 – Unsurprisingly the Clare players on the side received the biggest cheer, particularly one Ger Loughnane.
14.53 – Some well-known political faces outside Croke Park making their way in for today’s game. 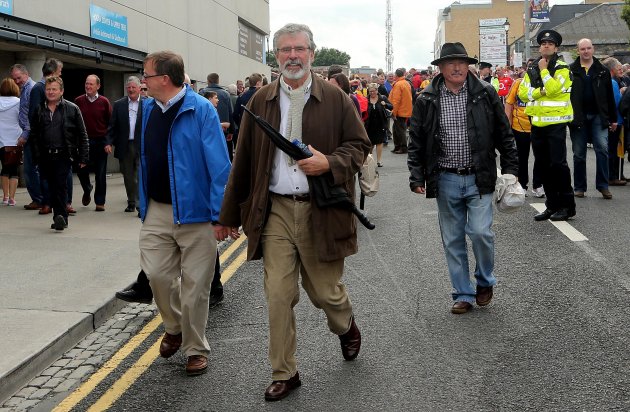 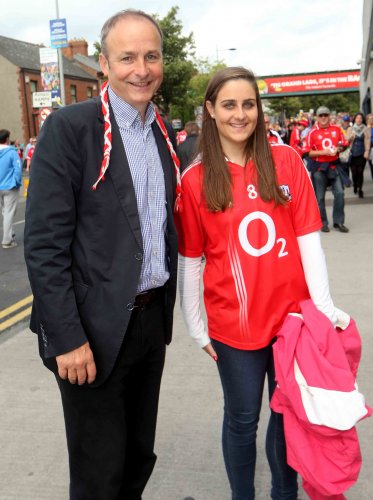 14.55 – It being All-Ireland hurling final day, there is of course plenty pageantry to the occasion. A giant Cork flag is now being brought out in front of the David End with a giant Clare flag at the opposite end in front of Hill 16.
14.57 – Couple whispers of rumors floating around about the Clare team selection. Could U21 Peter Duggan be launched into the fray? It seems a possibility.
15.00 – Clare have just come out onto the field. The Banner roar that greeted them was predictably loud.
15.03 – Here’s the Clare subs for today’s game:

15.25 – Croke Park is in superb condition and the rain is staying off for the moment. We’re closing in on throw in.
15.05 – Huge ovation in Croke Park at the moment for World Champion Rob Heffernan, who is being introduced to the crowd.
15.07 – And here’s the Cork subs for today’s game:

15.19 – Which manager will be celebrating today?
Davy Fitzgerald… 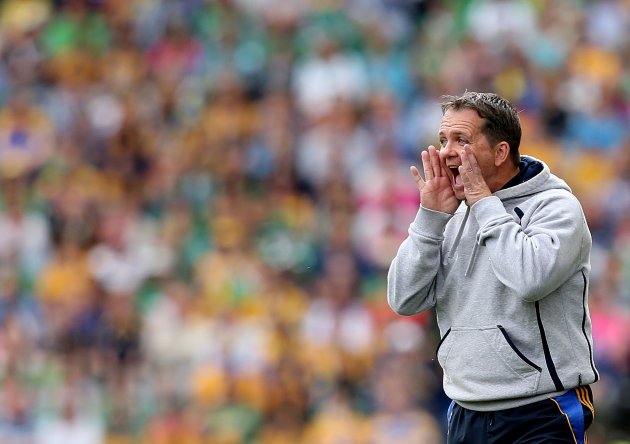 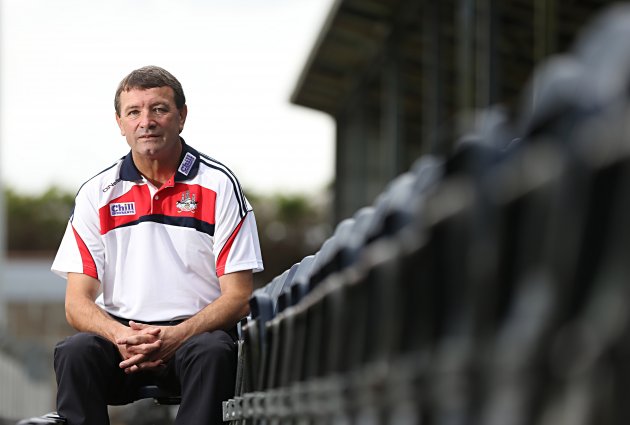 15.21 – Handshakes all round. The two teams are just shaking hands with each other on the red carpet moments after they all met President Michael D Higgins.
15.21 – Pre match parade time behind the Artane Boys Band.
15.22 – Random fact alert – all of the Cork team have taken off their helmets for the parade.
15.23 – The atmosphere is pretty impressive here in Croke Park. The teams are walking by the Cusack Stand right now.
15.26 – Final call for predictions – Cork, Clare or the draw?
15.39 – Great defending by Shane O’Neill to dispossess Darach Honan and win a free.
15.26 – Here’s the Cork squad… 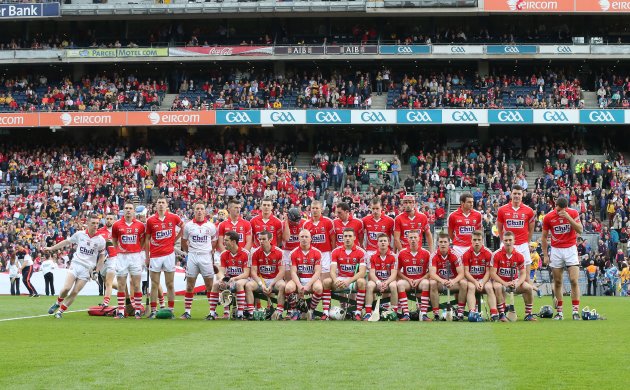 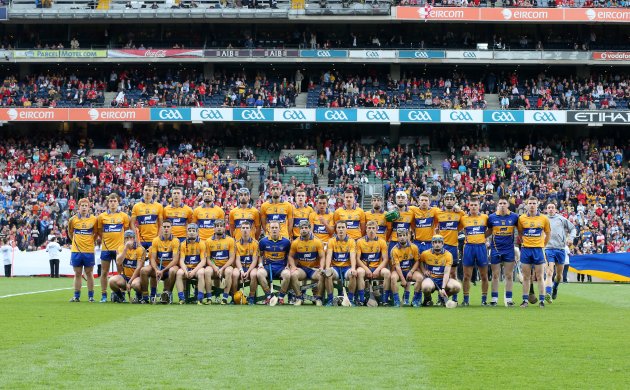 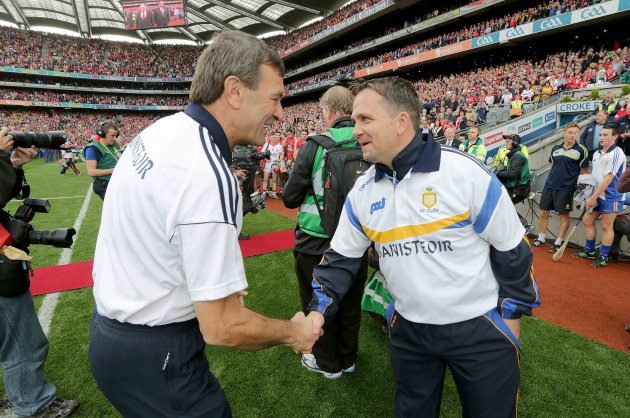 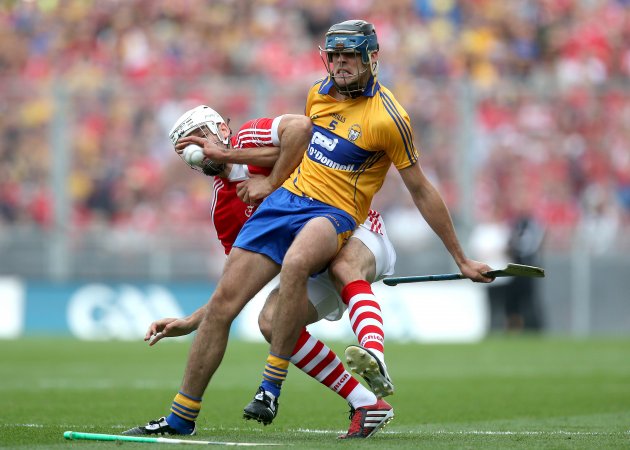 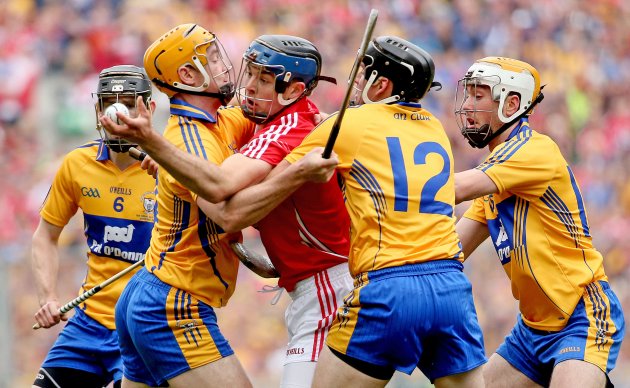 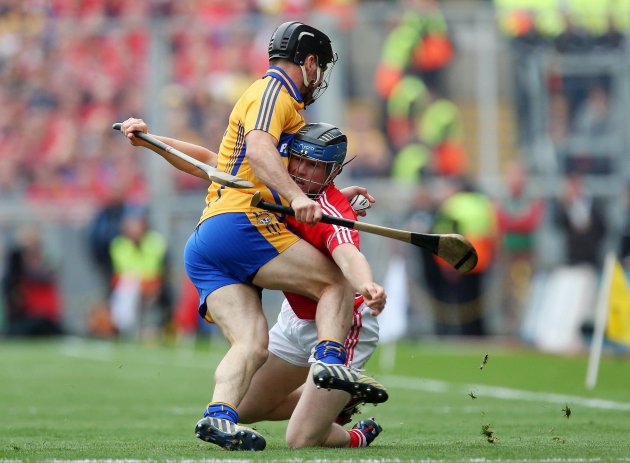 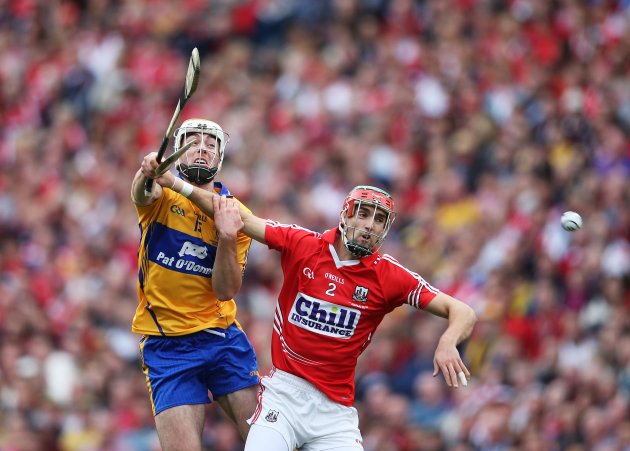 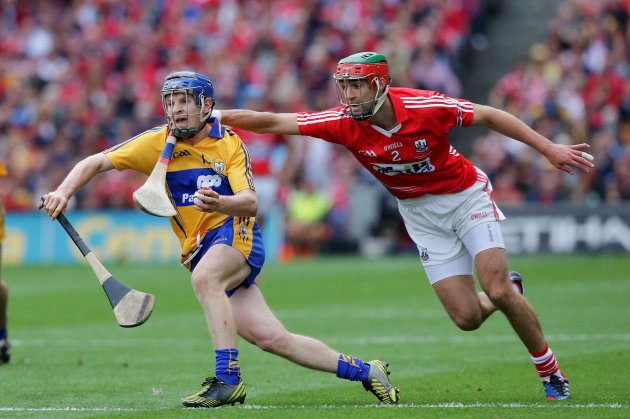 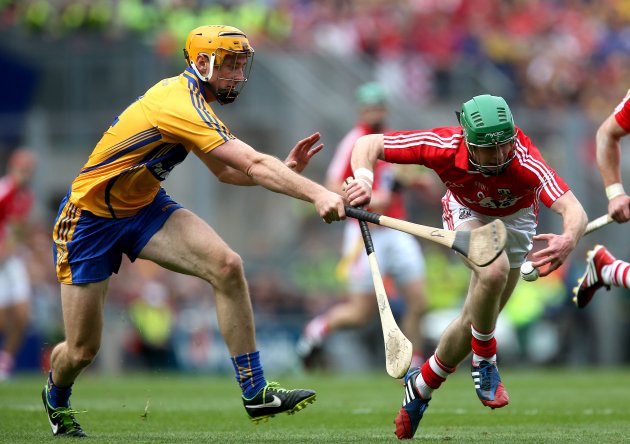 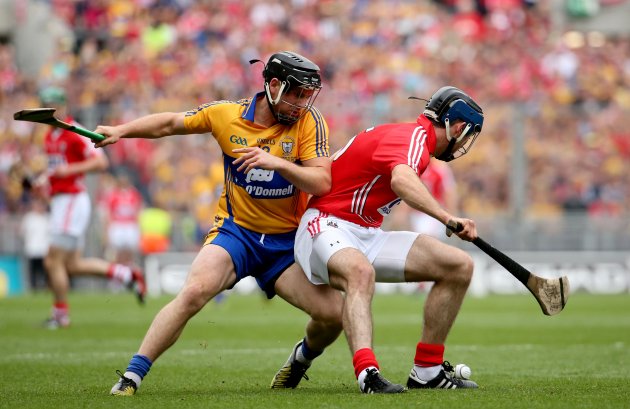