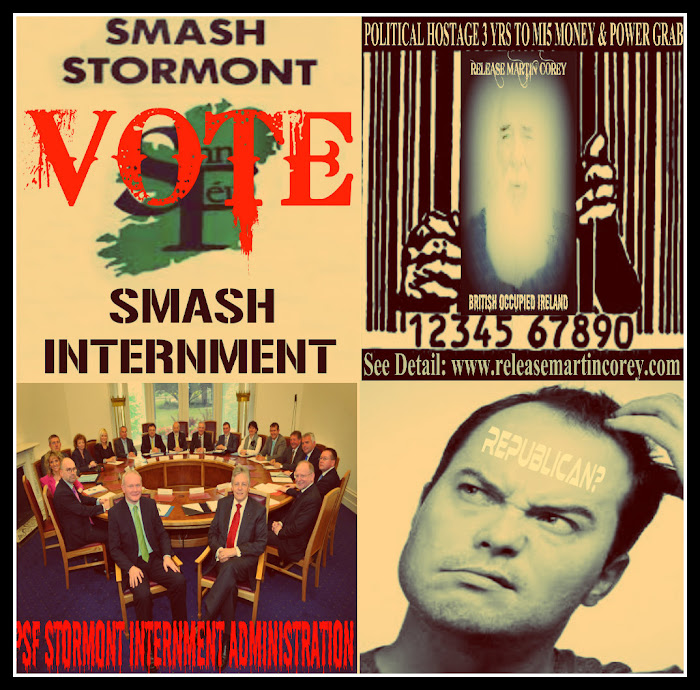 I've known for some time of the allegations that Congress and Parliament is run by blackmailed politicians caught on film doing depraved sexual acts with children and whatever takes their fancy. This explains why politicians seem to be comfortable allowing places like Israel to bomb innocent civilians in Gaza and indeed Kay Griggs says exactly this in her testimony against her husband who was the Marine Corps Chief of Staff. Zionism and the unwavering support for Israel is at the heart of international political sexual blackmail.

The challenge with communicating the issue to time starved celebrity obsessed people is that it is more War & Peace than a corporately controlled newspaper headline. Most people don't have a hundred hours or so to look into how MI5 and the CIA recruit future politicians who are then encouraged to be in situations where they can subsequently be blackmailed.

Naturally this depraved mileiu is well represented in the mainstream (for-profit news) media by people like David Aaronovitch who is a repeated defender of both paedophiles and Zionism over at least a decade or so. It's natural to assume there must be something in it for him to be so comfortable with the obnoxious, the disgusting and the depraved. The alternative is he just feels at home with these issues.

The probe will cover attacks on boys over two decades at the home in Northern Ireland – suspected to have been regularly visited by establishment figuresScandal: Kincora boys home Scandal: Kincora boys homePacemakerPolice have reopened an investigation into child abuse at a notorious care home linked to claims of a cover-up by the secret service to protect top level perverts, the Sunday People reports.The probe will cover attacks on boys over two decades at the Kincora home in Northern Ireland – suspected to have been regularly visited by establishment figures.Sources told the investigative *website Exaro that the Police Service of Northern Ireland is *asking to interview former residents. Kincora was home to 168 boys aged 15 to 18 between 1963 and 1968.Three senior care staff were jailed in 1981 for abusing 11 boys.But it is feared there were many more victims and abusers.Since the case there have been suggestions that paedophilia at Kincora was linked to Anglo-Irish relations and British intelligence services. There are *unsubstantiated claims that visitors to the home in East Belfast included military, *politicians and civil servants.The PSNI returned to the Kincora files as a result of information *received by a public inquiry launched last May into “historical institutional abuse in Northern Ireland”.Retired judge Sir Anthony Hart is chairing the inquiry. It is looking at abuse in residential institutions in the province between 1922 and 1995 and is due to report in 2016. The new probe comes 28 years after a public inquiry chaired by Judge William Hughes ruled there had been no extensive ring of abusers centred on Kincora.Three years earlier, in 1982, local politician Joshua Cardwell had committed suicide after being questioned over Kincora.He was an East Belfast *councillor who had chaired the committee responsible for children’s homes in the city.Concerns over Kincora were raised in a 1996 book, which claimed one of the convicted child abusers, William McGrath, was an MI5 agent. The Kincora Scandal, by ex-BBC journalist Chris Moore, alleged prominent unionist McGrath had sickening sex attacks on kids covered up. The book said two police probes were obstructed by “the establishment” in Britain.McGrath, the housefather of Kincora, was dubbed “The Beast” by detectives. He was said to be leader of a shadowy paramilitary-style organisation of fanatical Protestants called Tara.He was also said to be linked to senior unionist politicians, including Democratic Unionist Party leader Ian Paisley, who officiated at the weddings of two of McGrath’s children.Police were *anonymously tipped off about McGrath a decade before his *arrest. The call is *alleged to have been made by a man who was also involved in the Orange Order and the Tara movement.He fell out with McGrath and later repeatedly attempted to *expose his involvement in Kincora.In 1990 the BBC programme Public Eye claimed the man made allegations about McGrath in 1975. Those claims were passed to MI5, according to a former Army *intelligence officer who was said to have been blocked from doing *anything with the information.Former Army press officer Colin Wallace, who was based in Belfast, has insisted the authorities knew boys were being abused at Kincora six years before they acted.The home was opened in 1958 and run by health authorities. It closed in 1980 and three senior members of staff were suspended. They were later convicted of 23 sexual offences against 11 boys in their care between 1960 and 1980.Joseph Mains, the warden at Kincora, and his deputy Raymond Semple both admitted all charges. McGrath denied the allegations but changed his plea at Belfast Crown Court. It was claimed in court that abuse took place in bedrooms, while boys were watching *television, in the toilets and on the first floor landing.McGrath,and Semple got four years each and Mains got six. McGrath continued to be the *subject of speculation because of his links to religion and a loyalist Orange lodge. He died in 1991.In a statement to Exaro and the Sunday People, a PSNI spokesman said: “There is currently a public inquiry on-going in relation to *historical abuse. Individuals are being encouraged to contact Judge Hart, who is heading the inquiry.“Where appropriate, his inquiry team will pass this information to the PSNI. The PSNI has received a number of referrals.”The reopened Kincora case underlines calls by people who suffered abuse as children for *counselling and other support *services to run alongside police investigations, as reported by the Sunday People and Exaro last week.London’s Metropolitan Police paedophile unit has two *investigations running into claims of child sex abuse allegedly involving VIPs *including senior political figures.Police interest in historical child abuse was heightened by the *exposure of paedophile BBC star Jimmy Savile. Keir Starmer, the Director of Public Check out all the latest News, Sport & Celeb gossip at Mirror.co.uk http://www.mirror.co.uk/news/uk-news...#ixzz2SoWjnYkA

MI5 AND THE IRA


The historian of the Security Service ( MI5) Christopher Andrew threw out some intriguing comments about tackling the IRA at a lecture I went to last night, attended by a formidable line-up of academics and insiders. The main problem with the secret services he said, was that because they were so obsessed with secrecy, they didn’t learn from their own history – and nowhere more than in tackling Irish terrorism. The first problem was that Special Branch was set up in 1883 to deal with Fenian terrorism on the British “mainland” and kept that lead role until 1992. Everywhere else, responsibility was shared with the Secret Intelligence Service (MI6) and the Branch, and turf wars broke out from time to time.
In Ireland between 1916 and 1921, said Andrew, Irish intelligence defeated us, no doubt about it, it wasn’t all Michael Collins.
Exactly the same happened in the 70s. If only MI5 had read the history of the earlier campaign they wouldn’t have made the same mistakes.
Margaret Thatcher was “very reasonable about the attempt to kill her”, but John Major “got really cross” after the IRA mortar bomb narrowly failed to kill hiom and half the cabinet in 1991.
MI5 got the lead role in 1992 ( as explained by former MI5 DG Stella Rimington in 1994.) That made all the difference.
“Then we got around to tackling the IRA.”
Not brand new intelligence this by any means, but the tone was interesting and left me in no doubt that much of the British establishment believes MI5 spiked the IRA guns. Alas, it will at least another generation before all the threads of the story are pulled together.
and of course, MI5 are with us still, more visibly and in a new role.