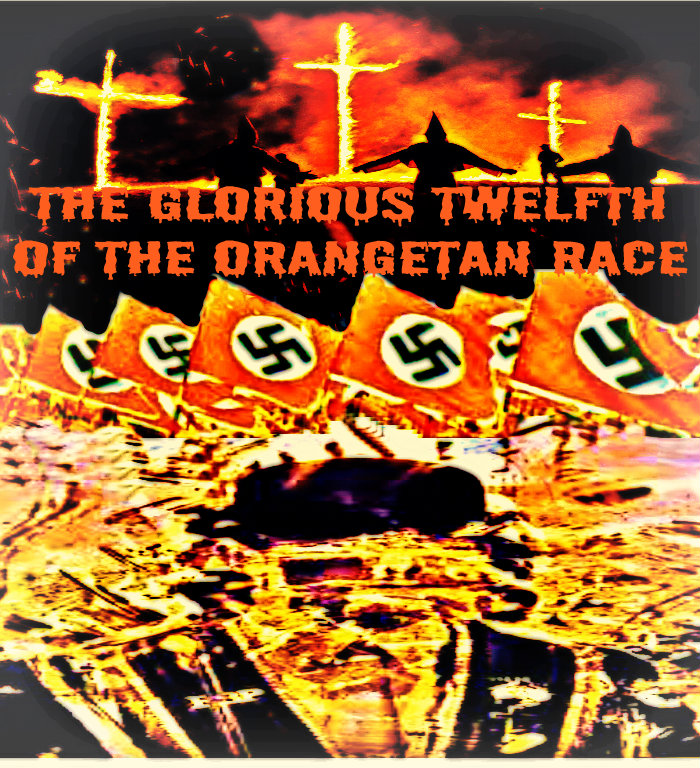 I've known for some time of the allegations that Congress and Parliament is run by blackmailed politicians caught on film doing depraved sexual acts with children and whatever takes their fancy. This explains why politicians seem to be comfortable allowing places like Israel to bomb innocent civilians in Gaza and indeed Kay Griggs says exactly this in her testimony against her husband who was the Marine Corps Chief of Staff. Zionism and the unwavering support for Israel is at the heart of international political sexual blackmail.

The challenge with communicating the issue to time starved celebrity obsessed people is that it is more War & Peace than a corporately controlled newspaper headline. Most people don't have a hundred hours or so to look into how MI5 and the CIA recruit future politicians who are then encouraged to be in situations where they can subsequently be blackmailed.

Naturally this depraved mileiu is well represented in the mainstream (for-profit news) media by people like David Aaronovitch who is a repeated defender of both paedophiles and Zionism over at least a decade or so. It's natural to assume there must be something in it for him to be so comfortable with the obnoxious, the disgusting and the depraved. The alternative is he just feels at home with these issues.

in a recent programme on RTE Ken Maginnis stated he met Margaret Thatcher after the IRA had killed eight British soldiers and she asked him who was responsible.The former UDR(local British army regiment ) major gave Thatcher the  names of people he suspected were involved and just  days afterwards those named, volunteers, brothers Gerard and Martin Harte along with Brian Mullin, were ambushed by the SAS.
This confession from the horse’s mouth, clearly demonstrates that the British government,along with the collusion of the Ulster Unionist party, were responsible for targeting and executing people. It also confirms what Irish republicans have been saying for years, that those at the highest levels of British government are involved in targeting an assassinating Irish republicans, solicitors and anyone else who challenge their occupation in Ireland without trial.
I believe it is reasonable to assume, that they continue to be involved in the targeting and internment of traditional Irish republicans like Martin Corey, for political internment without trial on the same vindictive basis,that John Downey is currently being held in England. With the reality of British Sinn Fein being part of the current politcal establishment in the one party executive at Stormont, it begs the question of their involvement in political internment.
The article above, is just part of the growing evidence, from the body politic of both the UK and US, revealing political blackmail, from the secret services, as  the corporate leverage of power, in both illusionary democracies. The old adage, knowledge is power, with the extent of  the NSA Prism programme  and what the Brits have doing for years from Cheltenham amountin to politcal blackmail. Nowhere is this more evident than in the scum, sectarian, state of British Occupied Ireland with the MI5 groomed, mentored politicians of Sunningdale MK II.
The internment without trial,of innocent citizens as a tool of political fear and hostage taking is very much part of the Secret Service politics of blackmail and fear. Almost all of the leading  political players both in the North and South of Ireland, are very much pawns of  British SS Bullying which  is Fascism not democracy enabled by censorship and the corporate presstitutes of media, such as the BBC paedophles.

PRISM & ‘Purity’: NSA Follows Nazi Tradition
By Max Keiser  July 09, 2013 "Information Clearing House - "RT"--- The NSA in America is following in the Nazi tradition in its attempt to discriminate based on data collection, modeled around their belief system - which justifies trashing the Constitution in pursuit of ‘pure’ data.

DNA is data. Thanks to the scientific work of Watson and Crick and their discovery of the double-helix and all its component parts in the DNA strands that make up all living cells, we know that humans are made up of data. To microbiologists and bio-engineers, this information means the development of drugs and treatments for illnesses - leading to more healthy, better lives.

For dystopian, nightmarish autocrats and megalomaniacs, data can be interpreted as a way to segregate populations based on outward traits such as skin color, physical appearance, family history and cultural affinities. The National Socialist Party in Germany back in the 1930s used this access and warehousing of data as the basis for their attempt to create a ‘pure’ race of people: unquestioning of authority, uniform in appearance - with homicidal and genocidal tendencies. They succeeded. Purity of data; mostly drawn from inferences from DNA data resulted in a singularly genocidal group of uniform-looking killers who lauded ‘pure’ DNA-types and went about exterminating the others (while transferring these fellow citizens’ wealth; the real reason behind the pogrom).

The NSA in America, similar to Nazi’s attempt to discriminate based on data collection, justifies trashing the Constitution in pursuit of ‘pure’ data. It's not about Aryan blood this time, but identifying pure, ‘patriots’ whose emails, data searches, emails, credit card charges, online chats, cell phone chats, physical mail (being photographed), fingerprints, and blood samples must pass through data-mining's ‘Big Data’ purity analyzer to make certain that every American - no, correct that, everyone on Earth who interacts digitally - is pure of heart and spirit (read: willing to shop themselves to death). All dissenters will be arrested. All assemblies will be broken up. All attempts at nonconformity will be met with harsh prison sentences.

If America’s ‘Big Data’ is new Nazism, who are the scapegoats?
The scapegoats being marked for death and imprisoned this time are the poor. Back in Hitler’s day, the rich were targeted; their wealth stolen and the lives snuffed out, but this time it’s the poor who are being sent to the Gulag.
The top 1 Basis Point (formally known as the top 1 percent - but that included too much riff raff, so now it's the top 1/100th of 1 percent or ‘basis point’) needs to keep their Ponzi scheme of inflating worthless bonds higher, by ‘front running’ markets and creating a blitzkrieg of ‘Weapons of Mass Financial Destruction’ using data-intensive algorithms.
The Data Death Machines are running at the speed of HFT (High Frequency Trading) bots; billions of transactions a second to keep the flow of money flowing from billions to the rent-seeking neo-Nazis who run the four biggest banks in the UK (the global center of accounting fraud and market manipulation) and other banks in New York, Paris and Frankfurt.

Will the resistance succeed in beating the new data Nazis? People in Brazil, Egypt, Turkey, Greece, Cyprus and cities all over the world are rising up against their data oppressors. Edward Snowden has emerged as a new global hero, along with WikiLeaks and Glenn Greenwald; men who embody the spirit of the founders of the United States of America (going back 200 years) when individual freedom and transparency were still considered valuable commodities.

Will the data-Nazis be defeated by Russia in the way Russia beat the Nazis back in World War II? Where is the new Stalingrad? Carrying through with this analogy we should look to data autocrats like Oracle, Google, Facebook and the big phone companies around the world as the new axis powers that need to be defeated in this new war of privacy vs. tyranny.

Max Keiser, the host of RT's ‘Keiser Report,’ is a former stockbroker, the inventor of the virtual specialist technology, virtual currencies, and prediction markets.