The 14 Hooded Men: Statement on Martin Corey by Jim McIlmurray: On Tuesday, April 16th, 2013, Lurgan man Martin Corey will have spent three years in Maghaberry Prison without any charges ever being placed... 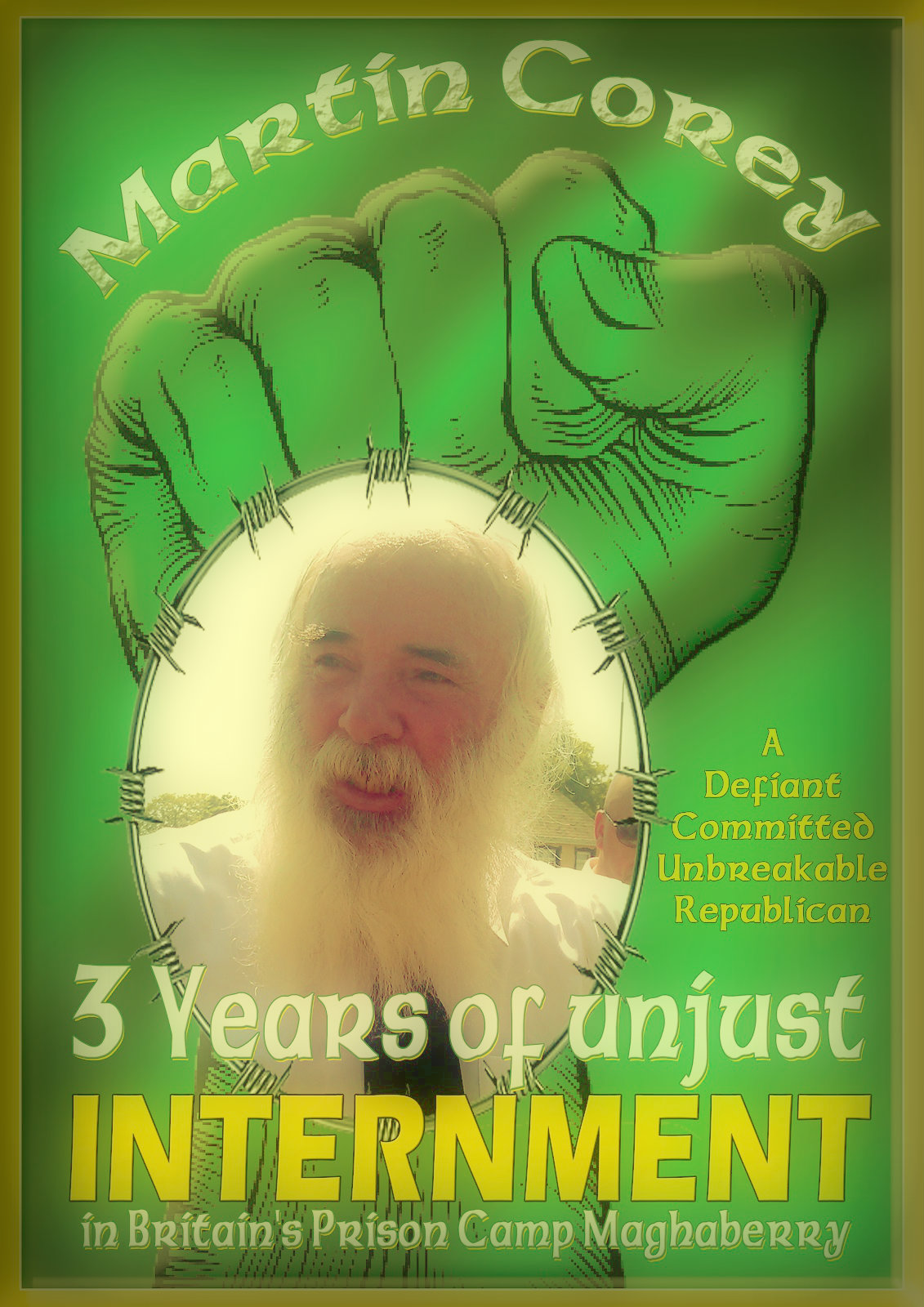 RELEASE MARTIN COREY NOW !Martin Corey is a Republican from Lurgan, Co. Armagh.  He was sentenced to Life Imprisonment in December 1973.   At that time he was only 19 years old.  He was to spend the next 19 years of his life in jail until he was finally released without signing anything in June 1992.
WITHOUT WARNING on April 16th 2010 he was taken back into custody.
No Reason
was given to Martin at the time or since his return to jail.

This Website is to help secure his release and update on the situation - please sign the petition for Martin's immediate release.
Nobody knows the reason why Martin was arrested, nor has a reason been given.   This is very worrying, indeed all free minded people, all who believe in free speech, freedom of expression, freedom of movement should be worried, all who believe in a democratic society where everyone is entitled to his or her own opinion should revolt to this 63 year old mans defense.  As an Irish Republican Martin Corey believes in the right of the Irish people to the ownership of Ireland, he believes Ireland and her people have a right to practice unheeded their own independence.  Is this why Martin was interned?  When did it become a crime?  Was it with the signing of the Belfast Agreement (GFA), is this the new start, the new beginning we were all promised?

The reality on the ground is that not much has changed and so it becomes obvious that Martin Corey is being held Hostage by the British Government because of his Political Beliefs, all those who believe in justice and equality must support this campaign.