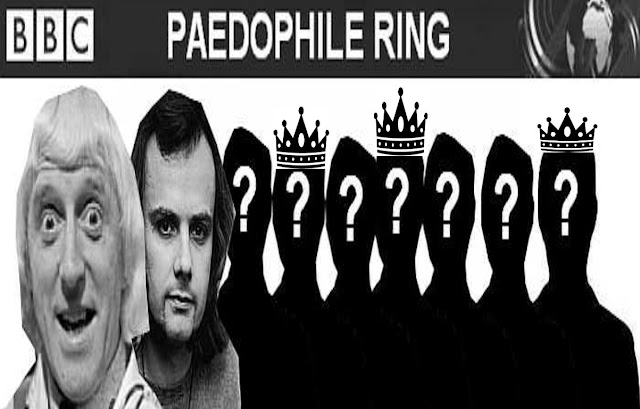 The REAL danger to the USA lies to the East in Jolly Old England. Their old oppressors and so-called allies pull the strings.That’s right–England (if that’s what it really is).  Is it England?  Or Britain?  Or GREAT Britain?  What the hell is the United Kingdom?  The Commonwealth of Nations?  They have a staggering number of names for such a small  place.  What’s in the United Kingdom?   England and British occupied Ireland, I guess.  What about Scotland?  I think so, although I’ve seen Braveheart a bunch of times, and I’d cut those violent, skirt-wearing, bagpipe-playing loonies a wide path.  Wales?  I guess so.  My ancestors came from Wales, and I’ve never heard anything about it being a country.  Then again, I don’t pay much attention to current events.  Maybe it is a country. How the hell should I know?  I know British Occupied Ireland is part of it because they blow up a lot of stuff.  What about Canada?  I have no idea, but it seems like they are part of the same Axis of Evil.  I’m pretty sure Australia isn’t part it, because that’s where England dumped all their convicts, at least the ones that didn’t end up in America.
Their government is sketchy, to say the least.  Have you ever watch Parliament on CSPAN?  It consists of people standing up and flipping through notebooks while exchanging insults.  I’m torn between thinking it is the ultimate democracy or a Monty Python skit. So, I suppose England is part of the UK which is a collection of countries.  Sounds like Communism to me.  That alone should make them our enemy.  But there are other equally compelling reasons to take Draconian measures against this “nation.”
What do the American Revolutionary War, The War of 1812, World War I and World War II have in common?  The British forced us into all of them.  Okay, I’m not sure about the War of 1812, but I think that’s right.  On the other three, I’m dead certain.
In both World Wars, we were forced to save their asses from the Germans.  If it weren’t for us, they’d be goose-stepping in front of Buckingham Palace right now.  Arguably, the Japanese forced us into WWII, but why do you think we were in Europe?  To save France?  Don’t make me laugh.  England.  Plain and simple.
Now, check out this little bit of history:
Do you see a pattern here? Hopefully, they’ll skip the Nazi thing this time, but it’s clear that the Germans will try to take over the world again.  Then, we’re right back in another war.  How is this England’s fault, you ask? It is obvious that they are particularly offensive to Germans and an inviting target as well.  But, imagine if they were part of the old US of A?  We are the most powerful warriors the planet has ever seen!  The Germans will stay right where they are, except maybe for overrunning France.  Again, who cares?

England has to have nuclear weapons, doesn’t it?  Indian and Pakistan do, so England has to.  I’ll just assume that’s correct.  Imagine if those weapons fell into the hands of the Scots with their fiery temperaments and willingness do battle.  How about British occupied Ireland?  Violent drunks–good lord.  Is there any other country full of such unstable sorts that we would allow to have WMD (other than us, of course)?  We take over and seize all the weapons.  The world will be safer for it.  I expect at least one Nobel Peace Prize for this idea alone.

The pure silliness of the Brits is enough to justify military action.  Their penchant for monocles, top hats and tailcoats.  Their odd money–pounds, pence, quids and guineas.  But, it’s their language which reduces them to little more than a sideshow.  Consider that they say–and understand–the following:

You may think conquering England, Britain, Great Britain, The United Kingdom and The Commonwealth of Nations is a daunting task.  I think not.  I’m sure our military leaders have already planned out a takeover “just in case.”  If not, I have devised a simple strategy to crush them.  Here is my plan:

Bye, bye “Great” Britain.  Hello, Fabulous America!  With their overlords crushed, those hockey-playing Canadian goons will be vanquished to the scrap heap of history.  What then? I suppose every group of savages has its redeeming qualities.  The same is true of the British.  Their humor is excellent.  Monty Python, Marty Feldman, Harry Enfield and Benny Hill are just a few of their entertaining sorts.  Certainly, their music has been fine with The Beatles, The Rolling Stones, Bon Scott and Led Zeppelin.  We’ll preserve some of that.

Beyond those few attributes, the rest of their culture will be wiped out.  No more bangers and mash.  Beer will be served cold–not luke warm.  French fries are French fries–not chips.  They’ll eat cookies, not biscuits.  Iced tea will be iced.  Football is football, not soccer.  Quit boiling all your food.  Drive on the correct side of the road.  Our cops aren’t called bobbies, and they carry guns.  Everyone else does, too, so get armed, and Bob’s your uncle!
In this new world, the USA is supreme, if it isn’t already.  France will reflexively surrender (old habits die hard, you know).  Canada will fall without even a whimper.  And that, old chap, will be jolly good. Now, bugger off.