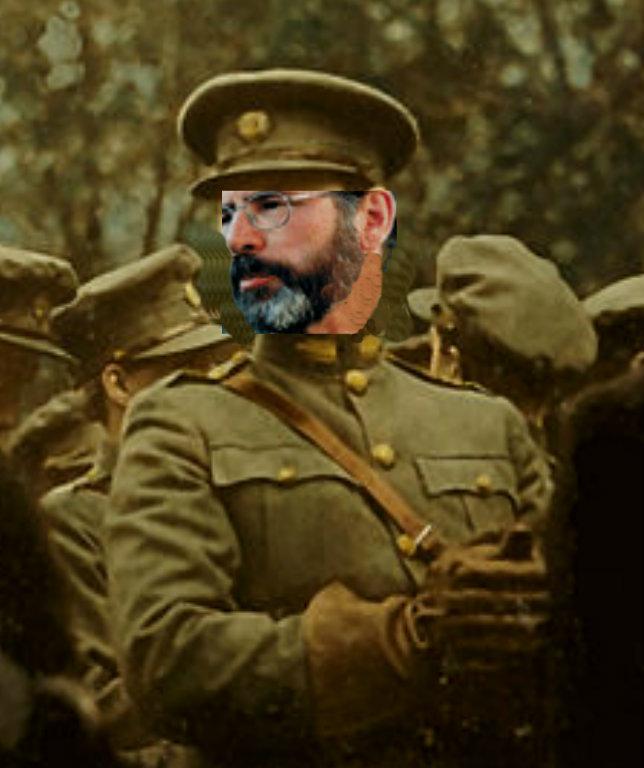 
Provisional Sinn Fein leader Gerry Adams is accusing the British Tory government of breaching commitments given during the Peace Process following the arrest of leading Donegal Provisional Sinn Fein member John Downey. The veteran republican was brought before Westminster Magistrates Court in London to face charges on a 1982 IRA bomb attack in London's Hyde Park in which four British soldiers were killed.

He appeared at the Old Bailey by video link from Belmarsh prison and was remanded in custody. No bail application was sought by Mr Downey, who has been a leading member of Sinn Fein in Donegal. In 2009, he read the Easter statement on behalf of the leadership at the Provisional annual Drumboe martyrs commemoration.

The 2001 talks outside Birmingham were part of the implementation of the 1998 Good Friday Agreement. The Weston Park deal enabled the final disarming of the Provisional IRA. It also saw a British commitment to hold a public inquiry on the state assassination of lawyer Pat Finucane, which was equally reneged upon.

Provisional Sinn Féin Assembly member Gerry Kelly commenting on developments, described Mr Downey as "a long time supporter of the peace process". "The decision to arrest and charge him in relation to IRA activities in the early 1980s is vindictive, unnecessary and unhelpful. It will cause anger within the Republican community."

He further stated that following from the negotiated resolution of the OTRs issue, Mr Downey had received a letter from the British government in 2007, stating that he was not wanted by the PSNI or any other British police force. "Despite travelling to England on many occasions now six years on he finds himself before the courts on these historic charges," Mr Kelly said. This is similar to the shredding of a Royal pardon by the British, with regard to Marian Price.

"This development represents bad faith and a departure from what was previously agreed by both governments. "John Downey needs to be released and allowed to return home to his family." The controversial arrest followed the 15th anniversary of the 1998 Good Friday Agreement, when Mr Adams again urged the 26 County government to press the British on "outstanding issues" of the peace deal. Speaking in Belfast, he accused the Tory government of defaulting on a number of past agreements, including commitments to legislate for a bill of rights and an Irish language bill for the North.

He called on the Dublin government, which he said was "a co-equal guarantor" of the Good Friday Agreement, to fulfill its obligations to intervene. "I am calling on them now to bring forward a strategy to ensure the British government deliver on the commitments and support the work of the executive," Mr Adams said.
Posted by Unknown at 3:19 PM