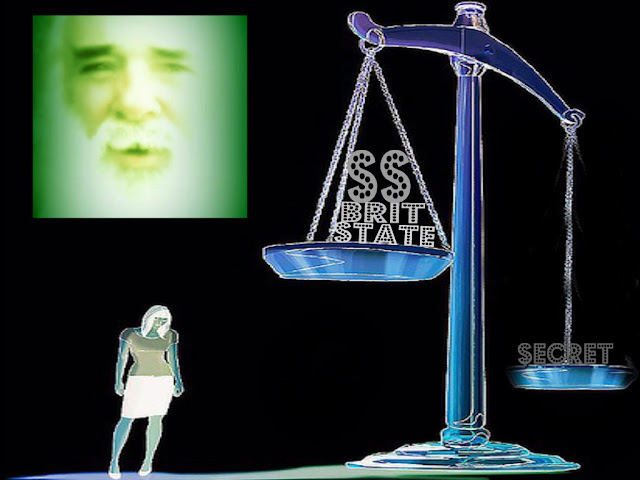 The human suffering in British Occupied Ireland, by elderly political internees like Marian Price and Martin Corey, is markedly similar to the political internment, introduced forty years ago by the British, which escalated from crisis to disaster, culminating in the deaths of 10 Irish hunger strikers.


Over the past two years, the nefarious work of the Tory Government, in conjunction with their secret services with gestapo like powers, have dismantled the Irish Peace Process into No Due Process, without any legal redress to British injustice in Ireland. This is a simple, provable, glaringly obvious truth, yet, the thought-control mainstream media, manage to somehow turn reality on its head, and make a virtue out of something vile and unspeakably villainous, as fascist political internment without trial, creating the injustices and conditions for endless British war again.

Protest on the street is illegal, with protesters charged for daring to highlight the matter, with another Hunger Strike, appearing to be the only recourse, to peacefully protest this obvious British injustice. Marian Price who already was on hunger strike for 200 days, is extremely ill as a result of force feeding, is now close to 60 and Peter Corey is an old age pensioner, so death is far more likely, rather than justice once again, from the heartless barbarity of British Occupied Ireland.


British imperialism has created a human tsunami of suffering all over the world, with Ireland being its first colony. The simple facts are, that Britain has started 28,000 barbaric and genocidal wars, invading and occupying their colonies worldwide.The British have murdered more than 100 million innocent people worldwide in their colonies, and in Ireland alone, they have disappeared more than 7 million people.

Unlike Germany making amends after Hitler, or making any effort to mitigate this suffering, they continue to exploit the massive misery they create, for political advantage, in their neo-colonial Commonwealth. Wherever they have been, be it India, Pakistan, the middle-east, etc., they have left a legacy of division and exploitation.


Their tactic of making an example of enforced human suffering,  to cow the natives, continues with Marian Price and Martin Corey, straight out of their centuries old invasions of British armies laying siege to cities, with enforced starvation, then hanging numerous locals from high scaffolds, as an example, to strike fear into the natives.

The facts are, they cannot make charges in open court against either Marian or Martin, because there simply is no evidence of wrong doing. Their real agenda being, to make an example of what happens to anyone in Ireland, who dares challenge British occupation or injustice.The British have always been the invading terrorists, not those who bravely resist their invasions and occupation. The Marian Price report below testifies to the above conclusion.

Mission: Promoting human rights and holding governments to account, drawing upon the lessons learned from the conflict in Northern Ireland.

Expertise and Achievements: Since 1990 we have provided support and services to anyone whose human rights were violated as a result of conflict. Our interventions have reflected our range of expertise, from the right to a fair trial to the government’s positive obligation to protect life. We have a long record of working closely with NGOs and government authorities to share that expertise. And we have received wide recognition, as the first winner of the Parliamentary Assembly of the Council of Europe’s Human Rights Prize in 2009 alongside other honours.

Introduction: Continued concerns regarding the trial and imprisonment of Marian Price

It will be two years since Marian Price was returned to prison in Northern Ireland following a political
rally on Easter Day 2011. Her position in the criminal justice process and her position in the prison
system raise concerns which, on this anniversary, we address below

Marian Price was released from prison on licence following the grant of a Royal Prerogative of Mercy in 1980. She was released on compassionate grounds due to ill health in part exacerbated through being force fed in prison and then contracting tuberculosis and anorexia. Following a political rally in Derry/Londonderry on Easter Day 2011 held in support of the 32 County Sovereignty Movement, a dissident republican political organisation, Marian Price was arrested in relation to activities in support of the Real IRA, a proscribed organisation and later in relation to the shooting of two British soldiers at the Masserene Barracks in 2009. These charges were later dropped against her. She still faces prosecution a serious terrorists offences but at this point her criminal trial cannot proceed because Marian Price is unfit to stand trial.

Following Marian Price’s arrest the Secretary of State for Northern Ireland determined that the
licence on which she was originally released from prison in Northern Ireland should be revoked
meaning that she could be sent back to prison on the basis that she had breached the terms of the licence that had followed the grant of the Royal Prerogative of Mercy. In this circumstance the imprisonment of Marian Price becomes a matter for the Northern Ireland Parole Board because, even after this prolonged period of time Marian Price remained on licence and in the same position as many other prisoners released on licence. She is not subject to the same terms of the agreement applying to prisoners released following the Belfast/Good Friday Agreement.

Her criminal trial, which has been challenged on the basis that Marian Price has no case to answer, has been set back because of her fitness to participate due to her deteriorating health condition. A further factor maybe the evidence held by the Secretary of State for Northern Ireland allegedly implicating her in terrorist activities. This secret evidence against her is subject to a special form of testing within the criminal justice system and may not be accessible to the defence lawyers representing her. In addition, when her case does come to trial, it will be heard by a judge sitting without a jury because of the provisions applicable in Northern Ireland to terrorist related offences. These latter two points are of concern when the fair trails rights of the accused are at stake.

Marian Price and the Conditions of her Imprisonment

When she first appeared before the criminal court Marian Price was granted bail. She was
immediately returned to prison on the decision of the Secretary of the State because she was
subject to a licence. She was further bailed by a criminal court following the death of her sister
earlier this year. She remained subject to remand pending trial because of the existence of the
licence and the powers of the Secretary of State who has responsibility for those prisoners on licence in Northern Ireland.


Two aspects of this situation are problematic:.

First, the terms of the licence maybe known and would usually mean return to prison to complete
the original sentence if a further criminal act is committed. However, the licence applying to Marian Price was drafted following the grant of the Royal Prerogative of Mercy the terms of which are not known because that document has been lost. Papers made available from the Cabinet Office and held at the National Archives and the reports of the parliamentary journal of record, Hansard, reveal that Marian Price was released on compassionate grounds. However, the exact terms of her conditional release are not known and therefore the Parole Commissioners for Northern Ireland who now have power in relation to her application for release pending trial have to make decision in the absence of the original evidential documents.

She was later moved to a mixed prison facility but was again subject to isolation through her own
choosing as she refuses to be classified as a remand prisoner or as an Ordinary Decent Criminal
(ODC) in Northern Ireland prison service terms. Her mental and physical health have declined
steadily, exacerbated by her malignant tuberculosis contracted during her previous period of
imprisonment when she was subjected to a prolonged regime of force feeding as she undertook a
hunger strike in support of her claim to be imprisoned in a facility in Northern Ireland.

Last year she moved into a civilian hospital where she remains. The conditions of her detention in a civilian hospital are not satisfactory. Her health care is subject to a prison regime for which there is s no protocol in place within either the Northern Ireland Prison Service or the Northern Ireland Criminal Justice Inspectorate. The UN Special Rapporteur on Torture has recently commented that health care came be a form of torture in certain cases.1

Conclusion: RW(UK) call for the release of Marian Price on compassionate grounds

If there is evidence against Marian Price for a terrorist related offence it has yet to be presented by the state to its judiciary. Marian Price has once against become a symbol in Northern Ireland of its troublesome and violent past from which the many wish to move on from. She is once again becoming a possible martyr and it was always politically naïve of the British state to think that this would not be so. Her name is writ large on walls in Belfast and in the Derry/Londonderry. She symbolises the past but is very much in the present.

Marian Price has been visited by NGOs from Northern Ireland including from Rights Watch (UK), the Committee on the Administration of Justice and the Pat Finucane Centre. Representations have also been made to the European Committee on the Prevention of Torture, the International Committee of the Rd Cross and the UN Special Rapporteur on the Right to Health, whose doctors were critical of her care in prison which facilitated her transfer to a civilian hospital. NGOs are not permitted to observe the proceedings of the Parole Commissioners. A further legal device would be to apply for a writ of habeas corpus.

If Marian Price is to be released on compassionate grounds by the Parole Commissioners for
Northern Ireland it should be without delay; the Minister of Justice for Northern Ireland could
exercise his discretionary powers to have her released because of the exceptional circumstances of the case. Finally, the Northern Ireland Court Service could accommodate her trial in hospital if she is fit to take part in the proceedings. In 2011 dissident republican Brendan Lillis was released by the Parole Commissioners for Northern Ireland because he was found to be too unfit to stand trial. 2 We continue to press for the release of Marian Price and she be afforded the right to a fair trial and not treated as a political pawn in a state of execptionalism.