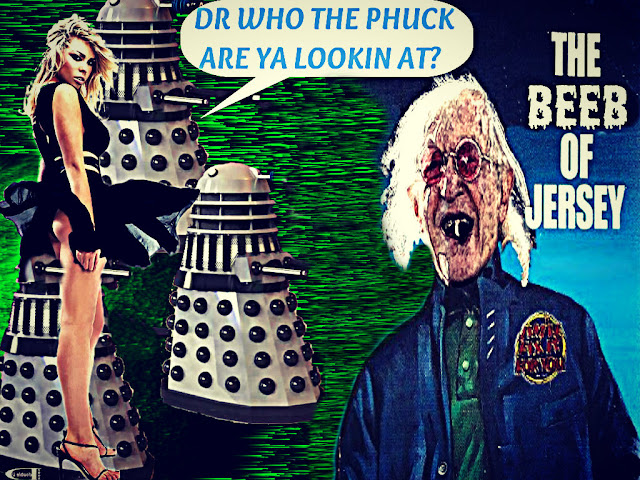 The paedo BBC, has refused to stop another Panorama programme, after a Korean students' union said the BBC has used its students to film. Three BBC journalists sneaked in with 10 London School of Economics students and spent eight days in North Korea up to no good.

LSE students' union's Alex Peters-Day said the programme should be stopped, because students were used and lied to without giving their informed consent, which essentially is a form of rape.The lying criminal paedo BBC has said however, that the students had been properly warned, ahead of the trip about the sort of disreputable paedo BBC company they would be sleeping with for 8 days. Would you or anyone in their right mind, sleep voluntarily with the BBC for 8 nights?

Head of news programmes Ceri Thomas said the North Korean government were the only party the BBC had deceived. Pull the other one BBC,m you have been deceiving the whole world with your sick behaviour of DR Who programmes of suggestive pubescent virgins, with protruding tits, feral censorship and filthy paedo propaganda on your world service.There is a mountain of evidence which out there, which we will be only more than happy to produce in any court even in North Korea who definitely would not tolerate, a paedo national broadcasting service like the Paedo BBC. Nine of the students were aged 21-28 while one was 18, he said. Thankfully there was no one younger.

The BBC spent 8 nights undercovers in North Korea with the poor students, who were deceived.  Three of the students have demanded  "that their images be taken out" and that they would be "pixellated or blobbed" from the BBC filth.


LSE students' union general secretary, Ms Peters-Day who did not go on the trip, told the BBC sux a cox,: "One of the students made it absolutely clear that she was not made aware of what happened.For us, this is a matter of student welfare, students were lied to, they weren't able to give their consent.She said LSE's future research was "now at risk". adding "I think the trip was organised by the BBC as potentially a ruse for them to get into North Korea and that's disgraceful. Usually it gets the BBC into other places as well the sneaky bastards. They've used the students bodies essentially in this situation."

LSE Prof George Gaskell said students had been put in a "potentially extremely dangerous with many wondering about how we were going to get these students out of solitary confinement in some North Korean jail". Prof George Gaskell also said "Some of my colleagues at the present are in Africa, China and various other sensitive countries.
"If their independence and integrity is challenged, they may find themselves in considerable risk."
The umbrella body for UK universities, said it regretted "the BBC's approach in this matter".

"Universities must be able to work with integrity and operate in sensitive areas of the world," chief executive Nicola Dandridge said.
She added: "The way that this BBC investigation was conducted might not only have put students' safety at risk, but may also have damaged our universities' reputations overseas."
Panorama reporter John Sweeney said the majority of the students he had travelled with supported the programme. He described North Korea as a "Nazi state" that practised the "most extreme form of censorship" exactly like the BBC itself.
He added: "It's more like Hitler's Germany than any other state in this world right now. It's extraordinarily scary, dark and evil," just like British Occupied Ireland as any honest Irish person will tell you.

In all seriousness, the bottom line is, that the the BBC is definitely culpable, in the cover-up and in a proper court would be found guilty of knowingly enabling a pedophile ring inside the BBC while also aiding and abetting an unrepentant child rapist. They are further guilty of broadcasting their filth worldwide today with suggestive programmes like Dr Who and their paedo BBC world service.