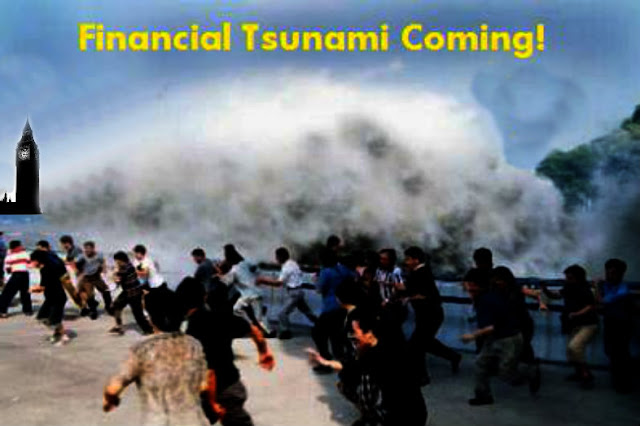 Its a slow day in a damp little Irish town. The rain is beating down and the streets are deserted.On this particular day a rich German tourist is driving through the town, stops at the local hotel and lays a €100 note on the desk, telling the hotel owner he wants to inspect the rooms upstairs in order to pick one to spend the night.


The owner gives him some keys and, as soon as the visitor has walked upstairs, the hotelier grabs the €100 note and runs next door to pay his debt to the butcher.


The butcher takes the €100 note and runs down the street to repay his debt to the pig farmer.


The pig farmer takes the €100 note and heads off to pay his bill at the supplier of feed and fuel.


The fella at the Farmers’ Co-op takes the €100 note and runs to pay his drinks bill at the pub.


The publican slips the money along to the local prostitute drinking at the bar, who has also been facing hard times and has had to offer him “services” on credit.


The hotel proprietor then places the €100 note back on the counter so the rich traveller will not suspect anything.


At that moment the traveller comes down the stairs, picks up the €100 note, states that the rooms are not satisfactory, pockets the money, and leaves town.


No one produced anything. No one earned anything. However, the whole town is now out of debt and looking to the future with a lot more optimism.


And that, is how the Irish bailout works


."Using fast neutrons, the mercury isotope 198Hg, which composes 9.97% of natural mercury, can be converted by splitting off a neutron and becoming 197Hg, which then disintegrates to stable gold. This reaction, however, possesses a smaller activation cross-section and is feasible only with un-moderated reactors."


I wonder at what price of gold relative to the operation cost of an un-moderated reactor would this be economically viable.

Ignore the issue of "money", it is irrelevant. The issue is energy. (And it takes a shitload of energy to convert lead into gold moron) Society has enjoyed the current standard of living because of the excess energy available to society (oil, coal, natural gas, fusion reactors). Without that excess energy, everybody will be farming the fucking backyard. All of our energy will simply go into feeding ourselves, there won't be shit left over to innovate anything, much less turn lead into fucking gold. Halarious.


"pick your favorite pet project=welfare for corporate (pick your favorite corporation)" - FIXED Sorry, did you have a fucking point? The god damn corporation own everything, including you and your "representation". This is where all democracies end up and why the republic should have been worth preserving and fighting for

How long can a bubble trade sideways at the top? bitcoin is back up over $140 again, but it has been moving sideways for days. It could stabilize around this price, if it stops increasing exponentially faster and faster, but does not collapse either.

Boris - Bubble? What is bubble?!