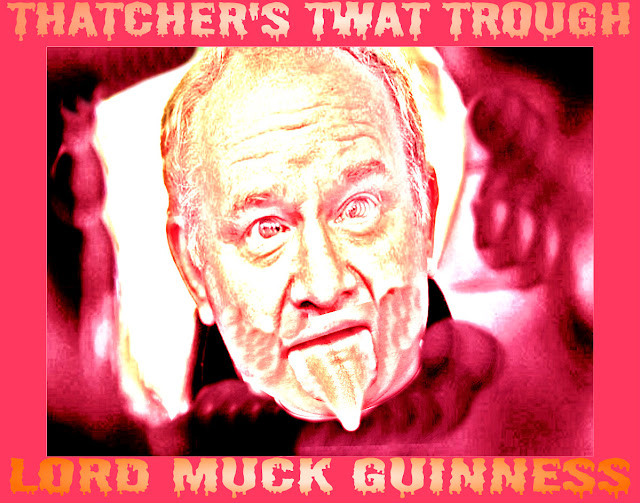 Margaret Thatcher, the so-called Iron Lady, was one of God's gifts to music. In the history of popular music, there has probably never been a head of state more reviled in song than the former British prime minister, who died this week.
You could say Thatcher exerted a remarkably creative influence on British music from the late 1970s to the late '80s and beyond. The ridicule and rage heaped on her prompted some of the spikiest lyrics, angriest guitars and most indelible percussion to be heard during one of the most rancorous eras in modern British music and politics.
During her 11-year reign, Thatcher was the conservative politician who British musicians (and a few non-Brits) of many stripes - ska, punk, rock, new wave, folk, reggae, even electronic dance music - loved to hate. The vitriolic song titles alone - never mind the lyrics - left listeners in no doubt about the depth of loathing: the Beat's Stand Down Margaret; Heaven 17's (We Don't Need This) Fascist Groove Thang; Klaus Nomi's Ding-Dong! The Witch Is Dead; the Specials'Ghost Town; the Varukers' Thatcher's Fortress; the Larks' Maggie Maggie Maggie (Out Out Out); Morrissey's Margaret on the Guillotine; and Elvis Costello's Tramp the Dirt Down andShipbuilding.

Illustration by Dionne Gain.
A couple of years before Thatcher rose to power, the Sex Pistols launched punk's attack on the English public school power elite withGod Save the Queen, proclaiming ''there is no future in England's dreaming''. But when Thatcher became the official face of conservatism, British musicians and other artists instantly substituted her for the more benign Queen Elizabeth.
Advertisement
I lived in England from 1980 to 1982, and again in 1984. In many respects, it was a grim time, economically and socially. Those years were marked by double-digit unemployment, a prolonged and bitter miners' strike, a surreal war with Argentina (which Thatcher, in her Britannia battle-dress mode, championed from start to finish), vicious soccer hooliganism fed by neo-Nazi propaganda, escalating Cold War nuclear tensions and ethnic-based rioting in London, Liverpool and Bristol.
But musically, it was a brilliant period of innovation, and at least some of that dynamism was due to the massive youth discontent rumbling up from the streets of Brixton and Aberdeen. Much of the best pop music of the Thatcher years was a response to the perceived bleakness, and it expressed itself in different forms. On one side was the aggressively politicised engagement of groups such as the Clash and early UB40 (whose name referred to a British unemployment-benefits form). On the other was the flamboyant, clothes-horse escapism of new romantics groups such as Duran Duran, Spandau Ballet and Culture Club.
But all these forms could be interpreted, at least partially, as responses from some musicians to a growing sense of anger and confusion, if not despair, about the transformations unleashed on British society by Thatcher's determinedly - some would say ruthlessly - free-market economic policies, which vivisected Britain's decades-old social safety net. In response, many young musicians got off the dole, picked up a guitar and started to slash away at the Conservative Party agenda with what some young people thought was the only real weapon at their disposal: popular culture.
Even years after she left office, Thatcher was still the bete noir of left-leaning British musicians, much as Richard Nixon remains a bogyman for many US baby boomers and boomer musicians. Thatcher was long gone from her peak of power in 1996 when the great working-class troubadour Billy Bragg unleashed Thatcherites. Even now the ''tributes,'' some of whose titles are unprintable here, continue to roll in.
Historians will debate for centuries whether Thatcher's legacy left Britain better or worse than before. But the gleam from the creative fury that Thatcherism ignited among the young Britons who bore the brunt of her policies still burns brightly today.
Los Angeles Times