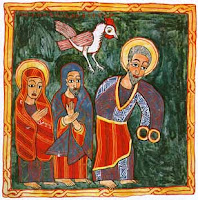 Five years ago today, a Saturday, our old friend Brendan Hughes died in a Belfast hospital after a short illness. For over a week this redoubtable leader of the H-Block blanket protest had lain beyond the reach of any human help other than the palliative. Sometimes he rallied. The previous Saturday in the company of another former prisoner I made my way to the hospital in fear of the worst.  Upon arriving we were relieved to learn the moment had passed and for a while Brendan seemed to pick up. But it was a temporary respite.

Framed photos of him adorn our mantle piece, as they have since the day he died. They were placed there that very evening five years ago and have remained there since. The by-now well-known photo of Brendan and Dolours Price was put there the same night. Dolours was in our home at the time awaiting the inevitable. Now she too no longer graces our company.

Two great fighters from the republican battle fields died in the full knowledge that the armed struggle they participated in had been comprehensively defeated, their energy, effort and endurance hijacked and traded in by others in ignominious exchange for political careers.  It caused them no small measure of regret as did many of their own actions. Yet they took responsibility for what they did and never sought to shift culpability away from themselves and onto the shoulders of others.

Brendan and Dolours were quintessential Provos: and the Provos were the antithesis of anything that smelt even remotely of compromise and capitulation. They arose in part as a reaction against kowtowing and forelock tipping to the British state and its unionist allies.  Yet the greatest about turn in the history of republicanism was made by the Provos who now stand four square with the DUP against the republican tradition. That sort of four square orientation would never have resonated in the minds of either Brendan and Dolours. For them four square would have conjured up imagery of the IRA attack on the Four Square Laundry operation in October 1972 when the Belfast Brigade inflicted a considerable intelligence coup on the British Army.

Both felt badly let down by the Gethsemane stance of Gerry Adams, their one time military commander, who has since taken umbrage at CNN for having described him as a military commander. No chance of Brendan and Dolours having found it shameful to learn of themselves being referred to as former IRA commanders. They would have seen it as an accolade to be worn like a badge.

St Peter only did the denial trick three times during the course of one evening, whereas Gerry has done it on countless occasions over a thirty year period, denying Brendan and Dolours and every other IRA volunteer he commanded as his comrades-in-arms. But they are not alone in being on the receiving end of that denial. Bobby Sands, who they share the good company of, is another whose comrade-in-arms status is routinely denied as well. Bobby is just someone Gerry met while the latter was imprisoned for civil rights activities. An IRA comrade – never. Merely somebody he met on his journey of peace.

The cock would be hoarse by now if it were to crow at every denial from the Great Denier. But Peter is certainly crowing and cackling with delight each time the DUP boss sees the stalwarts of IRA armed struggle disowned and effectively disdained by the man who made more categories of legitimate targets than Barney Hughes made baps.

Above is the content the blog provided. If incomplete, read the original here.

Brendan  What you say is the truth but bitterness does not travel well, neither is it a friend of the Republican Movement in general in Ireland. We need to remember the lessons but learn to forgive to make a reality of the Republican Proclamation. UNITED WE STAND, DIVIDED WE FALL ! Division is Britain's first trick!