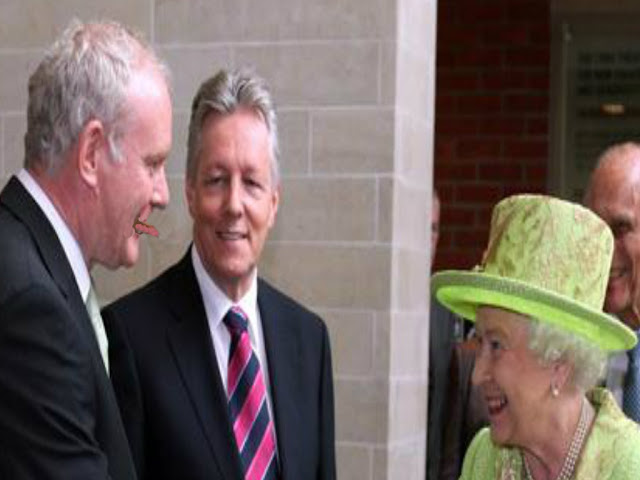 The Queen has kept silent about the child rape scandal of the BBC and their superstar Jimmy Savile, that is the worst crisis to hit the BBC in 50 years. She has been hiding from the subject, despite the fact, that the scandal is a moral issue directly involving her and public interest, where she is directly involved in the BBC as its boss, which is run by 12 trustees appointed by the Queen in herself. She granted Savile knighthood in 1990, who was supposed to be vetted by her secret services M15 ??

She knighted  Savile at a time,when his child rape was well known the British establishment and the Queen should have stopped the royal family, from being more intimately involved with her pedophile employee at that time, immediately after allegations of his perverted activity was originally made public. However the Queen herself has not taken responsibility, neither has her her office for the royal family. Despite all she knew of the Savile’s scandalous behaviour, she still decided to decorate him regardless, why ?

The BBC is employed  under a Royal Charter, with the present one having come into force from 2007 which runs until 2016. The BBC Trust, with a board of 21 trustees is directly appointed by the Queen to choose the BBC’s director general, who is in charge of the BBC's Executive Board, governing its services and output. She was also well acquainted with Savile's intimate relationships with several British Prime minister over several decades which included intimate activity over 10 Xmas holidays.

The seriousness of the Savile child rape scandal, with the drama of Tom Watson MP openly suggesting in parliament that there is a pedophile ring involving the British Prime Minister’s office at No 10 Downing Street raises more questions about the Queen of England. Why if the Queen is aware of the facts of the scandal, which is being kept secret from the public including police investigators, why is she and her family not helping inquiries?

The Queen appears to be evading responsibility for knighting Savile, her former employee of the BBC, a sovereign body of members directly appointed by the Queen, whic leads manty to believe she is taking her orders from MI5 with This begs some very serious questions about her role an that of several members of her extended family with regard to their relationship with Savile and his pedophile ring.