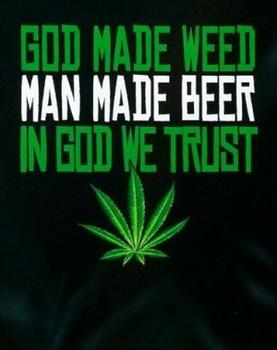 Many years have passed since Bobby Sands wrote that 'they will never criminalise us'. However, ask the average punter these days what they think of Republicanism and they will tell you without question they associate it with criminality. And why wouldn't he? It is beyond high time that those who care about future of Republicanism take a heard look around them and admit that there are those using the cloak of Republicanism to line their own pockets. How did it get to this point and what will we do about it? Something must be done or Republicanism will be forever tarnished, destroyed by those who the mainstream media is more then happy to publicise. Republicanism is being criminalised, not by the brits or free state, but by criminals who are being permitted to operate under the banner of Republicanism.

Extortion, drugs and gang warfare is what it is becoming associated with. The working class of Dublin, Derry, Limerick, Dundalk and elsewhere are only too aware of what is going on, even as too many Republicans stick their heads in the sand. This is not easy to write, but it has got to end and the first step in any recovery is admitting that the issue exists. Next is identifying the cause and the culprits and finally; ostracising those who have brought it into disrepute and the precarious position it finds itself in.

In Dublin, a faction of RIRA have all but destroyed the publics opinion of Republicanism. Fully permitted and encouraged under a six county 'leadership' who were more concerned with money in the short term, then in the inevitable repercussions to both working class communities and Republicanism. The same group is up to the same shit everywhere it has a presence. This is the 'success' of the takeover by 'independent Republicans'/ 'former PIRA yes men from Lurgan and the east Tyrone area. It gets even more bizarre, not content with those that were until very recently muscle used by the Gerry's 'kitchen cabinet' against principled Republicans and 'dissidents', they also joined forces with suspected MI5 outfit RAAD. This group operates loosely under numerous monikers; RIRA, NIRA, Friends & Family, 1916 Societies, etc. It is rumoured that there are those with the 32csm (aligned to RIRA) who are seeking to straighten this mess out; and break with their new 'leadership', let us hope so. To repair this they must oust those that supported the take over.

They are far from alone in this, though. Three years ago a number of members of the group called the CIRA were expelled for criminality. This CIRA faction then conjoined with two small groups called Saor Uladh and Saor Eire ( neither of these are the older, now defunct groups who previously used these names). Outright criminals who don't even bother trying to mask as Republicanism were brought into this grouping , as well. This group based in Limerick is spread out thinly throughout the 32 counties. Like the RIRA, the activity is the same: extortion and drugs. Republicanism merely a cover for it all. This group uses the monikers, RCIRA, Saor Uladh, Solas, etc. As those who have managed to take over the RIRA are suspected of being led by MI5, this group is suspected of being a free state run operation. What price is it to the state, if crime occurs if Republicanism dragged through the mud at the same time? RSF continue to speak out at the misuse of their name by this group. Like those within the 32csm who speak out, RSF must be supported.

Maghaberry tells its own portion of the story. An Armagh man thought to be behind the RIRA merger managed to get a well respected Republican thrown into SSU. Other prisoners were attacked for not accepting this man as 'boss'. There was an attempt to allow four members of RCIRA onto Roe. One could easily wonder if the internment cases against both Marion Price and Martin Corey are linked to all this. Would Marion allow 32csm to cheer the criminal takeover who have taken over the RIRA? Would Martin be able to talk younger people away from the clutches of any of these groups?

This is where Republicanism stands at the moment. Principled Republican groups like eirigi and RSF are getting overshadowed by these criminals. And the state media is lapping it up. Enough is enough. Republicans who believe our cause is noble are duty bound to speak out. Let them call it what they like, remember it is principles that matter, not numbers. Remember what these people are and what they have done: In all cases, they are being utilised to confuse and demoralise and are useful to maintain an eye on younger, naive Republicans who are foolishly drawn to these groups with their promises of 'action'. They are poisoning our communities and destroying Republicanism. They are anti- working class. They are anti-Republicans. The choice is yours.
Posted by Unknown at 9:29 PM