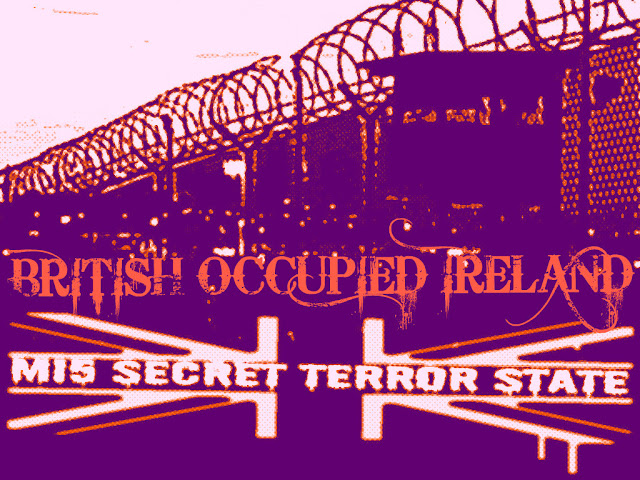 SS is short for the German Schutzstaffeln, an organization, of which the Gestapo was just a branch, serving the tyranny of Nazi bureaucracy and the politics of terror, like MI5 currently in British Occupied Ireland and  all of the island. The British Government use MI5 today,  like Germans in high places, still use the SS, as an excuse for acts of murder, extortion and genocide, that were facts of daily life under the Nazis and are standard fare since the outset of the present troubles in British Occupied Ireland. MI5 like the SS are embedded in every basic governmental part of the Occupation of Ireland and indeed most institutions of note on the island. While not all of its members are not so much lunatic killers, as loyal British subjects, doing the bidding of a secret state of British intelligence, that has gone insanely rogue and unaccountable. The case of the politically interned Marian Price is but another example.


Outside her internment, the life of Marian Price has been destroyed by the “grossly reckless” conduct of Britain's secret service MI5 terrorists. Marian is a victim of “targeted malice” of a prejudged faceless secret service of secret judges, secret jury and secret executioners. MI5 and the British secret state has manifested a perverse calculated effort of secret political internment, to give effect to their prejudgment, that secret evidence, with  the vested interest of highly paid secret informers, to the British secret services. The malfeasance of British bigoted, sectarian public office of British institutions involved in cases such as the Guilford Four, the Birmingham Six are infamous and par to the same form of injustice that fuels the ongoing conflict.

The consequence of destroying irreparably the lives of Irish women and their families is a prime cause of the ongoing troubles. In the case of Marian Price six months of force feeding, a year of psychological torture in solitary confinement, combined with her second Christmas politically interned without a transparent trial that is calculated to destroy her physically and mentally.The British having accepted the allegations from the outset and have at every step sheltered the allegations from appropriate public scrutiny, thereby ensuring that Marian Price would suffer the maximum painful agony in her confined condition.The political internment of Marian Price has been conducted in a manner calculated to ensure a predetermined conclusion not to be deflected or disturbed by any meaningful input by Marian Price or her defence lawyers.

Besides the psychological torture endured by Marian, her indefinite internment, coupled with seriously painful physical condition as a result of her treatment at the hands of the British, Marian has endured extraordinarily high levels of stress and great mental anguish suffered in isolation. The reality of the abuse of British Occupation behind the cloak of secrecy provided by the Official Secrets Act, the secret services, secret evidence, secret witness, secret courts, secret allegations and secrecy provisions governing matters concerned with the secret Nazi regime running British Occupied Ireland, is that there is absolutely no accountability.The fact is, that this bizarre form of political interment and conduct detailed again below, evinces the unjust reality of life in British Occupied Ireland. The fact that it has dragged on so long, is confirmation of the abdication of judicial, journalistic and political responsibilities, that are basic to any form of a civilized state with even a modicum of democracy.

Where to begin describing the secret reality behind the cloak and dagger operations of Britain's spooky secret state?. How to lift the fog of secrecy, complacency, that has been allowed to congregate around the public’s understanding of British Secret State Terrorism? "Targeted assassination", "Political Internment", “Malfeasance”, “targeted infiltrated media malice”, “unaccountability”, "war crimes", "human rights abuse",  these are but a few of the terms that encapsulate what I am trying to explain. These phrases refer to the oppression of one Irish citizen (British commoner) by an agency representing the British Police State of Occupation, paid for by British taxpayers. The perpetrators in these crimes against Marian, will likely never face a court of law, will probably never be photographed, as they hide in secrecy, unaccountable from the public gaze. They will never have their names in the media but rather these state terrorists, will continue in their positions, unfazed to murder and intern without trial human rights lawyers, journalists and prisoner rights activists such as Marian Price was before her internment.

The facts are that Marian Price is just one, of several Irish people currently secretly politically interned in British Occupied Ireland, during which time lawyers have not been allowed to see any of Britain's ‘alleged’ evidence.

• She has been kept in solitary confinement in a ‘male’ high security prison
• She is effectively interned without a trial, sentence, or release date.
• She has not been given any timescale for any investigation.
• She has not been allowed to see the evidence that the state claims to have
• Her release has been ordered on two occasions by judges. However, on both occasions the British Vice royal has overruled those decisions.
• The Vice royal claims they ‘revoked Marian’s license, ’despite Marian never being released on license. She was given a Royal Pardon.
• Marian’s Royal Pardon has ‘gone missing’ from the home office (the only time in history). The British Vice royal has taken the view that unless a paper copy can be located – it must be assumed that she does not have one. It is generally agreed that MI5 shredded her majesty's pardon.
• Despite no ‘license’ existing for her release from prison in 1980, it is the non-existent licence that is being used to keep her in prison.
• She can only be released by Theresa Villiers the current Vice royal responsible for Marian's internment.

The charges against Marian were thrown out of court because of a lack of evidence. Now the very same charges have been re-instated against Marian again before the same Judge.

In secret courts, being introduced by the back door, through legislation in the House of Lords, MI5 the British secret services are pushing for secret trials, with secret evidence by secret witnesses, that the defendant's appointed lawyer is not allowed to access, see or refute. The length of sentence is also kept secret, under penalty of a long jail sentence by Britain's Official Secret's Act. This trial of Marian Price is believed to have already occurred in secret, with the public hearings and a show trial being simply a public rubber stamp on more injustice against Marian Price in of British Occupied Ireland.


Another Shot Dead in Kitsonian Feud in Dublin

Gardai don’t know where the shooting took place but find the car that brought the victim to St James’s in Dublin. 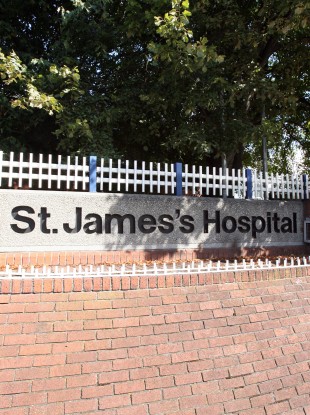 Image: Photocall Ireland
A 35-YEAR-OLD man died last night after he was brought to a Dublin city hospital. The man was left at St James’s Hospital, with gunshot wounds, at 7 pm. He was pronounced dead at the hospital.
Gardai are investigating where the shooting took place as the location is not known. The car used to carry the man to hospital was later found on Cork Street in Dublin and the area around it  for technical examination.