Provos Give Limerick a Bad Name 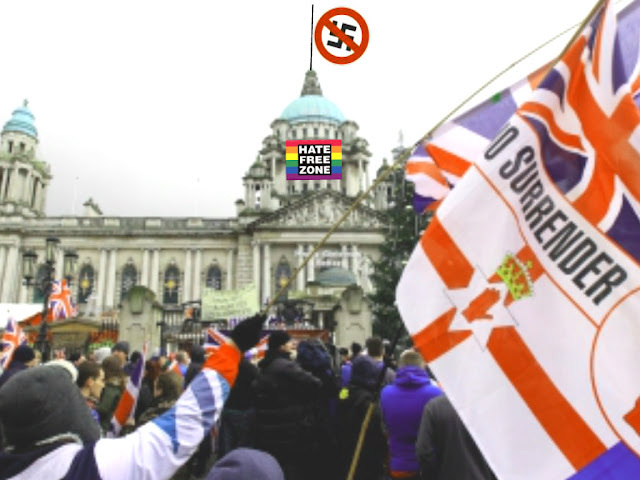 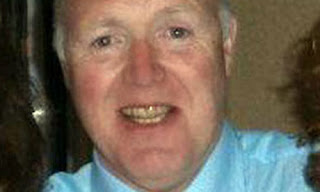 
A former Provisional IRA sympathiser and his girlfriend have been arrested in connection with the killing of prison officer David Black who was also a member of the loyalist Orange Order.They have been detained by armed officers from the garda Special Branch, while a third arrest was made by the RUC/PSNI paramilitaries in Tyrone.


The couple were detained on the northside of Dublin yesterday morning with suspicions of being involved in the planning of the murder of Mr Black, a prison officer and orange loyalist, who was shot dead as he drove to work at Maghaberry jail.
The IRA confirmed it was responsible.

The Dublin suspects, aged 44 and 31, were questioned last night at Ballymun garda station about a logistical role in the operation.
Meanwhile Justice Minister Alan Shatter last night said  the Continuity IRA (CIRA) did not deserve the words "dissident" or "republican" which should be associated with them.He was speaking in a Leinster House debate after yesterday's disclosure in the Irish media that gardai had foiled a CIRA plot to kill a member of the British army in Limerick.

Gardai uncovered the plot during an intelligence gathering operation on when and where the IRA intended to kill their target.They also learned that a gun had was sourced and a hitman chosen. Shatter told Leinster House, there was an ongoing garda operation in Limerick aimed at halting the activities of a certain group, but would not comment on a specific case.

Fianna Fail justice spokesperson Niall Collins said the foiled attack was a "very chilling thought for all to comprehend and take on board" adding, "What we read this morning in the Irish Independent had potentially devastating consequences had it succeeded."  believing it would have inflicted extreme reputational damage on the Limerick area. Limerick formerly a British garrison town is now generally known as "stab city"  and the home of the robber bandits.(see video above)

Prison officer David Black who was killed as he drove along M1 on his way to Maghaberry jail in Northern Ireland.
A veteran prison officer in British Occupied Ireland whom republican paramilitaries killed in a drive-by shooting was also a member of the loyalist orange order it has emerged.

David Black was shot between Lurgan and Portadown had served in the prison service for 30 years. Black died at the scene from gunshot wounds when his black Audi car was raked with automatic gunfire at 7.30 a.m., at the M12 turn-off of the M1. A blue Toyota Camry with a Dublin registration drove up beside him while he was driving to work in Maghaberry prison which is at the centre of torture, internment without trial and Irish republican protests.

After Black was hit several times, his car veered off the road into a drainage ditch. The car used was later found burnt out nearby in the Inglewood area of Lurgan, County Armagh. Republican veterans who who emerged during the summer and an amalgam of disparate factions of independent armed republican units are believed responsible. This alliance is said to targeting prison officers as well as members of the British occupation in Ireland in recent months.

Black's career included working at Long Kesh concentration camp during the 1981 hunger strike while recently involved with imprisoning 41 republican prisoners belonging to the Continuity IRA in Maghaberry prison. Maghaberry has been at the centre of republican prisoner protests over strip-searching, torture, solitary confinement with some Irish POWs on a dirt protest.

Black was from Cookstown in Co Tyrone and was like many of his work colleagues a member of the Montober Orange Lodge, the loyalist marching institution. The Grand Orange Lodge of Ireland paid tribute to its colleague and said his only "crime, like many of those before him, was to wear the uniform." Edward Stevenson, the Grand Master of the Orange Order in Ireland, said that Black was the 337th member of the organisation killed by republican paramilitaries.

The Prison Officers' Association of Northern Ireland, Finlay Spratt, claimed the government had put his members in the firing line by reducing their security. "They have stripped away all the security around prison officers. They treat us now as if we live in normal society," he said. British Occupied Ireland's justice minister, David Ford confirmed, that a number of prison officers had been moved out of their homes after the PSNI received intelligence reports that groups like the Continuity IRA and the new IRA were targeting them for assassination.
Posted by Unknown at 8:34 AM