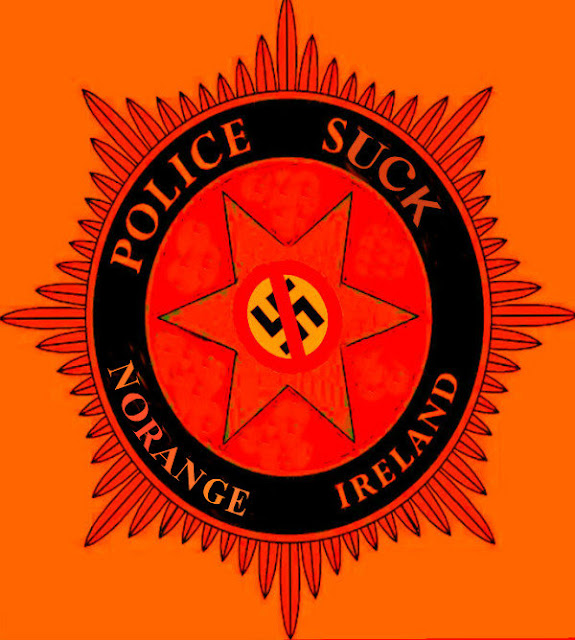 The censored peace cry of traditional Irish republicans, has long been 'peace with justice' while Mahatma Gandhi himself said that injustice must be made visible for a real peace. Which politicians are actively working for justice in the island of Ireland, as opposed to those pontificating about it for political gain, ought to be a priority of all Irish people who genuinely love peace with justice. Peter Robinson and the DUP are not the only hypocrites collecting large salaries, while 'ruling by fooling' in Ireland. But we will always get the politicians we deserve in Ireland because of our lazy censored ignorance and unintelligent shortsighted greed in Ireland. 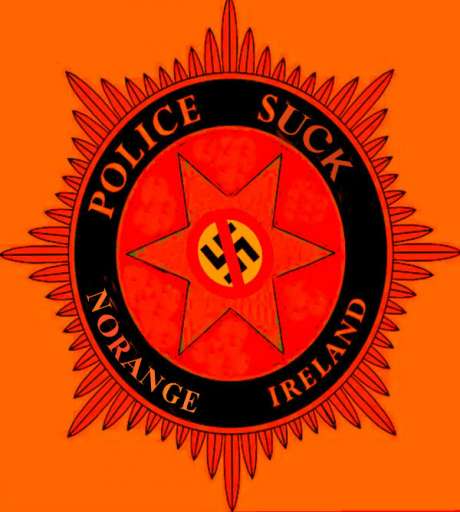 norange
Injustice exists in British Occupied Ireland where a Government representing the billionaire class of the industrial war complex, who by by force of arms and undemocratic bribery with secrecy, impose its violence will on a small vulnerable part of the island of Ireland. The abused and captured people are violently prevented from protecting their moral, legal and human rights, with secret trials, covert political internment and British Lawlessness. The covert political internment of Marian Price and Martin Corey are but two of the latest examples, meant to be an example.

The British Government's occupation, in a corner of Ireland, on the basis of a sectarian headcount and mentored sectarian privilege, is an injustice, that underpins most of the political violence in Ireland. The current social injustice in all of Ireland, underpins the violence and murder we read about in the Irish Times, almost on daily basis, in all parts of Ireland currently. That and laws akin to prohibition, that creates open gang warfare on our streets, in matters that should be decided by informed adult choice, in the privacy of our own homes are matters of priority for anyone seriously interested in Irish peace.

The British Government is not alone in trying to fool the international community, that it is pursuing a 'peace process' in Ireland. All are engaged in social control coupled with political dishonesty, well short of government of the people, by the people, for the people.A British Prime Minister who has just led British arms manufacturers on a Middle-east campaign, to sell weaponry for petro-dollars, to an already, over-armed area of the world, while preparing to invade yet another country there, with fighting troops used like cannon fodder, to interfere like they have already in Ireland.

The banking barons of the City of London and Frankfurt, have been allowed to take control and manipulate all financial matters in both parts of Ireland, again inflicting most pain and economic violence on the most vulnerable part of the population. Economic manipulation and blackmail are being used to control every area of human existence in Ireland because banking barons, not the people's government, dictate how ordinary people and the people of no property are allowed to exist and die. Banking barons, gambling on no consequence, self-regulated, often un-regulated property and derivative frauds, are sucking draconian tax-raising puppet, bribed and blackmailed, Governments, in both London and Dublin, to fill their mirage of 'fiscal cliffs' or 'black holes' of billions of pounds with ordinary peoples' own money.

Old-age pensioners, child benefit cuts, disability home care cuts, health care cuts, etc.must pay for the chronic greed of the banking barons and their gombeen Irish politicians north and south. All of this while people in Occupied Ireland Ireland are forced to contribute to wars of interference in the affairs of nations around the world as in British Occupied Ireland itself, under the cover of a deceptive "peace process" while the media mafia and censorship are filtering this evi, as a just, 'peace process'.

Britain bullies with violence all around the world, starting with it neighbour Ireland. The most vulnerable citizens pay the biggest price in the depths of depravity and degradation, in a system with highly paid, bribed administrators of local politicians, lawyers and even clergy, standing by and pretending we have a genuine "Peace Process.". Utter hypocrisy.

The question this statement poses is:

"How can any right-thinking Protestant or right-thinking Catholic who is aware of the above facts even consider voting for any of the main political parties in both parts Ireland, including those in supposed opposition, who by their silence have enabled the cover-up of shocking affairs since the foundation of both scum states in Ireland with the 'blessing' of the bullying British Government?"

The author would like to acknowledge the considerable contribution of Gerry Rice to this piece.
Related Link: http://irishblog-irelandblog.blogspot.com/
Posted by Unknown at 10:56 AM