" Israeli Society Reminds me of the Unionists in Northern Ireland " 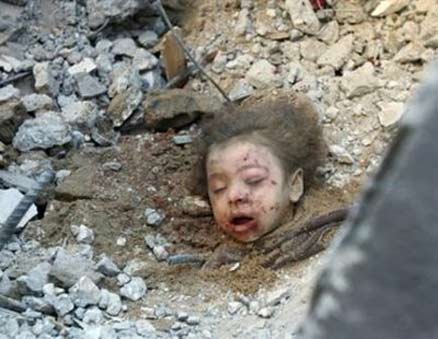 “May your children die, you dogs”: As Gaza burns, Israelis bay for blood in streets of Tel Aviv
By Ali Abunimah

“They don’t deserve to live, they need to die”
“May your children die, you dogs”
“Now we want to go back there [to Gaza] and kick out all the Arabs.”
“The people demand more shooting”
“Muhammad is dead”
November 17, 2012 "Electronic Intifada"  - November 16, 2012 - These were some of the calls from a group of Israelis demonstrating in favor of Israel’s attack on Gaza in the streets of Tel Aviv last night.
Peaceful protests by Palestinian students at Israeli universities were met with similar incitement.
In Tel Aviv, across the road, another group of Israelis protested against the assault. “We came here to say that we must end this war immediately,” Knesset member Dov Khenin of the communist Hadash party told the anti-war crowd, “every additional drop of blood is needless.”
The duelling demonstrations were filmed by David Sheen. While anti-war voices exist, there’s little doubt that much of the Israeli Jewish population stands behind Israel’s attack on Gaza, believing the government propaganda that Palestinians are firing rockets at Israel unprovoked while Israel seeks peace and quiet.
Among the pro-violence demonstrators was Baruch Marzel a notorious settler fanatic who frequently incites violence. “The enemy must be expelled and destroyed,” Marzel said, specifiying that Palestinians should be kicked out of Gaza so Israelis could re-settle there.
“You’re cross-dressers! You’re the Gay Pride March, that’s what you are,” shouted another war supporter at the peace demo, a call that was echoed by others.
One man warned fellow protestors, “They’re filming us, don’t curse” but that did not stop the violent calls. “Go to Gaza with the Muslims, you sons of bitches,” said one. “The people demand more shooting,” responding to calls for a ceasefire from the pro-violence demonstration across the road.
The calls for blood and violence in the streets echo incitement by Israeli government leaders. In recent days Israel’s “minister of home front defense” Avi Dichter called for Israel to “reformat” Gaza – wipe it clean – like a computer hard drive, except using bombs.
Israeli transport minister Israel Katz called for Israel to bomb Gaza so hard that the population would flee into Egypt, and for Israel to cut off water and electricity supplies.

“Death to the Arabs”: Incitement at Israeli universities

Hundreds of Palestinian citizens of Israel, students at several universities, turned out to protest the Israeli attack on Gaza, despite a heavy police presence on and around campus, reported Arabs 48, a website providing news on Palestinians in Israel.
At Tel Aviv University, some 150 Palestinian students gathered despite a heavy security presence, Arabs 48 reported, and there right-wing students from the Zionist group Im Tirzu confronted them shouting racist slogans including “Death to the Arabs.”
Similar scenes took place at Hebrew University, where right-wing students were held back by security forces from attacking Palestinians calling for an end to the violence.

“the most terrible thing I’ve seen in my life”

At Haifa University, Palestinian students held a moment of silence for victims of the Israeli attacks in Gaza, and were quickly confronted by Israeli Jewish students, according to Arabs 48.
“What happened today at the Haifa University was the most terrible thing I’ve seen in my life,” tweeted Israeli Twitter user @kesterica who witnessed what happened at Haifa, “Arab students were silently protesting against the war. They invited the Jews to join them.”
“In response,” @kesterica tweeted, “dozens of Jewish students attacked the Arabs, called them traitors, spread rumors that they were mourning [Jabari], sang [the anthem religious songs encouraging war].”
On Wednesday morning, Israel carried out the extrajudicial execution of Ahmad al-Jabari, the top Hamas military leader in Gaza, breaking a truce, and reigniting violence that left 19 Palestinians, including at least 6 children and a pregnant woman, and three Israelis dead since Wednesday, by Friday morning.
“The Jews sang: ‘he’s dead, he’s dead, he’s dead.’ I don’t tend to cry fascism, fascism, but that’s what it was,” @kestericatweeted.
“An Arab girl who stood there told me that she was asked why she was standing there, and she said she was against war and against casualties [deaths] and invited people to join her. It didn’t happen,” added @kesterica.
“I cannot say what each of the protesters thought, but she and quite a few of the folks standing there said they were just against war. To tell you the truth, me too,” she tweeted.
Palestinian students sang the Palestinian anthem “Mawtini” in response to the taunts, as the video above shows.
Violent and racist sentiments have also been widespread among Israelis on Facebook and other social media.
During Israel’s 2008-2009 attack on Gaza, journalist Patrick Cockburn observed:

Israeli society was always introverted but these days it reminds me more than ever of the Unionists in Northern Ireland in the late 1960s or the Lebanese Christians in the 1970s. Like Israel, both were communities with a highly developed siege mentality which led them always to see themselves as victims even when they were killing other people. There were no regrets or even knowledge of what they inflicted on others and therefore any retaliation by the other side appeared as unprovoked aggression inspired by unreasoning hate.

Much the same appears to be true today.
Posted by Unknown at 5:28 PM


BUT FF'S SOME ARE BIGGER THAN OTHERS