An MI5 Whistle Blowers Story Who Shredded Her Majesty's Writ ? 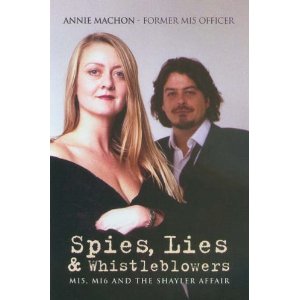 Who shredded Marian Price's Royal Pardon and Perverted the Course of Justice ?

Echoes of the weapons of mass destruction fiasco: Irish Republicans Marian Price and Martin Corey are in jail because of an MI5-spun web of deceit which suits the coalition governments purpose. 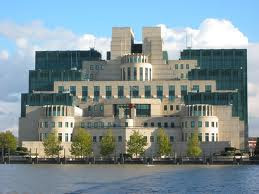 The fingerprints of MI5 are all over the detention of Marian Price and Martin Corey, two former prisoners who served life sentences through the 1970s, eighties and nineties and are continuing to serve life sentences following their forcible return to prison at the direction of the British secretary of state Owen Paterson.

Ms Price and Mr Corey are at the centre of a power struggle for control over the quality of justice and its dispensation between Britain’s intelligence agencies and those inside the north’s justice and prison system and the courts who seek to administer justice based on the facts they see before them and not concocted stories woven in the minds of those inhabiting the murky world of MI5. A carefully planned campaign of intimidation orchestrated by MI5 is directed at David Ford, the north’s justice minister, the life sentence parole board inside the prison and the north’s judiciary. 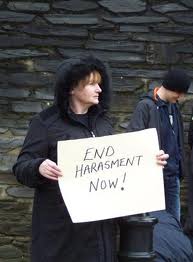 The basis of this intimidation is vacuous testimony secretly sourced and provided by members of the intelligence agencies alleging that Ms Price and Mr Corey are a danger to the public because of their association with dissident republican groupings.

On Monday MI5’s interference in the justice process received a temporary and very public setback when Mr Justice Treacy ordered Mr Corey’s release on the grounds that there had been a breach of the European Convention on Human Rights and that his detention was unacceptable because it relied on “closed material” and that this was unsafe.

Within minutes of Mr Justice Treacy’s judgment directing Mr Corey’s release Paterson moved to block it, no doubt with the approval of MI5.

The speed with which Paterson moved against this judgment is an indication of the determination of those in the British intelligence system to fight to maintain their control.

At the time of writing Mr Corey is appealing the British secretary of state’s attempts to block his release.

And Paterson is facing additional pressure to release his grip over the north’s justice system by the solicitor representing Ms Price. With the assistance of Ms Price’s family and British-Irish Human Rights Watch, her solicitor, Peter Corrigan, invited two United Nations doctors to examine her.

The examination was carried out two weeks ago and the UN doctors’ report is due to be released shortly.

There has been concern for quite some time about Ms Price’s mental and physical health due to the prolonged period of isolation she has experienced since her arrest in May 2011. And although the staff at Belfast City Hospital, where she has been moved, are professional and attentive to Ms Price, the isolation continues. She is still a prisoner under armed guard.

There is a broad consensus among the medical team monitoring her health that a home-based environment is essential to arrest the decline in her physical and mental health. The minister for justice in the north’s executive, David Ford, has been lobbied to release Ms Price on humanitarian grounds by Sinn Féin, the SDLP and her family and supporters.

And while Mr Ford is not responsible for detaining Ms Price he has the power to release her.

He exercised that power some time ago when he released Brendan Lillis who was seriously ill in Maghaberry Prison.

Mr Ford was correctly praised for doing so. But it is not just the treatment of Ms Price in prison which is a travesty of justice, it is also her continued detention.

On two occasions Ms Price was granted bail and on both occasions Owen Paterson personally intervened to block her release.

When she was hours away from being released he revoked the pardon she was granted in 1980 and reimposed the life sentence she was given for bombing the Old Bailey in London in 1973.

Her solicitor pursued Paterson to hand over a copy of the pardon which triggered her release in 1981 because he believes the pardon will show that her conviction and life sentence were overturned.

Conveniently for Paterson, the pardon search ran cold. He claimed it was either lost or shredded.

Ms Price and Mr Corey are prisoners of MI5 and the web of deceit it has woven around them.

They should be released immediately.