BRITISH TACTIC DIVIDE AND CONQUER : TIME FOR IRISH TO UNITE 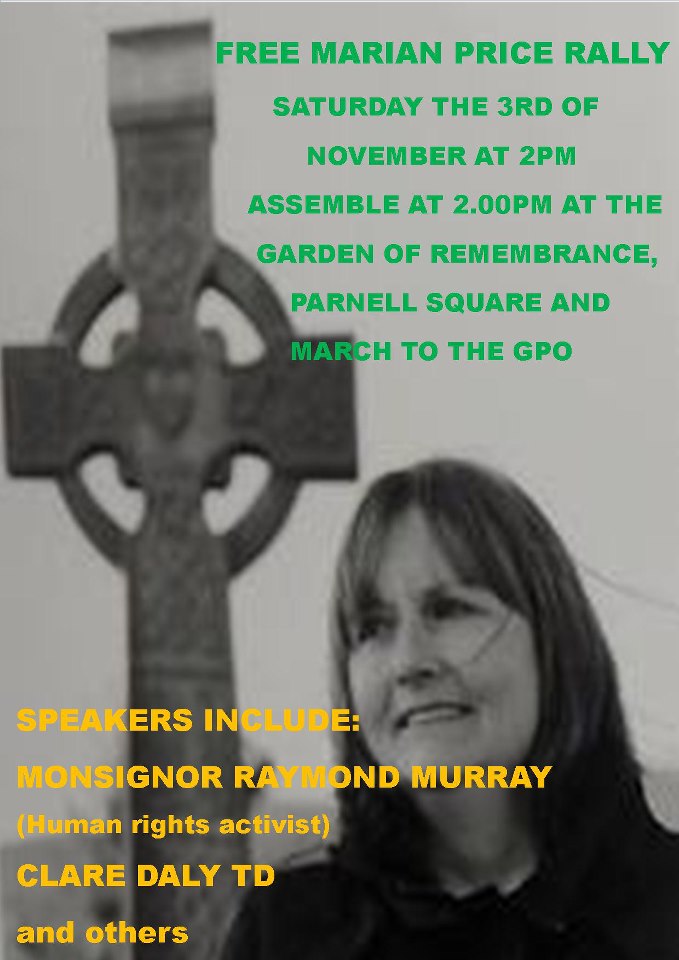 The Free Marian Price Campaign is a Non-party Political Campaign

'That great and respectable class, the men of no proper'

We would be very grateful if you would pass this information about the rally on to your friends, your comrades, your family and your colleagues to ensure that there’s a great crowd on the steets on the day. Marian’s case is a human rights issue and with your support and presence at the rally, we will be able to send a strong message to the British secretary of state.

Human Rights activist Monsignor Raymond Murray and Clare Daly TD will be speakers at the rally.

The Free Marian Price Campaign is a non-party political campaign and the campaign group asks every political party not to bring political material on the day. Placards, banners and posters will be provided. 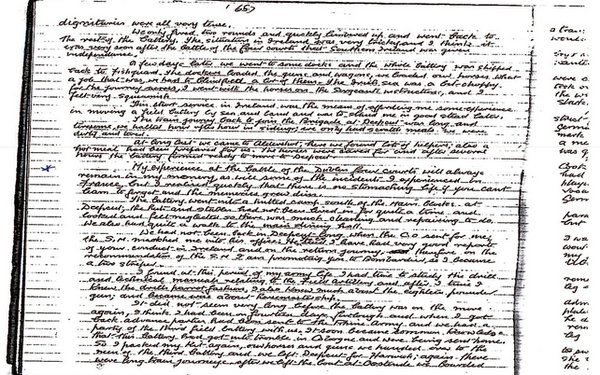 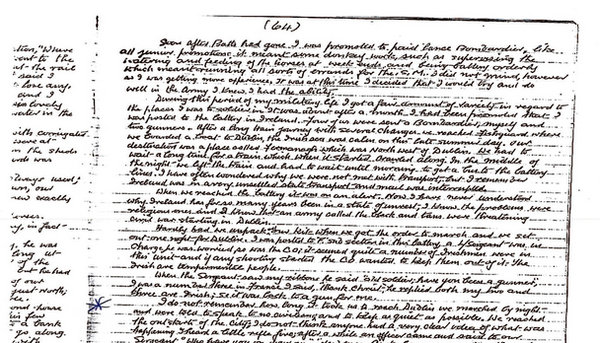 MARK HENNESSY
British soldier’s account contradicts near century-old official records that say Collins refused help
BRITISH ARMY artillery crews were used to bombard the Four Courts in 1922 in the opening battle of the Civil War, according to a recently unearthed memoir.
The revelation contradicts near century-old official accounts that Michael Collins refused British offers of soldiers to end the three-month occupation of the Four Courts by anti-Treaty forces.
The memoir of Lance Bombardier Percy Creek, Royal Field Artillery, was found by Open University academic William Sheehan and broadcast by BBC Radio 4’s Document series last night.
In it, Creek recounts how his unit of howitzer artillery was sent to Fermanagh, but later told to march by night to Dublin and “told not to speak to anyone and to keep as quiet as possible”.
Up to then, the Irish National Army had fired less-effective shrapnel rounds into the Four Courts, then held by Rory O’Connor, who opposed the 1921 Treaty with Britain.
Creek’s unit, according to a memoir now held by the Imperial War Museum, waited until they were given the orders to fire, before unleashing two heavy rounds.
“[We] then saw the shell rip into a wall of one of the courts. Then, all became quiet and I think the officers and dignitaries were all very tense,” he recounts.
“We only fired two rounds and quickly limbered up and went back to the rest of the battery,” said the first World War veteran, who described the situation in Dublin as “very tricky”.
Creek recalled that his sergeant and commanding officer were worried beforehand because of the presence of Irish soldiers in the Royal Field Artillery unit: “The Irish are temperamental people,” he recorded.
Some of the memoir is contradictory in parts because Creek was under the impression that the building had been occupied by Black and Tans, rather than anti-Treaty forces.
“A few days later we went to some docks and the whole battery was shipped back to Fishguard,” he remembered in an account that appears to have been written in the 1960s or 70s.
In response to rumours at the time, the National Army vehemently denied that British soldiers had been involved in the Four Courts bombardment, issuing a detailed statement to The Irish Times.
In his records, Gen Nevil Macready recorded that Michael Collins had refused offers of British help, save artillery which the National Army did not have.
The British put pressure on Collins to end the Four Courts occupation after the assassination in London in June 1921 of Gen Henry Wilson, Chief of the Imperial General Staff.
The Creek memoir is significant, William Sheehan told The Irish Times yesterday, because it shows “that the agenda was being driven by the British cabinet in London”.
Ministers there, including Winston Churchill, were concerned that anti-Treaty forces in Munster and elsewhere would mobilise to surround the National Army troops encircling the Four Courts.
If that happened, Ireland would “then have fallen back into anarchy, forcing the British to impose order once again”, said the Nottingham-based academic.
Collins, he said, was “not a victim, but there is evidence that he was certainly not in control of what was going on around him. He’s choiceless. He is essentially doing what the British wanted”.
The British pressure had increased after the June 18th referendum on the Treaty, which the pro-Treaty side won by 239,193 first-preference votes to 133,864 – a result giving Collins democratic legitimacy.
Collins’s biographer Tim Pat Coogan told the programme he did not know if Creek’s version of events was accurate, but “it could have happened”.
Dr John Regan of the University of Dundee said the account “complicates things”, since it suggests that “the British were there for the opening shots of the Civil War”.