LOVE IN A SCUM STATE


Random Official Takes It Upon Himself to Save N. Ireland from Gay Parents Northern Ireland’s High Court has ruled that a ban on gay couples in civil partnerships adopting children is unjustifiable but, throwing out all reason and scientific evidence to the contrary, the nation’s Health Minister is to appeal the case because he thinks the ruling is “not in the best interest” of vulnerable children.
Despite the rest of the United Kingdom having legalized joint adoption for same-sex couples, Northern Ireland’s law has clung to a provision barring unmarried couples from adopting.
Mr. Justice Seamus Treacy, in what has been hailed a landmark ruling, found that the current law “unjustifiably” targets those in civil partnerships by virtue of the fact that they simply cannot marry under current law.
“Not only do they suffer the same discrimination that unmarried opposite sex couples experience when applying to adopt jointly, they also suffer unjustifiable discriminatory treatment when compared against individual members of an opposite sex couple who can apply to adopt as an individual,” the judge is quoted as saying.
“This is despite the fact that the commitment evinced by choosing to enter a civil partnership ought to be similar to marriage in indicating the security of that relationship.”
Northern Ireland’s government has defended the law, in this suit brought by the Northern Ireland Human Rights Commission (NIHRC), as being an overriding government concern for the best interests of child welfare.
However, Justice Treacy said he could find no basis for that contention.
The court concluded:
Adopting a child is no small undertaking. This is even more so nowadays when the profile of children who need adoptive families has changed dramatically.
[...]
A loving, permanent, stable home is infinitely preferable to growing up in care. The potential benefit to a child adopted in such circumstances is immeasurable. As well as a huge benefit to the child, these adopters also provide an invaluable service to the State. No relationship is perfect and while there are benefits to an adopted child in entering a relationship where a web of legal rights exists between the parents, that web is no guarantee of a lifelong, stable, committed relationship.
[...]
Issues relating to the sexual orientation, lifestyle, race, religion or other characteristics of the parties involved must of course be taken into account as part of the circumstances. But they cannot be allowed to prevail over what is in the best interests of the child.
The court did, however, give the government chance to appeal, and appeal Health Minister Edwin Poots has said he will do, albeit with a “heavy heart.” This is despite the fact that the ban has also been found to breach EU equality laws.
UTV Live News quotes Poots as saying he isn’t “convinced” gay couples adopting is in the best interest of the child, adding:
“The welfare of the child is the central tenet of the main body of children’s law in Northern Ireland- and this extends to adoption law. No-one has a right to adopt a child and, even when approved, prospective adoptive parents may or may not be deemed suitable to adopt a specific child – this relies solely on the best interests of that particular child being served by that arrangement.
Poots is unfortunately well known for his homophobic stances.
For instance, he has long maintained that Northern Ireland’s blanket ban on gay men donating blood should be allowed to stand despite a wealth of evidence saying that there is little substantiated risk in reducing or fully retiring the ban given the rigorous testing that is now in place.
Poots’ decision to waste yet more taxpayer money fighting joint adoption by gay couples has been slammed by local rights groups who say the court’s ruling is an important step in widening the pool of prospective parents for Northern Ireland’s population of children seeking care. 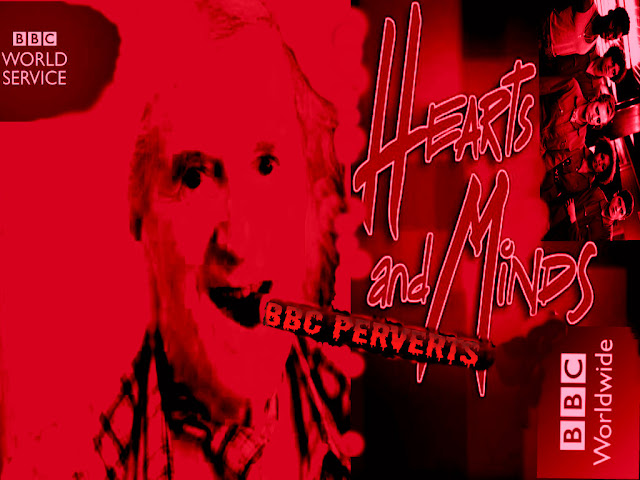 The former head of the civil service, Lord O’Donnell has said recently, that it was wrong for Tory ministers to shift the blame onto their officials. This follows high profile cases of Tory ministers making "fall guys" of the civil service in two rather odious matters. Lord O'Donnell said, "What I think is self defeating, is attacking their own staff," he told the BBC Today Programme.


Following the revelations that the Department for Transport, botched a mainline train contract, sticking the taxpayer with a bill running into hundreds of millions of pounds, Theresa Villiers who was moved to being Vice royal in British Occupied Ireland. The Tories, after Richard Branson who had a bid rejected creating hell, u-turned on its decision to hand the contract to First Group over Virgin Trains after discovering "significant technical flaws" in how the franchise process was dealt with. The bill for the 'mistake' could cost £300m, with £225m wiped off FirstGroup’s shares. In a time of public spending cuts it should cost Villiers her job.

The former transport minister Theresa Villiers who was moved instead in the cabinet as Northern Ireland secretary or to be politically correct, the Vice royal of British Occupied Ireland. Ms Villiers is under intense pressure, to explain how she did not spot the unfolding mess. Villiers, who was trains minister at the time, will hope her time around the cabinet table to prevent her career being derailed after just two months passed the blame to the civil service. perhaps she took advice from another Tory cabinet colleague who also shifted the blame to the civil service.

Marian Price who has been politically interned without trial, received a full royal pardon (the “Royal Prerogative of Mercy”) when she was freed in 1980 after she appeared to be on the brink of death as a result of being tortured. Owen Paterson, who was Villier's predecessor who is also accused of Perverting the Course of Justice, said at the time, the pardon “cannot be located”  that it had been lost or shredded, by the civil service and that no copy exists.  Peter Corrigan, Marian''s Lawyer, told a public meeting in Belfast, that this was the only time in the entire history of the Royal Prerogative of Mercy, that a pardon has gone missing. The veteran Irish human rights campaigner Mgr. Raymond Murray said that “You can draw your own conclusions.”

Swearing to "incorrect and misleading information.....would appear to fall within the concept of perverting the course of justice" as Eamonn McCann the cross community civil rights activist wrote recently.These cases of Tory ministers passing the buck or perverting the course of justice, as the case may very well be, raises very serious issues, which should be the subject of immediate and searching inquiry at a highest level.

Owen Paterson and Theresa Villiers have been involved in the political internment the traditional Irish republican Marian Price because after the pardon was shredded, they now claim, she breached the terms of a non-existent licence on which she had been released in 1980 by Royal pardon, not on licence, and that neither have the authority to overrule a Royal pardon aside the accusation of Perverting the course of of Justice.


As McCann wrote, "there are many people - by no means all of them sympathetic to Price's politics - who are quite prepared to disbelieve this.Others will find it impossible to believe that a Secretary of State could supply incorrect and misleading information in a fraught and sensitive case. But, oh yes, they could as has been proven with other previous British ministers in British Occupied Ireland.

As a previous Labour Viceroyal Peter Hain scoffed, "It wouldn't have happened anywhere else in the UK". Right enough if it happened anywhere else besides British occupied Ireland both Villiers and Paterson, would be run out of public life besides serving very lengthy prison sentences. But as Eamon wrote, "this is wild and wacky Northern Ireland, where normal rules don't apply, where due process is optional and, at the whim of a politician, where anything goes." Perhaps these Tories have been watching too much of the BBC, for far too long.