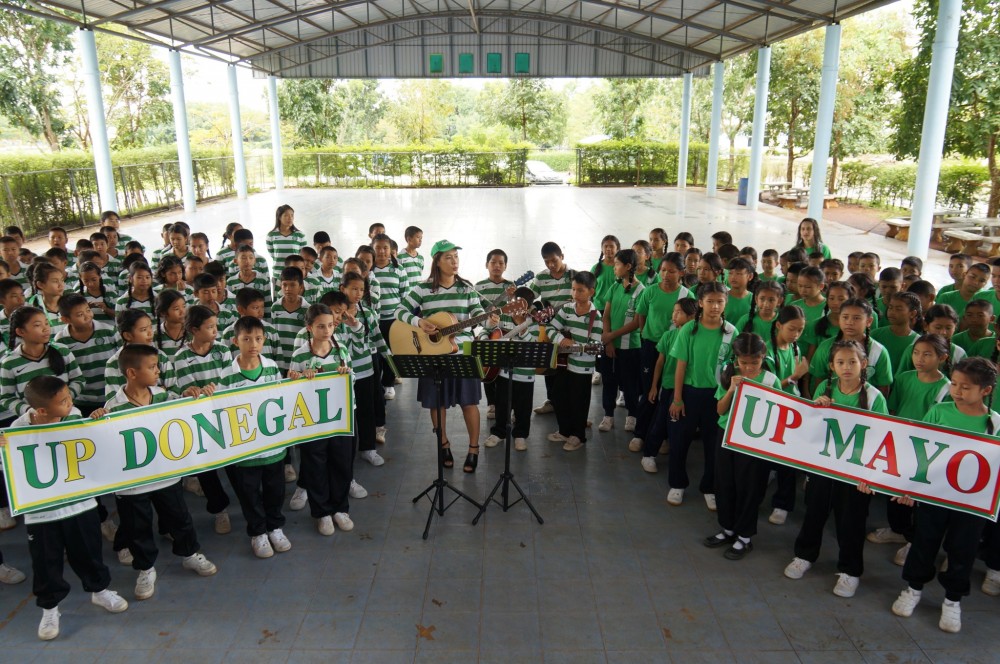 THE “Thai Tims” group of singing children have been banned from wearing their Celtic tops or singing Celtic songs at a British school.
After the kids visited a school, a parent complained that they were breaking the city council’s ban on football colours in classrooms.
Council officials told the group they couldn’t wear their tops or sing songs linked to the club on a second planned school visit, to St Paul’s Catholic Primary. Organisers of the children’s trip then cancelled the visit.
A source said : “It seems the council have decided rules are rules, but this kind of situation calls for some common sense.”
The Thai kids learned their Celtic songs from tragic student Reamonn Gormley, who taught at their school on his gap year. Their links to the club  were strengthened after Reamonn, 19, was murdered in his home town of Blantyre, Lanarkshire, last year.
The youngsters have sung at Celtic Park and Glasgow Royal Concert Hall during their visit and stayed in the hospitality area at Parkhead. They performed at St Francis of Assisi primary school in Glasgow.
A parent from St Francis complained to the council, and officials there said they had received “numerous” other complaints.
The council added that they were concerned about sectarian-related abuse posted on YouTube after a video of the kids’ St Francis performance was placed on the site. The video has since been taken down.
A council spokeswoman said: “We would be delighted to have the children visit any one of our schools.
“It would, however, be entirely inappropriate for them to wear Celtic strips while singing songs.”
The council have spent large sums on schemes involving Old Firm players and staff visiting schools while wearing club colours.
Posted by Unknown at 10:15 AM