Indymedia Ireland Involved in Cover Up Censorship Abortion Cronyism Health Politics
international | consumer issues | news report Monday November 26, 2012 15:29 by BrianClarkeNUJ - AllVoices
Systemic Fascist Censorship of Irish Media
The leader of Ireland's parliamentary opposition, Mr Martin said he had been looking for information on the location of the 20 primary care centre sites for months, while it appears the Labour partnership in the Coalition Government was facilitating a cover-up. It would appear their partners in the so called media of the left such as Indymedia Ireland are also involved in censorship, to protect their former Stalinist comrade now private healthcare lobbyist, Gilmore.

Gilmore's Criminal Private Healthcare Buddy
The leader of Ireland's parliamentary opposition, Mr Martin said he had been looking for information on the location of the 20 primary care centre sites for months, while it appears the Labour partnership in the Coalition Government was facilitating a cover-up.

“It took us some months through the Freedom of Information act to get this very basic information, which I have been asking for in the Dáil for the last number of months, I asked the Tánaiste in the Dáil could he produce and would he publish this documentation immediately and of course they refused. The freedom of information request was delayed for a further month, which really illustrates complete contempt for the Dáil, a blatant lack of transparency and we now know why.”

As reported by The Irish Times of last Saturday, Swords and Balbriggan were added the day before the announcement of the chosen sites, while Ballaghaderreen and Kilkenny were put on the list, just hours before it was announced. Indymedia Ireland are also censoring material related to this cover-up, along with censoring material initially published but later removed, related to the murder in a Galway hospital, of a mother refused an abortion, to save her life. Indymedia Ireland are also involved in massive censorship of matters relating to Marian Price, with the removal of a family statement on the seriously deteriorating health of this political internee.

Ms Shortall who resigned from her post in the Labour coalition on principle, said at the weekend this revelation showed “blatant stroke politics” were behind the decision. Dr Reilly “started off by assisting some of his colleagues and looking after some of his colleagues, and then at the last minute slipping in another four, two of which were in his own constituency.This documentation gives the lie to the many convoluted excuses and justifications that Minister Reilly and his colleagues gave in the Dáil and elsewhere to claim that there was some other criteria used .. other than pure political patronage.”

In October Dr Reilly told the Dáil, that the rationale behind the decision on primary care centres chosen, were made from a list with a “logistical logarithmic progression”. Ms Shortall said the documents demonstrated this justification to be “codswallop”. Likewise the bullscutter on a abortion and the censorshit of Indymedia Ireland relative to Marian Price and Eamon Gilmore, has a distinct whiff of the old sticky, RTE, Brit censorshit contagion. They are a disgraceful example of the sell out of the Irish working class both in parliament and in the Irish media in the closed shop of passes for politics in the clearly unfree Irish state that is compromised to secret dark forces.

The orginal vote of no confindence was called after it was reported that a list of primary care centre sites was altered the evening before its launch to include four new centres, two of which were in Dr Reilly’s constituency. The two centres, located in Swords and Balbriggan, were added to the priority list despite them not being located in the top 30 locations drawn up by the HSE and then minister Róisín Shortall.

Meanwhile Reilly has the neck to insist this morning, that he stood by his actions. "I have made it very clear that I stand over what I did and if I had to do it all again I'd do what I did, there is very clearly a need for primary care centres in all of the locations mentioned." Mr Martin said he had been trying to get this most basic of information on the location of the centres for several months. Provisional Sinn Féin made new calls or Dr Reilly’s resignation with party health spokesman Caoimhghin O Caolain saying Reily's position was untenable following the revelations about the timing of the amendments to the primary care centre priority list. He said the plan needed to be revisited and revised in a publicly accountable way to ensure there was no bias involved in the allocation of the centres."

Eamon Gilmore who has firmly supported Reilly, should also resign immediately, along with all of the agents involved in systematic media censorship in Ireland, of all articles related to the progressive resolution of problems stemming from ignorance in Ireland, as a result of persistent censorship in both the corporate and infiltrated media of Ireland.
Related Link: http://irishblog-irelandblog.blogspot.com/

To stop your IP being automatically logged by the provider of the (Videotube) video content, we have not loaded it automatically. If you wish to proceed to watch the video, then please Click here to load the embedded video player for video Id 0BJ2rDe8LDc 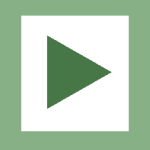 This setting can be controlled by your User Preference settings.
Posted by Unknown at 5:35 AM