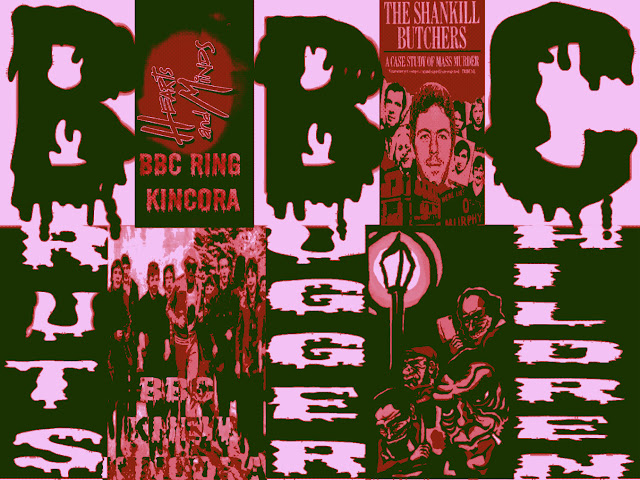 Jimmy Savile's 184-page book has many examples of one night stands and relationships with young women which he had during his career.

In one example, Savile describes an encounter with a young runaway from a remand home who was being hunted by the police.

He said; “A high-ranking lady police officer came in one night and showed me a picture of an attractive girl who had run away from a remand home.

“Ah,’ says I all serious, ‘if she comes in I’ll bring her back tomorrow but I’ll keep her all night first as my reward’.” Savile describes how the girl came to one of his dances that evening and stayed the night with him before he handed her over.

He added: “The officeress was dissuaded from bringing charges against me by her colleagues for it was well known that were I to go, I would probably take half the station with me.”

On another occasion, he asked organisers of a charity event to choose a group of young girls to spend the night camping with him after the disco.

He said: “Six girls were selected and all of them were given matching mini-skirts and white boots. They looked good enough to eat. The first thing was that the father of one of the girls arrived and hauled her off home. She protested loudly but dad would have none of this preposterous situation.”

Savile explains: “The inside of an E-type is not over capacious and just now seemed to be full of wet body, long black hair, legs and bikini panties.

“Apparently she had been sitting in a car down at the barrier with her parents, seen me go through, jumped out, run along the sea road and here she was.

“Such a start had to mean a good night.” He added: “Should the reader feel that her folks appear unconcerned, you would not believe the stories I might tell you about some parents.”

Savile describes being caught naked in his caravan with another gaggle of young groupies. He wrote: “The heat of the albeit innocent night had caused the girls to shed the majority of their day clothes. In some cases all.

“We all resembled some great human octopus. Again the knock.

“One of the girls rose from the human pile like Venus. Peering out of the curtain she became rigid with fright.

“‘It’s my mother and father,’ she hissed. There was a silent movie pandemonium. Escape was uppermost in my mind but that was impossible.”

In one of the most telling sections, Savile describes how six groupies once spent the night with him and his minder at a flat.

The following morning, while the DJ was on a bike ride, two of the youngsters’ furious mothers knocked on the door.

Savile claimed his bodyguard hid in the wardrobe while the girls dealt with their parents. He said: “I train my men well and, to date, we have not been found out. Which, after all, is the 11th commandment, is it not?”

The astonishing revelations in the book came as a rape claim made against the eccentric was referred to Scotland Yard. The allegation was reported to Surrey Police and is now being looked at by the Met to see if an investigation will be launched.

Jersey and Surrey police both looked into accusations against the entertainer about abuse in two children’s homes but decided there was not enough evidence to proceed.

In 2007, Surrey Police received an allegation of indecent assault that was alleged to have taken place at a children’s home in Staines during the 1970s.

The force said: “The allegation was investigated and an individual was interviewed under caution.

“The matter was referred to the Crown Prosecution Service, who advised there was insufficient evidence to take any further action.”

Haut de la Garenne 1940 The Jersey child abuse scandal is reported to involve the Zandvoort network . (Jersey stinks of Zandvoort / aangirfan: Jersey children raped, tortured, murdered and burned in …)”The ring was first uncovered when a key member was found dead in Italy. According to The Irish Times, he was murdered by another member of the ring. “His apartment in the Dutch town of Zandvoort was found to contain ‘thousands of digital images stored on computer disks,’ as well as ‘hundreds of addresses of suspected suppliers and clients,’according to the New York Times.” -Global Grey Child Abuse Rings & Satanic Ritual Abuse : Marc … The Zandvoort file is linked to Operation Koala, with 2 million files of child pornography(Marcel Vervloesem at the court of Appeal)
The Zandvoort network is alleged to have Belgian, Dutch and Portuguese branches. The Zandvoort network reportedly involved Marc Dutroux. (Marcel Vervloesem at the court of Appeal)

According to a report in The Daily Mail, 17 May 2007, a “secret chamber” was found in Robert Murat’s home. (Madeleine: Police swoop on Russian computer expert’s flat the …) Marc Dutroux had a dungeon in one of his houses.
“In ‘Beyond the Dutroux Affair‘, it was described how a cabal of highest level players, including judges, lawyers, top bankers, prime ministers and aristocrats were involved in child abuse and snuff networks (going right up to Bilderberg and the Nazi Stay-Behind networks).”It was also described how this cabal could place their own investigators in leading positions of the child abuse investigations and dismantle it by blocking important inquiries, putting detectives on false leads, and making carefully planned leaks to friendly newspapers.”
*        *        *

Many Masks, One Face

“Scallywag Magazine alleged that MI5 used to take foreign diplomats to the North Wales homes,give them boys to ’play’ with, secretly filmed them as they buggered, abused and tortured boys then kept the tapes as evidence. Over a dozen victims who complained of abuse by the paedophile ring ‘have met suspicious deaths’.”

“MI5 had been aware of a homosexual vice ring operating within the Kincora Boys Home in East Belfast. Colin Wallace was instructed to leak intelligence reports on Kincora (as part of a project code-named Clockwork Orange 2) to put pressure on key people…”
When I questioned why someone like Savile would be so close to the royal family I was told about his paedophilia and necrophilia (sex with dead bodies) and, of course, his famous voluntary work at hospitals would have given him potential access to the mortuaries.
Savile himself would boast about his connections to the royals and it was publicly acknowledged that he was a regular visitor to Buckingham Palace, Kensington Palace (where Princess Diana lived after her marriage ended with Prince Charles), and Highgrove (the country estate of Prince Charles).
Savile told Esquire: ‘The thing about me is I get things done and I work deep cover. I’ve known the Royal Family for a million years.’


Savile said that he had first been introduced to the royal family in 1966 by (known paedophile) Lord Louis Mountbatten, the uncle and mentor of Prince Charles. Mountbatten was Commandant General of the Royal Marines and arranged for the disc jockey to become the first civilian to be awarded the Marines’ Green Beret. It was one of a many ‘honourees’ that Savile would be awarded in the years that followed. Savile said:
Coming from Lord Louis, who was the favourite uncle of Prince Philip, that was quite something. So obviously I hooked up with the Prince – what was good enough for Lord Louis was good enough for him.
But what was ‘what’? Mountbatten was killed when a bomb exploded on his boat in Ireland in 1979 – a murder officially blamed on the Provisional IRA. New Zealand writer and researcher Greg Hallett writes in his book, Hitler was a British Agent:
Lord Louis Mountbatten was a pedophile, adulterer and homosexual incestuous lover for 10 years … the former King Edward VIII … was truly troubled by the revelations he too had betrayed the Canadians to the German Army, resulting in the open slaughter of those 4,000 men …
… the British monarchy arranged for MI-5 to blow up his boat (1979), happily covering their trail; by fitting up four IRA men … the tactic of blowing up one of your own leaders to cover up any incriminating evidence … was a face saving device to distract from even more damaging intelligence about the British monarchy working for the Germans, against peace, and for a prolonged war.

This is a young Prince Charles with his ‘mentor’ Lord Mountbatten and father Prince Philip. Greg Hallett names both Mountbatten and Philip as paedophiles. Of course, you don’t just take one person’s word for that, but my own sources which have proved to be so accurate about Savile and others told me the same nearly 15 years ago with the addition that they were both Satanists.
This is no surprise given that the British royal family, like all the royal bloodlines of Europe and further afield, are founded on Satanism and the manipulation of occult knowledge for deeply malevolent ends in league with the ‘dark suit’ expressions of the bloodlines in politics, banking, corporations and media.
But Jimmy Savile’s connections were certainly not confined to the royal family. They fanned out into the realms of politics and the rich and famous across the spectrum of human society. In short, he was not only a paedophile himself, but a supplier of children for some of the most famous paedophiles and Satanists on the planet.
The victims of his abuse that are now speaking out in the wake of the television documentary exposing his secret life are only part of a gigantic cesspit of paedophilia, Satanism, drug-running and murder in which he was involved.
I describe him as a ‘doorway to the cesspit’ because if you get past him and his fake persona you enter the sick and depraved world of the global bloodline elite. Savile was a ‘fixer’ – he described himself as such, though not in terms of what he was really fixing. As he told Esquire: ‘The thing about me is I get things done and I work deep cover.’ His most famous TV programme, Jim’ll Fix It, could not have been more appropriately named.
British police have said they are currently following 320 lines of inquiry into Savile’s abuse over decades all over the country, but if they are genuine and tenacious in their investigations and really want to know the truth they can multiply that by a very large number and still not be close to the totality.
If they do really want to uncover the truth they will have to be knocking on the door of Buckingham Palace eventually. If they don’t, it’s a cover up given the Windsors’ close relationship with Savile.
Posted by Unknown at 2:46 PM