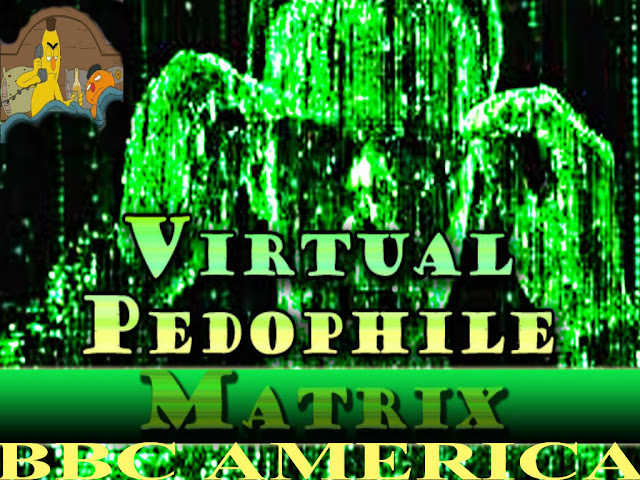 "TERRIBLE DAMAGE"
"We have to deal with the terrible damage to the reputation of the BBC which has hitherto been a national institution which people have trusted," Chris Patten, chairman of the BBC Trust which oversees the broadcaster, told BBC Radio.
"It was a very, very difficult initial baptism of fire for a new director general of the BBC, this great tsunami of filth broke over him 11 days into the job."
Savile, knighted by Queen Elizabeth for his charity work and famous for his garish outfits and long blonde hair, was a household name in Britain but little known beyond its shores.
Around the Web:

'This great tsunami of filth broke over him': Lord Patten ... - Daily Mail

“A paedophile ring operating where? At the BBC?” “Yes”

By DB | October 23, 2012 | Uncategorized
7tweetsretweet
I’ve rattled off a quick transcript from a key part of the Jimmy Savile/Neswnight Panorama. It really doesn’t get much more serious than this.

A: There are now allegations that Top of the Pops was a centre for abuse and that as well as Jimmy Savile others were involved.
B: A group of three have been described, men in their thirties, who would collect girls from the Top of the Pops audience and take them to other parties off the premises of the BBC. And inappropriate things have been described as happening then. Some quite serious.
A: And is it your understanding that these people worked for the BBC?
B: Yes, yes, so you know we’ve had one particular call that has names of people who can be traced on that and that will be passed on to the police.
A: Not all the victims were young girls. Lawyers are now hearing allegations that boys were targeted too.
C: There are some quite serious allegations that there was a paedophile ring operating. These are quite serious allegations.
A: A paedophile ring operating where? At the BBC?
C: Yes.
A: Involving other members of staff?
C: Yes

UPDATE. The Sun – making the most of it:

Why hasn't the media publicised that the late PM Ted Heath was a paedophile who 'fiddled' with little boys from the Jersey care homes on his YACHT.

ELITE CONNECTIONS: Truth About Savile and Pedophile Ring Was Hidden Because of Savile’s Royal Connections


Veteran BBC presenter Bill Oddie yesterday backed claims disgraced Jimmy Savile’s abuse was covered up – because he was friends with Prince Charles.
The Springwatch star, who appeared on TOTP with the Goodies when Savile presented it during the 1970s, said there was a “running sick joke” at the BBC about Savile being a paedophile.
He suggested there might have been some sort of “censorship committee” preventing the truth being released because of Savile’s royal connections.

The Prince of Wales and Sir Jimmy Savile in Glencoe in July 1999
The presenter also backed claims made by other former BBC presenters that Savile’s antics were well known at the time.
He said: “The idea that youngsters were prey – everybody knew that.
“I was not surprised at all. And the surprise is in a sense that that didn’t happen years ago.
“The establishment or who ever it is decided to keep it all quiet and decided to give him a knighthood. He was, to a certain amount, a friend of royalty.”

The pair of friends chat happily during the charity trip, where Savile kept a holiday cottage
He added: “I do not know why it took so long to come to light. That is what I am curious about.
“Whether there is somewhere in Britain, some sort of censorship committee that we don’t know about that suppresses these thing and somebody gets together in a room and says ‘come on he was a friend of Prince Charles, it would look awfully bad on Prince Charles if we said he was a bit of a perv’.
“And someone decides ‘yes you are right, we will keep it quiet, nobody will ever find out.’
“I don’t know who that would be.”

Bill Oddie claims the BBC covered up Savile’s sex abuse
Speaking after a question and answer session with students of Cambridge University’s historic debating society – The Union Society – on Tuesday, Oddie said Savile’s reputation was “just taken for granted.”
He said: “There was just this running sick joke that Jimmy Savile pestered the young youths of both sexes.
“It was just taken for granted. It doesn’t mean anyone thought they must do something about it – and it probably wasn’t realised how serious it was – it certainly wasn’t realised to the extent of the hospital – which is horrendous.
“When this came out it was not a surprise at all. The surprise is that it did not come out a lot earlier and the puzzlement is or the question is was it covered up or did people just chose to ignore it or was there an order and if so from whom, by whom and with whom saying we are not going to allow this to get published.
“It does make you think who would you look at. Would you look at the BBC, the police, would you look at the NHS hospital people? Did they all know and didn’t say?”
Oddie revealed there was a “naive groupies scene” at the time.
He said: “This is not a mitigating circumstance obviously, but the only thing I will say is that that was a time in history in television and radio and live shows where there was a sort of naive groupies scene.
“I do not think the girls were incredibly promiscuous, certainly not the younger ones.
“There were people who hung around after gigs and tried to get to the stars – or the disk jockeys.
“You haven’t half got a booby prize if you went for Cliff Richard and ended up with Jimmy Savile.”
He added: “The thing that you could not ignore was that it was the era of the sort of groupies.
“Not the heavy groupy, but it was an extension of those shots of the Beatles in the 60s where there is hundreds of girls crying and screaming and god knows what – well that was pretty rife.
“My wife was saying the other day about a friend of hers from way back when they went to see the Monkeys and the girl said I am going to try and get in the dressing room and my wife said ‘he will only want one thing you know’ and she said yes I know that is what I am going for.
“But that is not quite the same thing as a paedophile – that was just rock bands and includes other people I am sure and is due to availability and other things. The 70s was like that.”
Oddie, who started on BBC radio with his show I’m Sorry I’ll Read That Again, reiterated claims that former director general of the BBC Mark Thompson must have known what was going on with Savile.
He said: “It is so extraordinary that there is any sort of mystery – when the ex head of the BBC Mark Thompson the other day said ‘I don’t know anything about it’.
“You worked at the BBC and you don’t know anything about it – don’t be ridiculous.
“That is absolute nonsense.”
Oddie claimed Savile “bribed his way out” of getting found out for molesting children in hospital because he was a large donor.
He said: “Anyone of that era knew something – he had a reputation for being a groper.
“The most awful aspect is the idea of molesting kids in hospital – that is just unbelievable. He was sort of bribing his way out of it by giving millions of pounds to the hospital – that is staggering.”
As well as Savile’s contact with children at the BBC, his interaction with sick youngsters at Stoke Mandeville Hospital, in Sussex, and Leeds General Infirmary, is also being investigated.