WAKE to F**K up IRISH PEOPLE ! 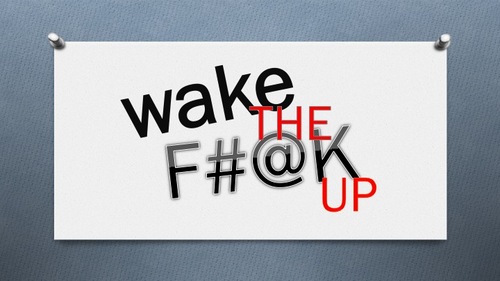 Irish patients have the highest risk of dying in Western Europe

The first large-scale study to explore surgical outcomes across Europe has found that Irish patients have the highest risk of dying in Western Europe and the fourth-worst mortality rate among 28 European countries. Ireland is placed behind Poland, Latvia and Romania in the overall mortality table, published in a recent issue of the Lancet (2012;380:1059-65), but is worse off than Slovakia or Croatia.

Overall, national estimates of death following general surgery have been too optimistic, the study noted. New estimates generated using a snap-shot of death after surgery in more than 46,000 patients from 500 hospitals in 28 European countries indicate that overall crude mortality is 4 per cent, which is more than double previous estimates.

In the UK, the mortality rate was 3.6 per cent, well above the highest previous estimates of between 1 and 2 per cent. Ireland recorded a rate 6.4 per cent.

Lead author Dr Rupert Pearse from Queen Mary, University of London, stated that nearly three-quarters of patients who died were never admitted to intensive care: “Failure to allocate critical care resources to patients at greatest risk of death is a serious public health concern for patients undergoing surgery in Europe.”

Editor: Link to the Lancet publication is below. To read the full text requires a subscription
http://www.thelancet.com/journals/lancet/article/PIIS0140-6736%2812%2961148-9/abstract
Related Link: http://www.imt.ie/news/latest-news/2012/10/ireland-fare....html
Add Your Comments >>

There is a report carried on Channel 4 news website about this study. The most interesting quotes are:


....The researchers investigated more than 46,000 general surgery patients, who had all been monitored for up to sixty days after their operation.

In the UK, the post-op death rate was 3.6 percent, more than double the figure from an earlier study, which collected data over a much shorter time period.

The research also found a wide variation in death rates between countries,: patients in Poland, Latvia and Romania had the greatest chance of dying after surgery, while in Iceland the mortality rate was just 1.2 percent.

The study leader, Dr Rupert Pearse, blamed a lack of resources. "Nearly three quarters of patients who died were never admitted to intensive care", he said. "Failure to allocate critical care resources to patients at greatest risk of death is a serious public health concern for patients undergoing surgery in Europe."

The UK, which had the biggest number of cases involved in the study, was used as a reference point to compare the performances of other countries. Several other Western European nations had a worse record, including Ireland, Italy, Belgium, Portugal and France.

But the European Surgical Outcomes Study also found that heart patients, who are routinely admitted to critical care after a surgical procedure, have a much lower mortality rate of 2 percent.

So it seems in all countries a lack of resource after surgery is a big factor in the case of death since those that received critical care (-I guess that would be intensive care to most people), had a lower death rate.

And given that Ireland is in the poorer outcome end of the spectrum then that has to be because we are allocating those critical resources to bankers, speculators and bondholders rather than the patients that need it. And as we know more big cut backs are on the way to help pay off those poor bondholders

The study was carried in April 2011
Related Link: http://www.channel4.com/news/concern-over-death-rates-a...rgery
Graphic of Ireland's position in league table of death ratio after surgery

The graphic shows how far down the league table Ireland lies. It is from the Lancet study referred to in the above article
In the figures produced by the study for the percentage of people who died in hospital of those considered in the study was 6.4% for Ireland. The UK was 3.6% or almost half. 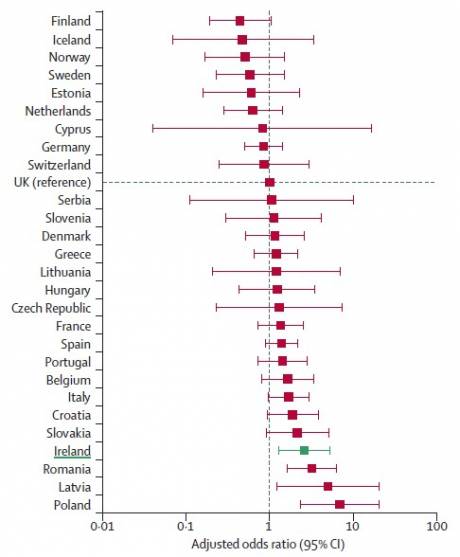 So essentially what all of this means, if recent announcements about cuts in Irish Government's Children allowance, Old Age pensions and disability benefits are correct, is that combined with these reports on hospital surgical care, the bankers take all of the most vulnerable money.

All of this with a supposed Labour in Government overseeing this daylight robbery. WAKE to F**K up IRISH PEOPLE ! Spain's leader says today, that they don't want a bailout, while their unemployment is nearly 25 percent ! The European system is untenable and the bankers will start another fascist war like last time, to get rid of several million unemployed, while making huge profits with their industrial war complex. 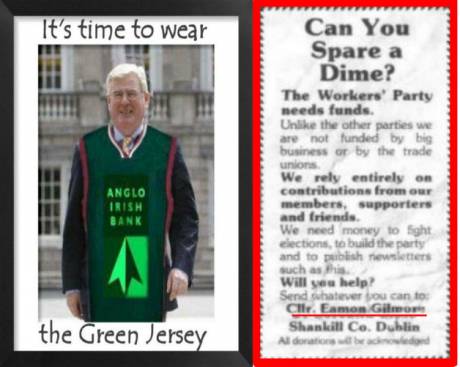