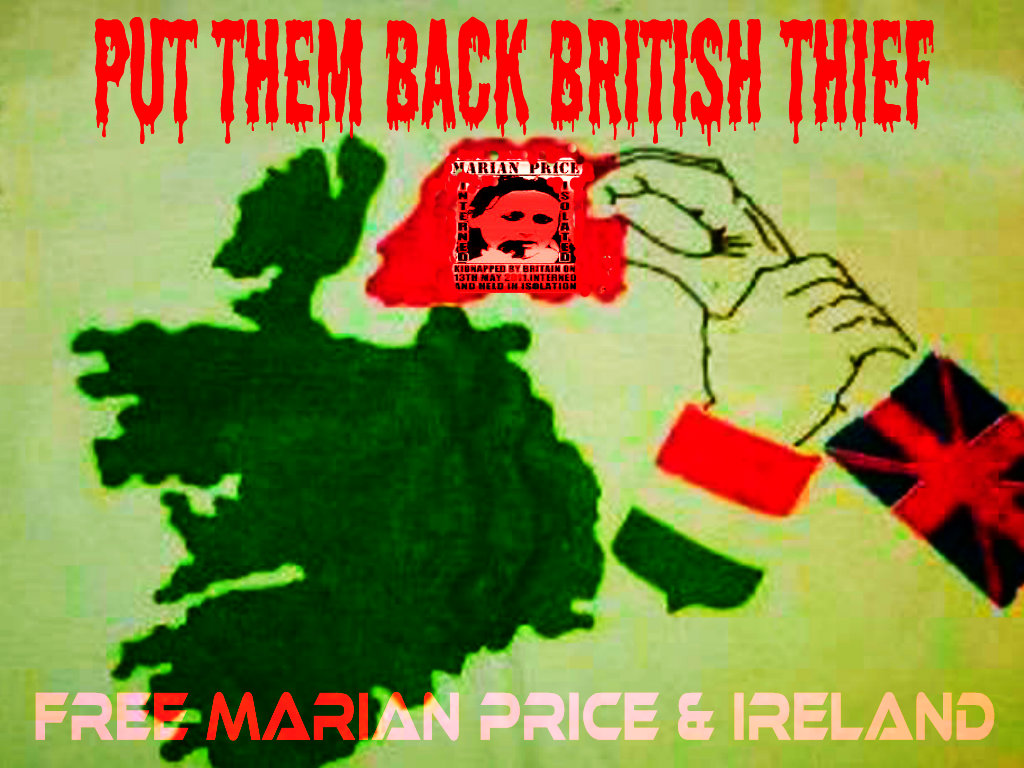 New evidence is emerging that Marian Price was drugged involuntarily and secretly, without her knowledge, with a substance that has a long history as a truth serum. Scopolamine was also administered to several other interned Irish internees in British Occupied Ireland, who are referred to as the Guineapigs because of the many British experiments carried out on Irish political prisoners.

Documents on British operating procedures for experiments were obtained by the independent mediacl monitors investigatiing Marian Price's and other Irish political prisoner's bad health which reveal that several drug's used on Irish internees are primarily experimental. Experts have said that one of the drugs scopolamine is not recommended, because of the severe side effects which is currently causing considerable a serious medical condition, distress and agony for Marian Price, who has been reported as close to death, on several occasions after British torture and experiments which are primarily about sensory deprivation.

The British government has not responded to accusation and evidence of drugs being secretly given involuntarily to Marian Price and other  Irish  political internees. Irish internees along with Marian Price were drugged without their knowledge, with unknown substances used for experiments on them and several internee medical records are incomplete, with names and drug dosage removed. Details of the mistreatment of Marian Price are about to emerge publicly.

Details and evidence about the use of scopolamine and other mind altering drugs are emerging, that leave Irish political prisoners of conscience, drowsy, disoriented and sometimes as with Marian Price in considerable pain. It is believed that Marian's sister Dolours who was also tortured by the British, was used as a guineapig for British drugs without her knowledge. The CIA, because of its many undesirable side effects, stopped using scopolamine as a truth drug, because of the seriously harmful side effects. which include, death, hallucinations, faulty perception, headaches, heart attacks and blurred vision.