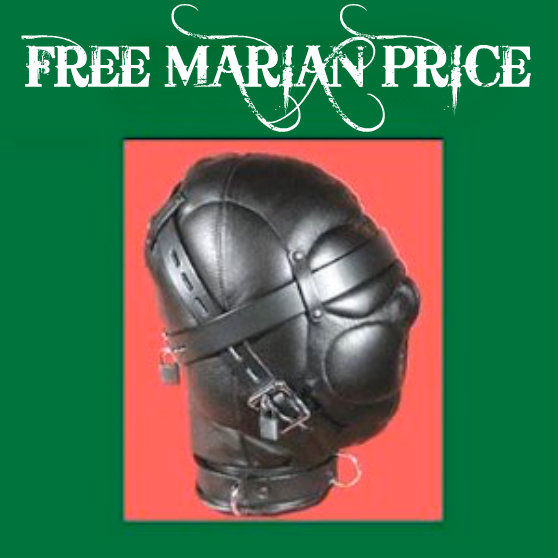 From the back cover: Internment: the story of 50 years repression of the Irish

A knock on the door! In the early hours of the morning. A splintered lock and armed men break into your home. They are military and police. You are dragged from your bed. Jail or internment camp? No charge. No trial. This has been the pattern in Ireland, North and South, for more than 50 years.
It is the story of internment; of the thousands of men and women who have been subjected to it; of the conditions, the brutality the escapes and the politics of it all. From Frongoch to long Kesh, Mountjoy to the Curragh. From the hulk of the Argenta to HMS Maidstone.
Did internment work in the past? Why did it fail in 1972? Why did Britain contravene the European Convention of Human Rights? What really did happen in Palace barracks? What was it like in the camps? How do the Special Courts work, North and south?
The man who laughs has not been told the news — Bertold Brecht.

I would particularly like to thank those internees, past and present, without whose assistance this book could not have been written. Many of them wish to remain anonymous and I must respect their wishes, but my special thanks go to Eddie and Mary Keenan, Frank and Rebecca McGlade, Jimmy Drumm, Paddy Joe McClean, Pat Shivers, Willie John McCorry, Geordie Shannon, Art McMullen, Patsy Quinn, Tony Cosgrove, Billy O'Neill, Joe Parker, Gerry Maguire, 'Tex' Dougan, Eamonn Kerr, Hugh Corrigan, Harry McKeown, Phil McCullough, Paddy Murphy, Chris Canavan and John Hunter. Nor can any acknowledgement be complete without mention of Nora McAteer, Jimmy McKeown, Liam Begley, Paddy Brown, Dermot Kelly, R. W. Grimshaw, Michael Walsh, Dicky Glenholmes, Gerry and Rita O'Hare, Robin, Jackie Crawford and Archie 'Jim' Auld.
The untiring efforts of the Association for Legal Justice and the Anti-Internment League to uncover the evidence of ill-treatment were of great help to me, as were the staff of the Linenhall Library, Belfast. Advice on various legal matters was kindly given by Kevin Boyle and Patrick Lynch, LL.B. The list of personal friends who were of assistance is too lengthy for inclusion but I would particularly mention Judith, Joe, Dave, Eleanor for her erratic typing, and for their hospitality John Johansson and Bill and Jacqui Van Voris.
It should be stressed that none of the above are in any way responsible for the opinions expressed in the book, which are my own views. I am, finally, greatly indebted to Dan Nolan for the benefit of his wide experience in publishing.
JOHN McGUFFIN
Belfast, March 1973

INTERNMENT – Indefinte detention without charge or trial – is not confined to Ireland. Virtually all countries, from the most overtly totalitarian to the most 'liberal' social democracies have on their statute books repressive laws to be used in any 'emergency' – that is when the ruling regime is threatened from below. In Ireland, however, that 'emergency' has been going on for over 50 years.
This book is only concerned with internment in Ireland, North and south, from 1916 to the present day. The author shows how internment has been used as a political weapon, how it has succeeded in the past and how in the long run it has been a majot factor in the downfall of Stormont, the parliament of Northern Ireland.
But most of all this is the story of the internees, working-class men and women who have suffered and, in some cases, died for their beliefs. They are neither heroes nor villains, although many have shown great bravery and heroism and some have been guilty of cowardice. In this book they tell for the first time what it is reallly like to be interned. They are not well-known public figures, politicians or publicists. They are ordinary men and women who have suffered for their ideals an dwho remind the readers that the 'knock on the door' could be heard by them too. For those peace-loving citizens who unreservedly support the forces of 'law and order' this book reminds them of the old caveat: Quis custodes custodiet? Who will guard the guards?
Parts of this book, particulary those dealing with torture and brutality, do not make pleasant reading. But then we do not live in pleasant times.

The Knock on the Door


n May 2011, Marian Price was arrested after she held up a piece of paper on a windy day, at a traditional Easter commemoration from which a masked man read. She was taken to Maghaberry high security prison (an all-male prison) and was placed in solitary confinement, where Marian was accused of, ‘encouraging support for an illegal organisation’. Marian has now been in prison for 16 months, during which time neither her lawyers, or Marian have been allowed to see any of Britains ‘alleged’ evidence. Having been previously force fed 400 times by the British in an English prison and in considerable, ill health, distress with extreme pain as a result of Internment, Sensory Deprivation, and previous Force Feeding ;
• She has been kept in solitary confinement in a ‘male’ high security prison
• She is effectively interned without a trial, sentence, or release date.
• She has not been given any timescale for any investigation.
• She has not been allowed to see the evidence that the state claims to have
• Her release has been ordered on two occasions by judges. However, on both occasions the secretary of state has overruled those decisions.
• The secretary of state claims he has ‘revoked Marian’s license’. This is despite Marian never being released on license. She was given a Royal Pardon.
• Marian’s Royal Pardon has ‘gone missing’ from the home office (the only time in history). The secretary of state has taken the view that unless a paper copy can be located – it must be assumed that she does not have one.
• Despite no ‘license’ existing for her release from prison in 1980, it is the non-existent license that is being used to keep her in prison.
• She can only be released by Theresa Villiers the current Secretary of State responsible.
The charges against Marian were thrown out of court for lack of evidence by a Judge, the last time she appeared and now the very same charges have been re-instated against Marian again !
Posted by Unknown at 9:33 AM