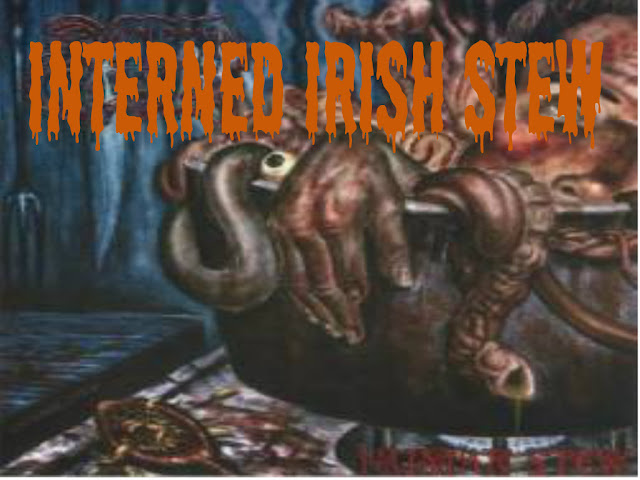 
Being that the Union of Britain and Occupied Ireland, is founded on the values of respect for the Monarchy, freedom, democracy, the rule of law and respect for human rights, including rights of persons belonging to Irish minorities, I would like to make a modest proposal, in relation to the fair and reasonable distribution of food supplies, to lesser well off Irish natives, not unlike the victims of that Holocaust, which your great great great grandfather, presided over in Ireland.

This proposal has come to my mind, since I became aware that you're royal self, graduated and worked as a barrister and as a lecturer at King's College London. Driven by the sad object of your Irish sister being interned without trial, in solitary confinement for her political conscience and observing that you're bosses in the secret services, are hell bent in keeping her there, I concluded  while travelling through your god fearing colony to which you have just come, in places such as Banbridge, Ballymena, Lisburn, Shankill Road, etc, the great prosperous parts of the colony, the growth of flesh upon the loyal inhabitants there. Sad to say however, loyalists in Ireland these days, are more likely to wobble and ripple as they progress about their British marching business, rather than move in any brisk military way, in the hats their father wore. This growth in weight and stature, since your great, great, great grandfather's time of holocaust famine, treatedin a notoriously flippant fashion by the BBC and the great and good British media, as being the result of "Modern Life" rather than a stark mentored, priviliged, contrast, to places like Newry, Derry, Craigavon, etc.


Alas, the ghost of your great, great, great, grandfather's holocaust famine years of skeletal, spectres of the starving 1840's and the calculated Victorian, eugenics of ridding Ireland of 6 million of those native, Irish savages. Not to worry your royal Villiers, all traces of war crimes and systematic ethnic claasnisng, have been well and truly exorcised, by well paid revisionist historians, expensive quills, still updating and diligently revising, more recent events, as the shape and girth of their bodies blend, harmoniously in the loyal towns of your colony in Ireland, that I have just mentioned. Unfortunately in the present economic circumstance, our already hard pressed health system, is squeezed by the presence of this epidemic of loyal obesity. Fifty percent of adults in your loyal towns, now suffer this illness and its very existence, strikes at the core of any god fearing loyal subject. While in far-flung communities, like Newry, Derry, Lurgan, etc. people stretch out their hands, for food supplies and thousands of children suffer from malnutrition, while their so-called brethern of your great colony wear with pride, their well rounded abdomens and double layered spare tyres.


The solution, like the good solution of our dear Dean Swift, is breathtakingly simple. Special surgery for the removal of loyal body parts, would be a key role in the implementation of my proposal. To set up clinics testing individuals by measurement of body mass, followed by recommendation from medical experts, on whether a spot of internment or surgery would be appropriate. Naturally there would be much gratitude displayed by your loyal subjects, to be interned like Marian Price, rather than carved, as is the case presently, in the instance of Ms Price, who has the audacity, to question British royalty in Ireland The discarded loyal flesh would be cured and processed, using the expertise of the finest chefs, transformed into meat products, which could be distributed amongst the poor starving Irish dissident minorities.The fat matriarchs of Banbridge and Ballymena, could then keep Ms. Price company in solitary confinement, while they are force starved and she is force fed.

A particularly large Ballymena abdomen for example, carrying five stone of extra flesh, would after the necessary refinement, produce three hundred large sausages, five hundred best back rashers and lashings of well-seasoned, savoury meat-balls. No loyalist will be exempt from flesh testing. In a demonstration of leadership by example, I suggest that Ian Paisley be the first to step up to the podium, followed by Lord of Muck of Londonderry, to ensure there is no perception of discrimination. I believe Mr Paisley would effortlessly produce a great supply of best sausages, substantial rashers and greasy finger licking, meat balls. Mr Paisley would be showing great leadership, as in the the Lord Muck royal handshake, by pioneering a method of food provision, to starving, dissident, barstewards in North Belfast.Your vice royal, Ms Villiers, I make my modest proposal, that the over-indulgent part of you Irish colony, be absolved to sustain the other, in perfect British royal symmetry, with a dash of progressive internment without trial which a graduated and hardworking barrister and lecturer at King's College will hopefully appreciate.